A 3.6 MAGNITUDE earthquake hit Los Angeles at about 7am on Sunday, October 24, shaking the area and waking residents.

The US Geological Survey said the earthquake began at 7.01am and although it was initially recorded as a 3.9 magnitude, it was downgraded shortly after. 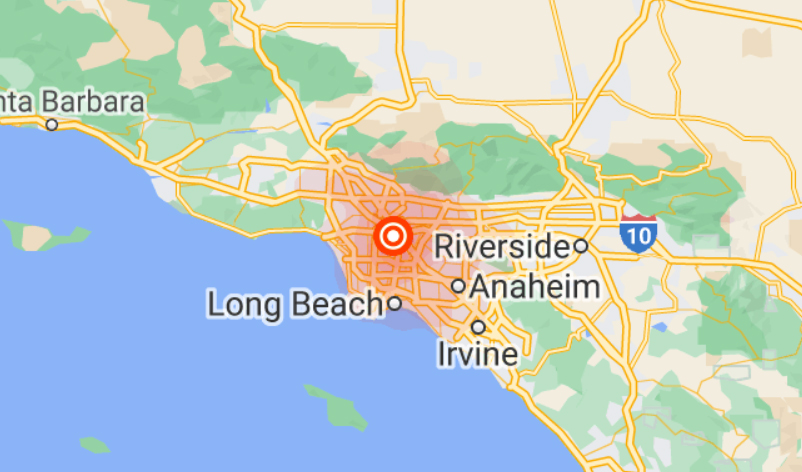 Was anyone injured from the earthquake?

The earthquake reached a 10-mile radius in East Los Angeles on Sunday, and local media reported it woke residents in the area.

There weren’t any injuries from the low-magnitude earthquake, although the earthquake mode protocol was activated, according to the Los Angeles Fire Department.

No reports of damage have been recorded in the area.

What did residents say about the earthquake on Twitter?

Many Los Angeles locals said they didn’t feel the earthquake that hit, while some said it briefly woke them.

“I didn't feel anything, but it looks like there are no injuries or damage from the earthquake,” one person said on Twitter.

Another person posted, “I'm a L.A. native and in L.A. and didn't feel it nor is there any damage in my area. Getting #Rain would be bigger #news than this, we're in a drought!”

Meanwhile, one person tweeted at about 12pm Sunday they weren’t aware an earthquake hit. His post simply said, “Apparently there was an earthquake this morning in East Los Angeles.”

How often does Los Angeles get hit by earthquakes?

According to a National Geographic article in 2019, an earthquake occurs in California every three minutes.

The article reported that a study showed Southern California alone experienced 1.81 million earthquake temblors between 2008 and 2017.

The climate crisis is increasing the frequency of earthquakes, and Rystad Energy reported tremors above a 2-magnitude quadrupled in 2020.

If oil and gas activity does not decrease, the seismic activity analysis suggests the frequency will further increase in the coming years.