Birmingham: Britain’s new Prime Minister Liz Truss has been forced to drop her plan to cut tax for the rich, after MPs defied threats that they could be kicked out of the partyroom and warned they would vote against the plan.

Truss, who models herself on former prime minister Margaret Thatcher, confirmed the backdown on social media, just 24 hours after she went on television before her debut at the Conservative Party conference under way in Birmingham. 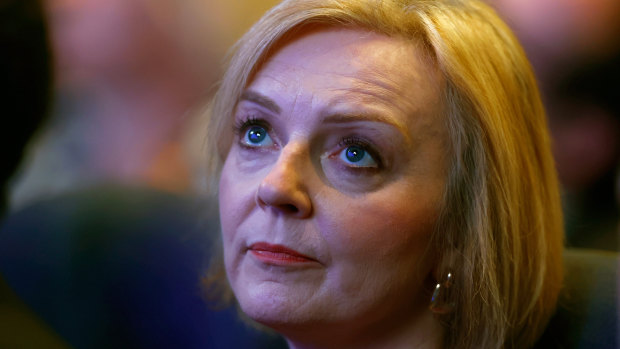 “We get it and we have listened,” she said.

“The abolition of the 45 per cent rate had become a distraction from our mission to get Britain moving.

“Our focus now is on building a high-growth economy that funds world-class public services, boosts wages, and creates opportunities across the country.“

Truss was reposting the announcement made by her Chancellor Kwasi Kwarteng, who first announced the backdown.

Truss had said the day before that it was Kwarteng’s decision to abolish the 45 per cent tax rate in the first place and that it was not taken to cabinet, comments widely perceived as Truss putting some distance between her and the Chancellor, her closest ally.

The announcement of the unfunded tax cut for the country’s top earners spooked the markets and caused the pound to slump to historically low values and the near collapse of the pension funds.

The Bank of England had to intervene and buy £65 billion worth of long-term debt to rescue the currency, which has recovered its losses, and shore up the pension funds.

It also caused a furious backlash among MPs who said they would vote against it, sparking threats from the Conservative Party chairman Jake Berry, that they could be kicked out of the partyroom and denied the whip or voting with the government.

One MP who represents a red wall seat, told The Sydney Morning Herald and The Age that: “When Liz Truss and Kwasi Kwarteng clash with newly minted backbenchers Michael Gove and Grant Shapps – it’s clear who’s going to win every time.”

A range of MPs welcomed the backdown, saying the government had listened.

The Labor opposition said the government was just making it up as they went along.