Amid the outpouring of grief and flood of memories triggered around the nation by the death of Olivia Newton-John, so soon after Archie Roach and Judith Durham, it cannot be overlooked that all three emerged from the music and cultural incubator that is Melbourne.

What is it about this city that nurtures so much of the creative output of contemporary Australia? As the latest statistics show a further decline in CBD office occupancy rates, the best thing our civic leaders can do is to support, empower and enable our creatives to help drive the post-COVID recovery. 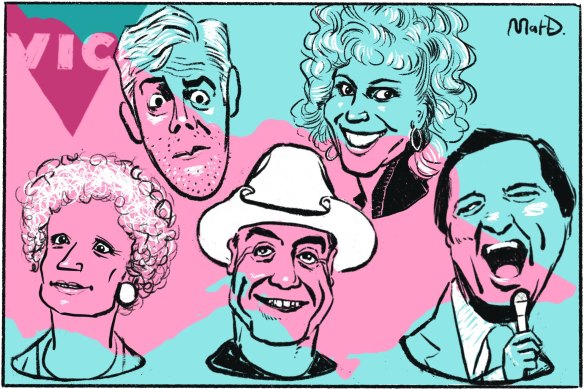 What is it about this city that nurtures so much of the creative output of contemporary Australia?Credit:Illustration: Matt Davidson

There are profound lessons to be gained from understanding why cultural Melbourne punches so far above its weight, and how much of that evolved in the post-Vietnam War era. It is a story of rebellion, risk-taking and rule-bending – if not breaking – in an era where the tectonic plates of generational change became unstoppable.

In the late ’70s, a friend told me to go catch a cool new band with an improbable name inspired by a road sign. Men at Work were playing at a pub in Richmond and she knew someone who knew someone who said they were going to be the next big thing. Foolishly, I did not take her advice. By the time I did see them it was far less intimate and much more expensive.

Daddy Cool, Captain Matchbox and Spectrum all played at student union gigs in the late ’70s, fragrant, suspicious clouds curling up amid our dancing throng as we got stoned from passive smoking.

I remember – vaguely – Ross Wilson belting out Eagle Rock at the crowded old Fitzroy church hall known as the TF Much Ballroom in what were then the squalid and scary wilds of Brunswick Street. Just 50 metres away, the seasoned drinkers at the rough Gertrude Street pubs – the Builders Arms, the Rob Roy, the Champion – made it clear hippies were not welcome. We were too afraid to even try to go in for a beer. 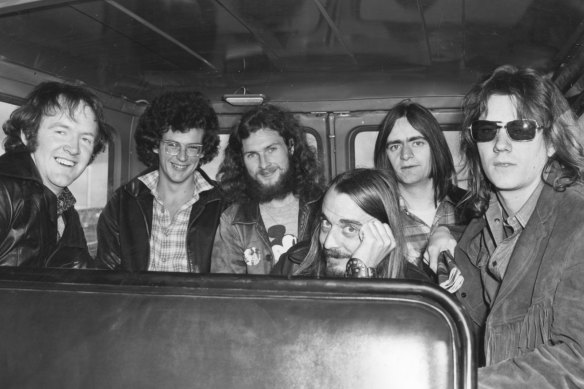 Not every band became famous. The little-known Pete Best Beatles would draw a modest but devoted crowd to Friday night gigs, with the eccentric Johnny Topper and his mates singing The Ute and taking us “rabbit shooting, rabbit shooting….” as our inelegant dancing incorporated bunny ears.

Rod Quantock and Mary Kenneally had opened the Comedy Cafe in Brunswick Street, and a few years later the grungy strip welcomed those benchmarks of cool The Black Cat, The Fitz, Rhumbarellas and Marios’ Cafe.

John Pinder’s Flying Trapeze Cafe (the Flytrap) moved to the converted Rechabite’s Hall on the corner of Gertrude and Smith Streets and then morphed into the Last Laugh Theatre Restaurant, ground zero for the Melbourne comedy scene and incubator for that eventual juggernaut, the annual Melbourne International Comedy Festival.

Amid the Italian eateries, Carlton’s drawcards included the exotic Cafe Paradiso and Tiamo. LaMama Theatre spawned the sadly long-demolished Pram Factory. ABC TV started Countdown in 1974, to predictable outrage, and the tut-tutting of our parent’s censorious generation was ignored as it found immediate success. 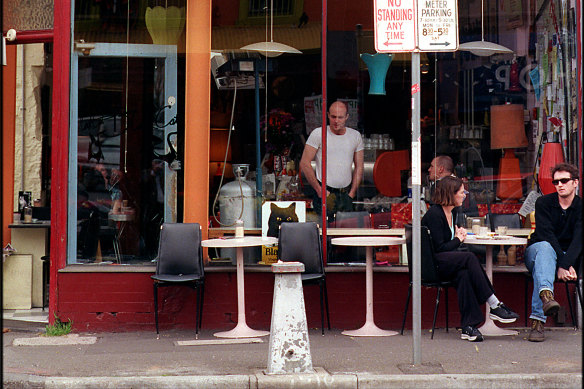 The Black Cat cafe is still in operation on Brunswick Street, Fitzroy.Credit:Sebastian Costanzo

The family tree boasts a formidable roll-call: AC/DC, Paul Kelly, Skyhooks, Chrissy Amphlett and the Divinyls, John Farnham, Russell Morris, Renee Geyer, Hoodoo Gurus, Hunters & Collectors and all the way through to Kylie … this list could and should go on. A special mention to non-performing superstar Michael Gudinski (another who left too early) without whom much of the scene would never have happened. And it is not possible to celebrate our rock’n’roll credentials without saluting Molly Meldrum. The role of radio stations 3RRR and 3PBS could not and cannot be overlooked as hothouses of musical talent as well as providing the first airplay for countless musicians.

Today, there are local kids making it big overseas like King Gizzard & the Lizard Wizard, touring and selling out stadium shows on their North American tour. Amyl and the Sniffers sell out venues with 25,000 capacity as they too tour the US this northern summer.

At the risk of wallowing in nostalgia, the lessons to take from this anecdotal account, lacking in any historical precision as it does, are clear. It is always youthful rebellion that challenges the establishment, in the arts as with anywhere else.

A creative community is not an accident of history – it is the product of inspired and eager storytellers, risk-takers and entrepreneurs that compel governments to eventually listen. 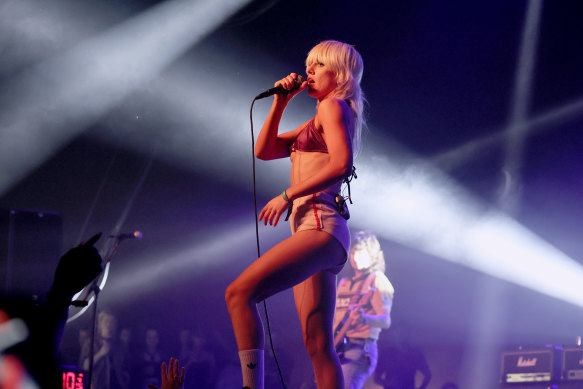 Melbourne band Amyl and the Sniffers is selling out concert halls in the US.Credit:Getty Images

Our musical and creative revival happened despite the governments of the day not because of them. To look to the government to be creative is as pointless as asking a rock and roll band to behave.

Hard to believe, but in the ’70s, ours was a city where you could not – legally – buy an alcoholic drink after 10pm. Shops closed at noon on Saturday and did not open at all on Sunday. Late-night shopping was unimaginable. City streets were empty on Saturday afternoons and all day Sunday. Our renowned and much-copied cafe and laneway scene – now celebrated as quintessentially Melbourne – could only work when there was a reason to already be in the city. 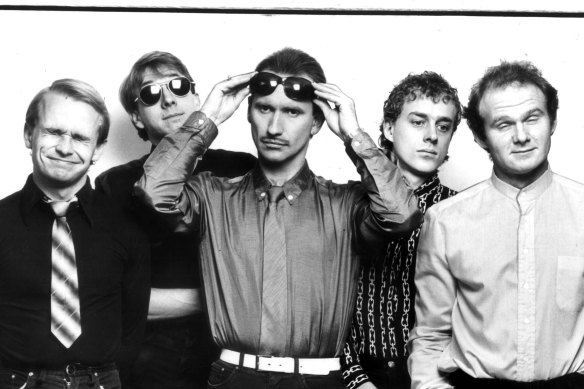 Melbourne band Men at Work made it big globally in the 1980s.

And in our city, there always is a reason to be there. We’re spoilt. Don’t forget to get out there and celebrate those artists and performers who feed the soul of our metropolis.