CONFUSION surrounds allegations against Liam Scarlett, the ballet star who has died aged 35.

An independent probe into accusations of sexual misconduct against the Royal Ballet's former artist-in-residence found "no matters to pursue". 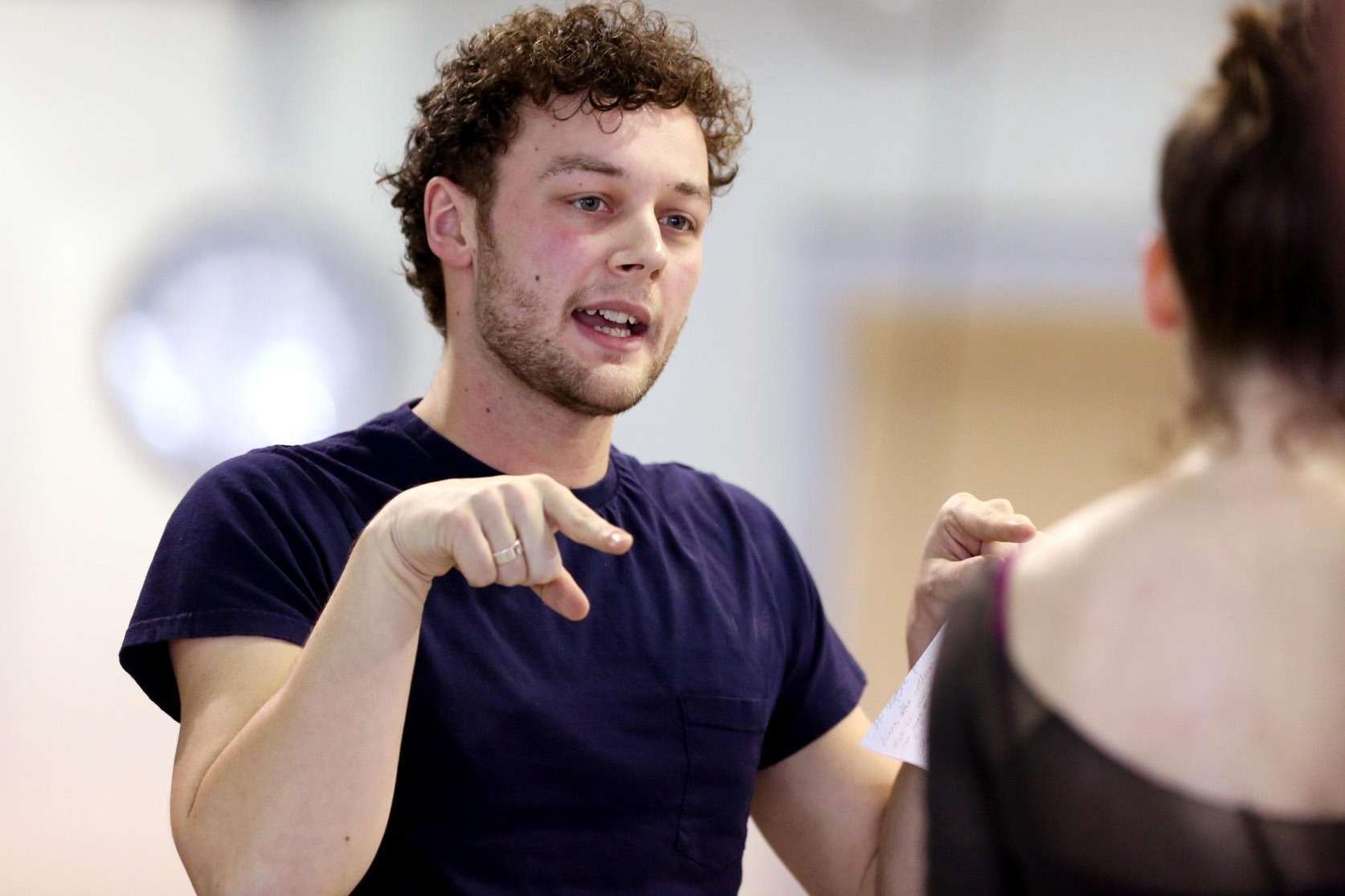 What were the allegations against Liam Scarlett?

The Times reported: "The internationally renowned former dancer, once tipped as one of the hottest stars in the ballet world, left the Royal Ballet last year amid allegations of inappropriate behaviour."

No criminal charges were brought against Liam Scarlett, who was found dead on Friday, April 16 2021.

There had been allegations of sexual misconduct spanning ten years, with claims that he had behaved inappropriately towards students and allegedly encouraged them to send him naked photos, the Times added.

He had been suspended by the Royal Ballet in 2019 after former students made allegations of sexual misconduct, reported the Guardian, and the BBC.

Scarlett was also banned from Covent Garden while an investigation was being conducted into the claims.

A spokesperson for the Royal Opera House said: “We were made aware of allegations relating to Liam Scarlett in August 2019.

"The individual was immediately suspended, and an independent disciplinary investigation opened.

“The Royal Ballet Company has a code of conduct in place to ensure staff and visiting artists are always supported.

"As the process is still ongoing, and as a duty of care to staff and artists, we are unable to comment further until the matter has been concluded.” 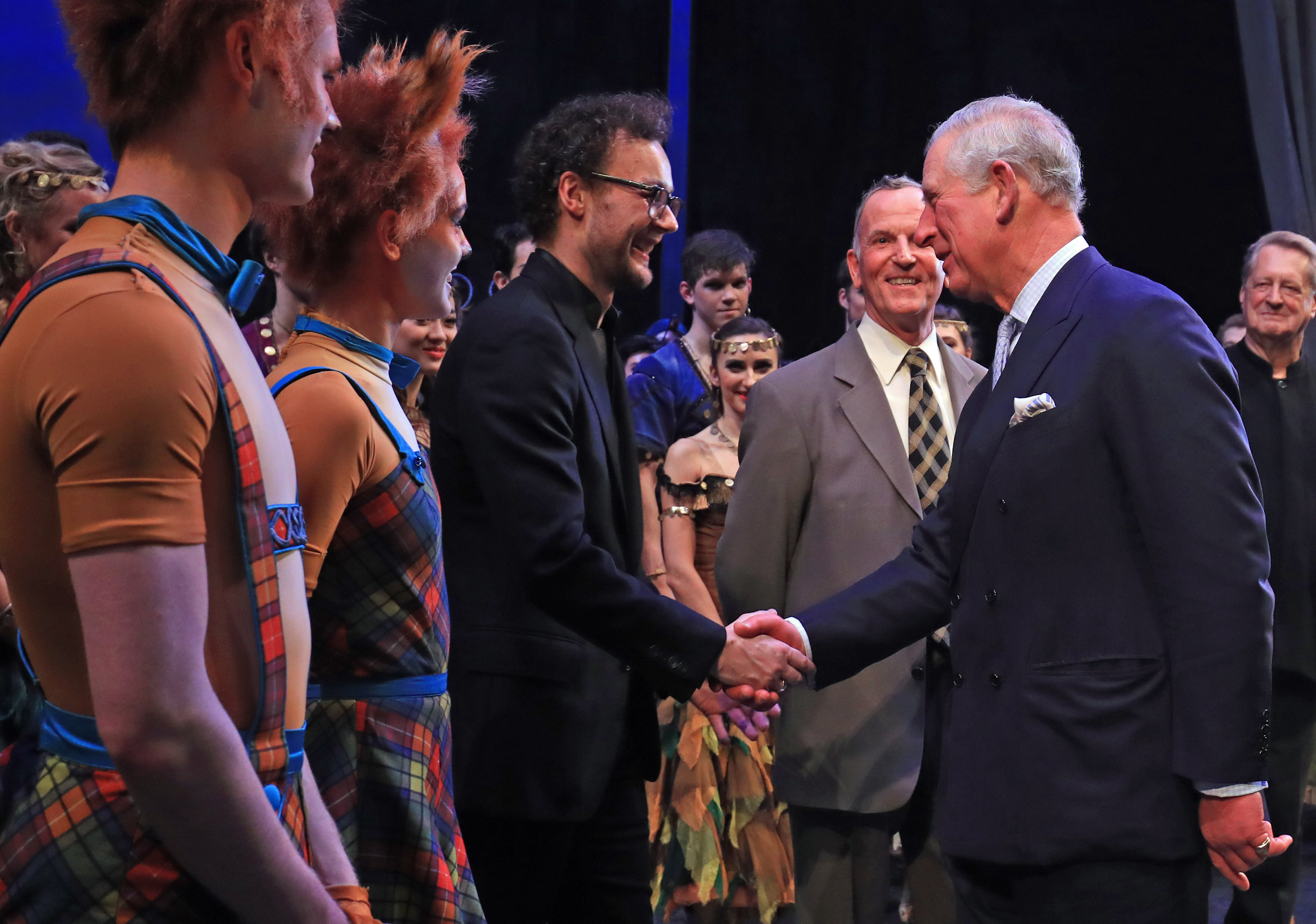 The Royal Ballet school confirmed an investigation into Scarlett’s conduct “may relate to some of our former pupils.

“We will, of course, be offering our full co-operation to the investigation team," the Guardian reported.

However, the Royal Ballet announced in March 2020 that a seven-month-long independent investigation had found “there were no matters to pursue in relation to alleged contact with students of the Royal Ballet School”.

Yet it terminated its relationship with Scarlett and cancelled planned productions of his work, reported the Times.

But the artistic director said Queensland Ballet had conducted its own investigation and found no evidence of improper behaviour by Scarlett in Australia, reported the Sydney Morning Herald in 2020.

On Saturday, April 17, 2021, the Times revealed that performances of Scarlett’s production of Frankenstein had been axed by the Royal Danish Theatre.

The cancellation – announced 'shortly' before Scarlett was found dead – was in response to allegations of misconduct "towards several members of staff" during rehearsals in 2018 and 2019.

Director of the theatre, Kasper Holten, said: “Offensive behaviour is unacceptable at the Royal Theatre, also from visiting artists.

"The wellbeing and safety of our employees is a high priority for us.

"We therefore do not wish to perform the works of the choreographer in question until further notice and Frankenstein in the spring of 2022 has therefore been cancelled.” 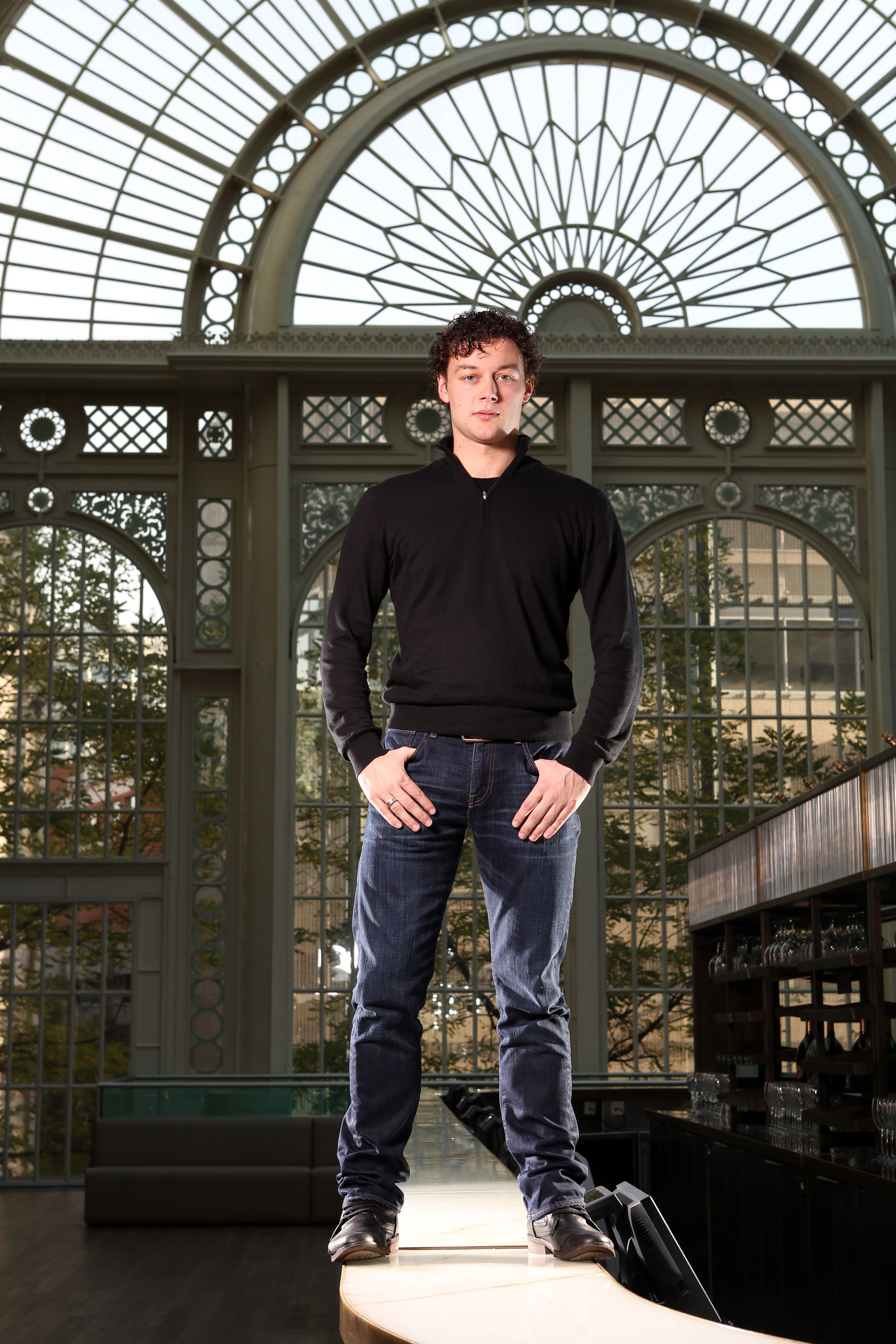 How long was Liam Scarlett with the Royal Ballet for?

Ipswich-born Liam Scarlett trained at the Linda Shipton School of Dancing before joining the Royal Ballet School, a classical ballet company based at the Royal Opera House in Covent Garden, London.

While at the school he won both the Kenneth MacMillan and Ursula Moreton Choreographic Awards, and he was the first recipient of the De Valois Trust Fund Choreographers’ Award.

Scarlett graduated into the Royal Ballet in 2005, before being promoted to First Artist in 2008.

He retired as a dancer in 2012, to focus on choreography, becoming the Royal Ballet’s first Artist in Residence that same year.

The star's position with the company ended in March 2020.

In a very short statement following the announcement of his death, the Royal Ballet said on its website: "We are deeply saddened to hear the news of Liam Scarlett's death. Our thoughts are with his family and friends at this very sad time." 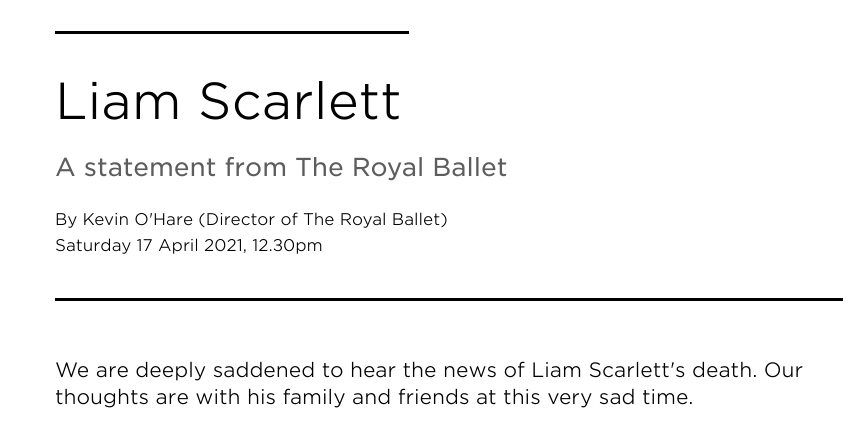 How did Liam Scarlett die?

The cause of death has not been disclosed, adds The Guardian.

"It is with great sadness that we announce the tragic, untimely death of our beloved Liam," his family said in a statement.

"At this difficult time for all of our family, we would ask that you respect our privacy to enable us to grieve our loss," they added.