This story contains descriptions that may cause distress.

A woman who used petrol to set her husband alight as their young children watched television nearby will spend at least eight years in jail for his death, after a judge labelled her crime “horrific”.

On Friday, the Supreme Court heard Angela Surtees, 35, had shown little remorse and merely self-pity for Daniel Surtees’ senseless death, and even sent letters to her dead husband’s brother a year after the killing, blaming him for turning off her husband’s life support. 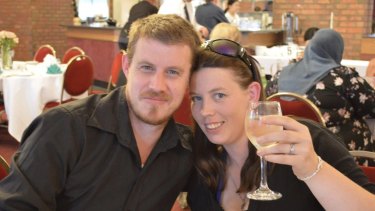 The court also heard harrowing details of how Ms Surtees’ 11-year-old son, who has autism, saw the glow from the sunroom and ran to grab a jug of water to try to extinguish the flames before calling triple zero as Mr Surtees, 36, writhed in pain on the front lawn.

“The very idea of a person pouring petrol over his or her spouse then lighting a cigarette lighter …. only needs to be stated for its horrific nature to be readily apparent,” Justice Andrew Tinney told Angela Surtees before jailing her for a maximum 12 years.

“You did this while Daniel sat helplessly and harmlessly in an armchair in his home with his and your children in close proximity.” 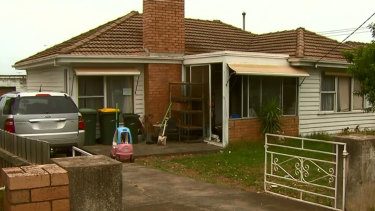 The home in the Geelong suburb of Whittington.Credit:Nine

The court heard Ms Surtees and her husband were at an engagement party in Geelong’s north where Mr Surtees drank a significant amount of alcohol and began wanting to fight.

After insulting his wife in front of her family, Ms Surtees told him they needed to leave and, taking the children, got in the car.

On the drive home to Whittington, in Geelong’s east, the pair continued arguing and Mr Surtees smashed part of the car console.

But when they arrived home, and the three children watched television in the lounge, things escalated.

As Mr Surtees sat in an armchair in the front room, his wife grabbed a jerrycan of petrol and poured fuel onto her husband and struck a cigarette lighter.

The court heard one of the children, seeing a glow from the sunroom, ran to grab a jug of water and called triple zero, handing the phone to his mother.

Ms Surtees then used a garden hose to spray water on her husband.

Mr Surtees was taken to Geelong Hospital but died the following day.

In the hours after the incident, the court heard, Ms Surtees gave varying accounts of what occurred to her family, hospital staff and police.

“Why couldn’t I let things be? What if he dies, Mum, I can’t live without him,” she told her mother.

She told a doctor: “An altercation with my husband … went 50 shades of wrong.”

Justice Tinney said the pair had been in a relationship for almost 10 years and had five children between them. Three of the children, then aged 11, 6 and 4, were home at the time.

In a victim impact statement, Mr Surtees’ brother, Luke – who now looks after the couple’s children – said the hurt and pain caused to his family was beyond words.

He was particularly devastated at having to make the decision to turn off his brother’s life support.

“Daniel was so much to so many people. He was the best big brother.”

Ms Surtees was originally charged with murder before pleading guilty to the lesser charge of manslaughter when prosecutors accepted while she doused her husband in fuel, she didn’t intend to set him alight.