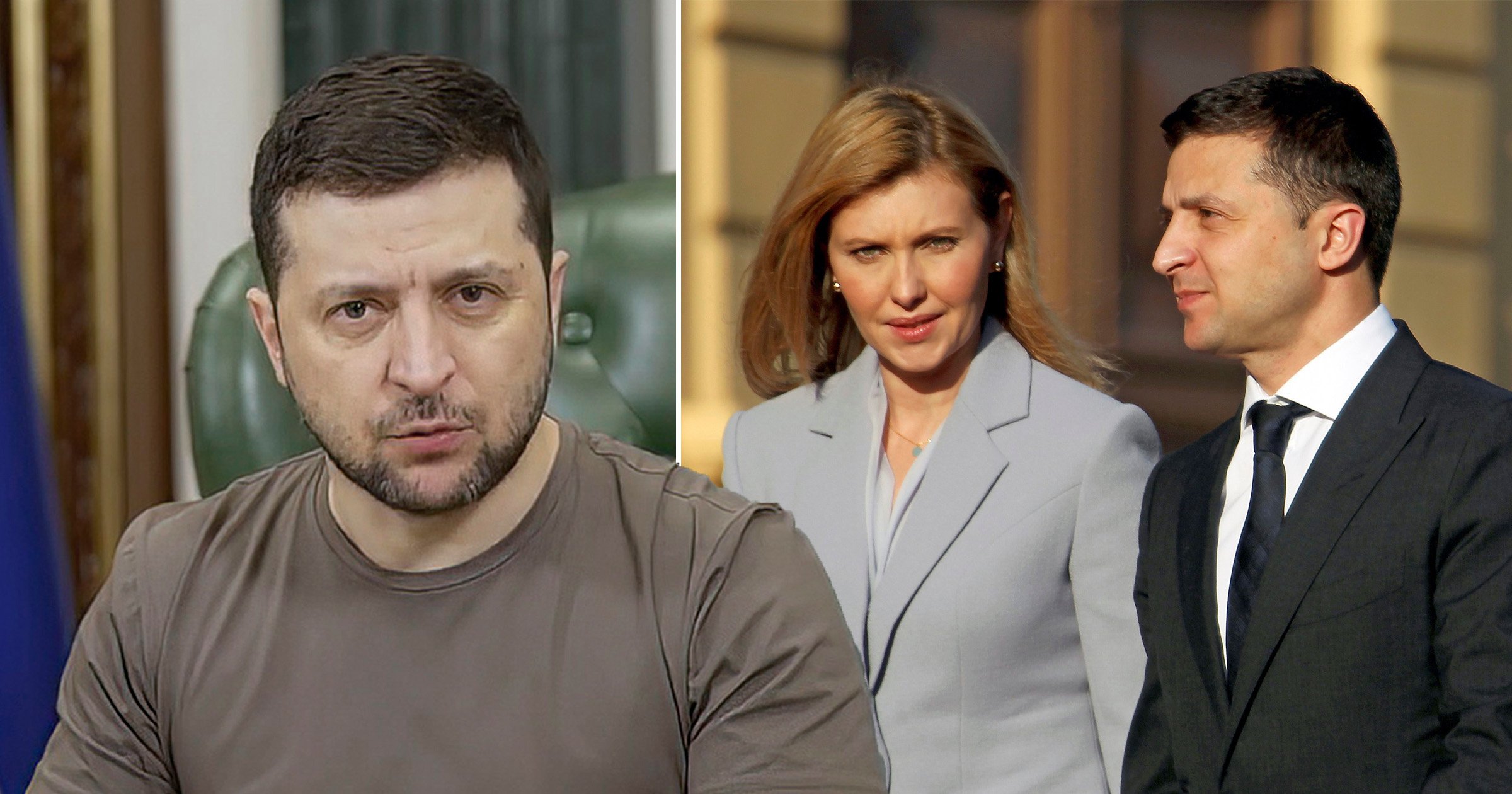 Volodymyr Zelensky’s wife has revealed the two words he said as they woke up to Russian forces invading Ukraine.

Olena Zelenska described the sound of a ‘clunk’ as the siege began in the early hours of Thursday, February 24.

The Ukrainian Premier simply told her: ‘It started’.

‘That’s all he said,’ the 44-year-old said in an interview with Vogue Ukraine.

‘I didn’t immediately realise it was an explosion.

‘I didn’t understand what it could be. My husband wasn’t in bed.’

President Zelensky was already dressed in a suit, ‘as usual’, the First Lady told the magazine.

But it would be the last time she saw her husband, who she wed in 2003, in a white shirt and jacket.

‘From then on, it was military (clothing),’ she said.

Zelensky told his wife to gather essentials and documents ‘just in case’ then left the house.

‘I wouldn’t say there was panic. Confusion perhaps,’ she recalled.

Zelenska, a screenwriter, described how the day before the siege had been ‘normal working day’ but they had been ‘tense’.

‘Not only my children, but all the children of Ukraine. They will grow up to be patriots and defenders of their homeland.’

Zelenska described how she ‘let go of her emotions’ and cried about a week after the start of the invasion, when she realised she might never see loved ones again.

She told how she now lives the ‘same way’ as fellow Ukrainians.

‘We all have one great desire: to see peace.

‘And I, like every mother and wife, constantly worry about my husband and do everything to keep my children safe.’