Kristen Stewart is in Italy for the 78th Venice International Film Festival, where her new Princess Diana movie, ‘Spencer,’ will premiere.

New movie, new hair color! Kristen Stewart, 31, arrived in Venice, Italy on Thursday (Sept. 2) ahead of the premiere of her highly-anticipated film Spencer, and the actress was seen sporting her freshly-bleached strawberry blonde hair. Kristen rocked the new hairdo, which was pulled back into a messy ponytail, while holding hands with her girlfriend, Dylan Meyer. The happy couple was dressed fairly casually while strolling through the airport: Kristen wore a white T-shirt and white jeans, while Dylan opted for a a white T-shirt, blue bomber jacket and black jeans. Both gals also sported stylish sunglasses and protective face masks. 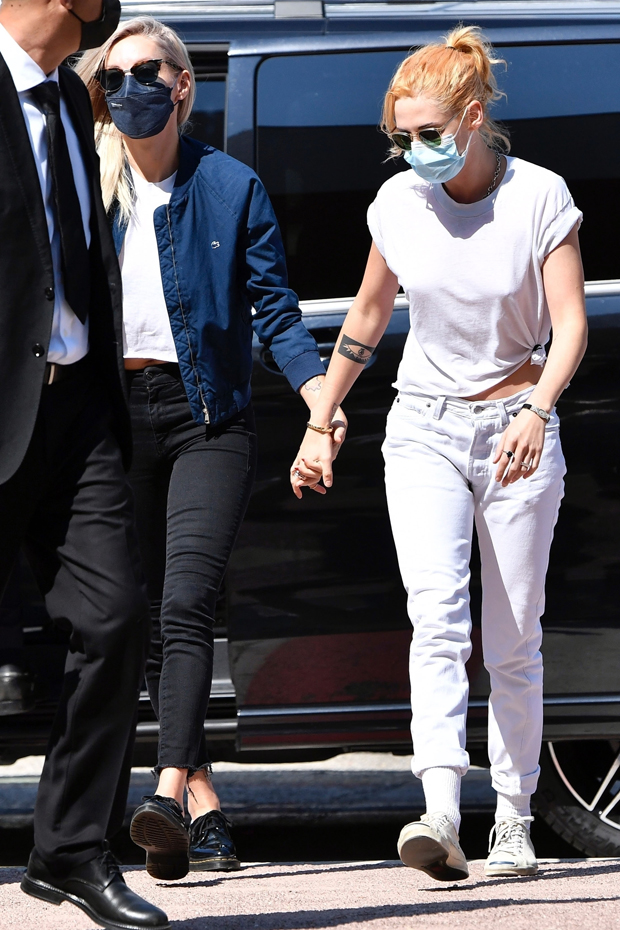 Kristen’s movie Spencer is set to premiere at the Venice Film Festival on Friday. The Princess Diana biopic stars Kristen as the beloved late royal, and is inspired by three days in Princess Diana’s life as she navigated the difficult decision of divorcing Prince Charles, who is played by Jack Farthing. Pablo Larraín directed the movie, which comes out in theaters on November 5.

Kristen has previously said that she started working on Princess Diana’s accent months before shooting the film. She explained that voicing a person as iconic as Princess Diana put a lot of pressure on her in an October 2020 interview with InStyle. “The accent is intimidating as all hell because people know that voice, and it’s so, so distinct and particular. I’m working on it now and already have my dialect coach,” she said at the time. 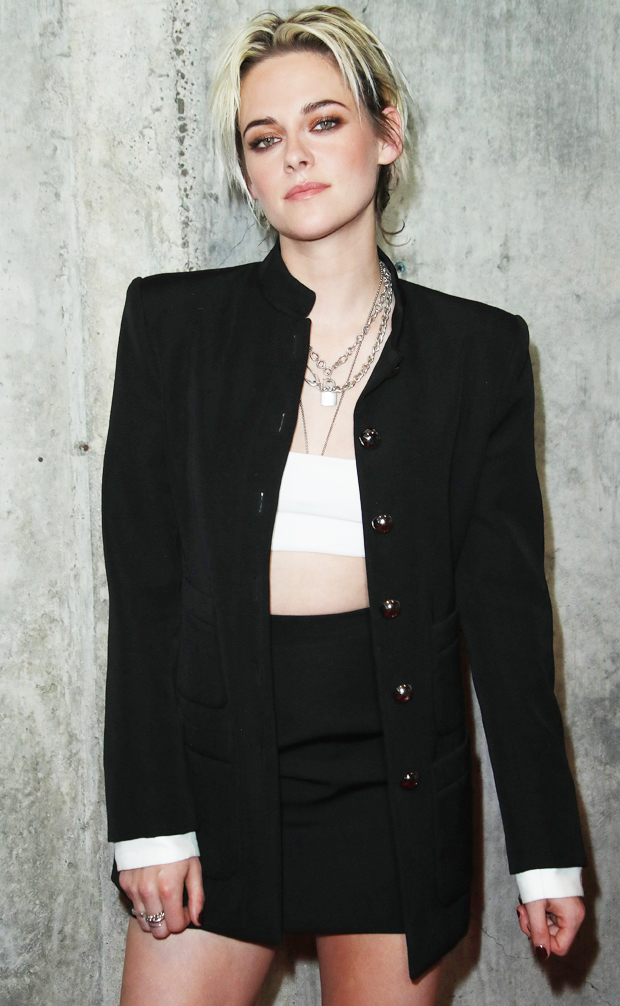 Kristen will be joined at her film’s big premiere by her screenwriter girlfriend, whom she had first met on the set of a movie in 2013. The two were confirmed to be a couple in mid-August 2019, and three months later, Kristen told Howard Stern that she “can’t f-cking wait” to propose to Dylan. “I wanna be somewhat reasonable about it, but I think good things happen fast,” the Twilight star said. “I have a couple plans that are just the coolest things to do that I don’t think… I think it’s pretty undeniable.”