On the outside, it doesn’t appear that Meghan Markle and her brother-in-law, Prince William, have a great deal in common.

Where Meghan adores attending Wimbledon, William prefers football matches, and while the Duchess is known to love yoga, the Prince of Wales favours polo – but there is one activity the brother and sister-in-law are united on.

WATCH: Princess Kate gets into the sporty spirit during latest London visit

Both William and Meghan enjoy boxing, with the Prince of Wales revealing his passion for the sport during a public engagement on Thursday in London.

Celebrating the 10th anniversary of sports charity Coach Core, William took to the ring, demonstrating a serious prowess for boxing.

An attendee at the event gave a clue as to why William was so comfortable in the ring, sharing: “He told me he had done a bit before. He had a few skills under his belt.”

As for Meghan’s love of the sport, the former actress has been coached by Jorge Blanco, personal trainer to Drake and Chris Hemsworth.

Speaking to Vanity Fair, her coach said: “I trained Meghan when she was in Toronto during the shooting of the series Suits. “We did a little bit of martial arts, a little boxing, and sometimes kickboxing. I had a great time training with her.” 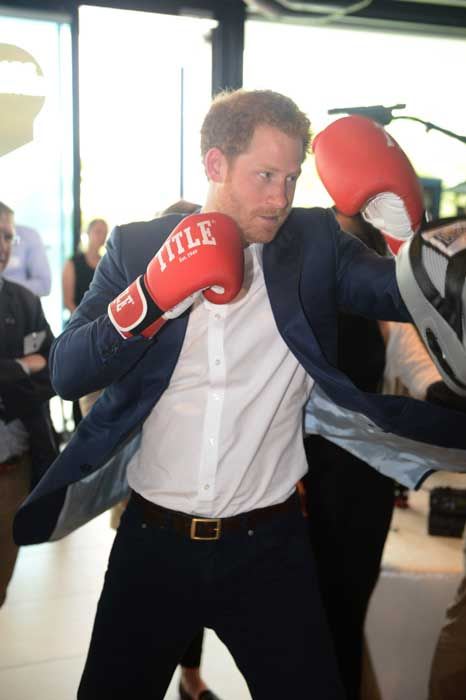 Meghan’s husband Prince Harry enjoys boxing too, speaking about his love of the sport on Bryony Gordon’s Mad World podcast.

“Everyone was saying boxing is good for you and it’s a really good way of letting out aggression,” the royal shared. “And that really saved me because I was on the verge of punching someone, so being able to punch someone who had pads was certainly easier.”