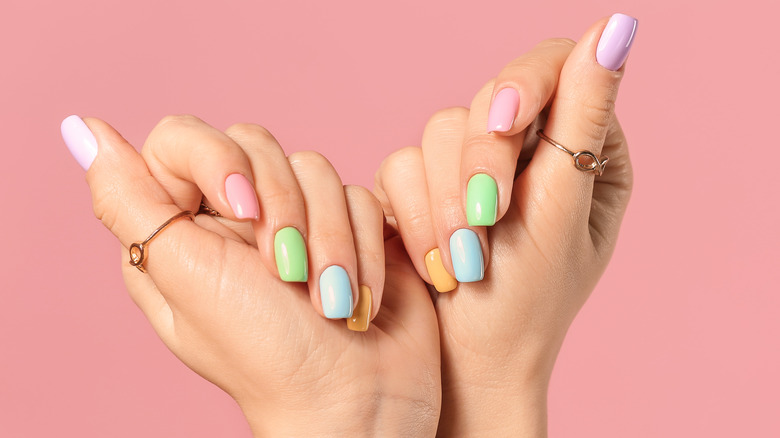 We all have bad habits in life that we try to break. From swearing when we’re angry to picking at our cuticles when we’re stressed out, we all have at least one bad habit that we want to break. For many people, biting their nails is something that they’ve been accustomed to for years. Some people bite their nails when they’re anxious, others do it when they’re stressed. It’s one of the bad habits that are very difficult for people to just stop, cold turkey (via Healthline).

While biting your nails seems harmless and something that is innocent, it can actually cause a ton of health-related issues for people down the road. For one, the underneath of people’s nails holds a ton of dirt and bacteria, which can cause individuals to get sick (via WebMD). In addition, when you bite your cuticles and nails, it can leave open wounds that can cause bleeding and infections.

For many women, biting their nails also means biting off nail polish, too. When we have a chipped manicure, our first instinct is to try and get all that cracked polish off, right? But, just how bad for you is it to eat nail polish?

What happens when you eat nail polish? 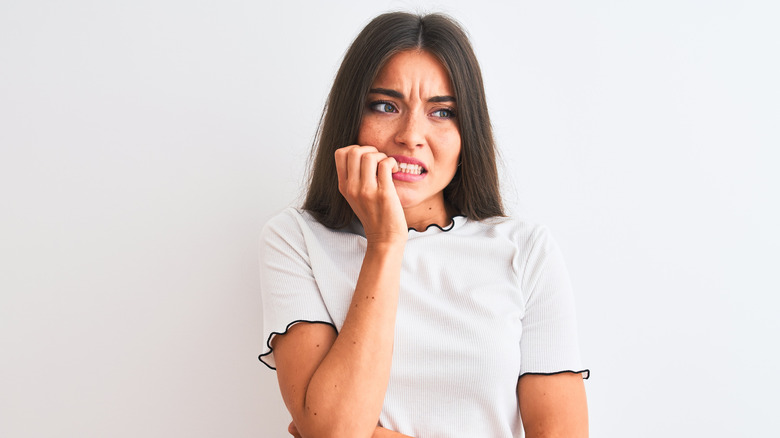 Nail polish, as many of us know, is comprised of a lot of different chemicals. So, it’s a no-brainer to us that eating chemicals can be damaging, right? As it turns out, it’s much more than just ingesting small portions of chemicals. In fact, when you eat nail polish, even in small amounts, you’re actually ingesting plastic.

Nail polish contains five basic ingredients: film formers, plasticizers, solvents, suspension agents, and colorants, says Kelly Dobos, a cosmetic chemist who formulates nail lacquer (via Hello Giggles). With the recent push for nail polish to “last longer” companies have begun to add more ingredients, which are known as the “Toxic Three.” These three chemicals are formaldehyde, toluene, and dibutyl phthalate or DPB, which are all known to cause cancer or reproductive toxicity.

There are, of course, companies who go all natural and try to reduce the chemicals in their ingredients. However, nail products are never truly free from plastic particles. So, while the chemicals are in small qualities and eating nail polish is minimal, eating it can still cause damage to your digestive track and upset your gut due to the plastic intake and build up.

It’s safe to say that above all, it’s better to knock the habit of biting your nails in order to keep yourself healthy and safe!