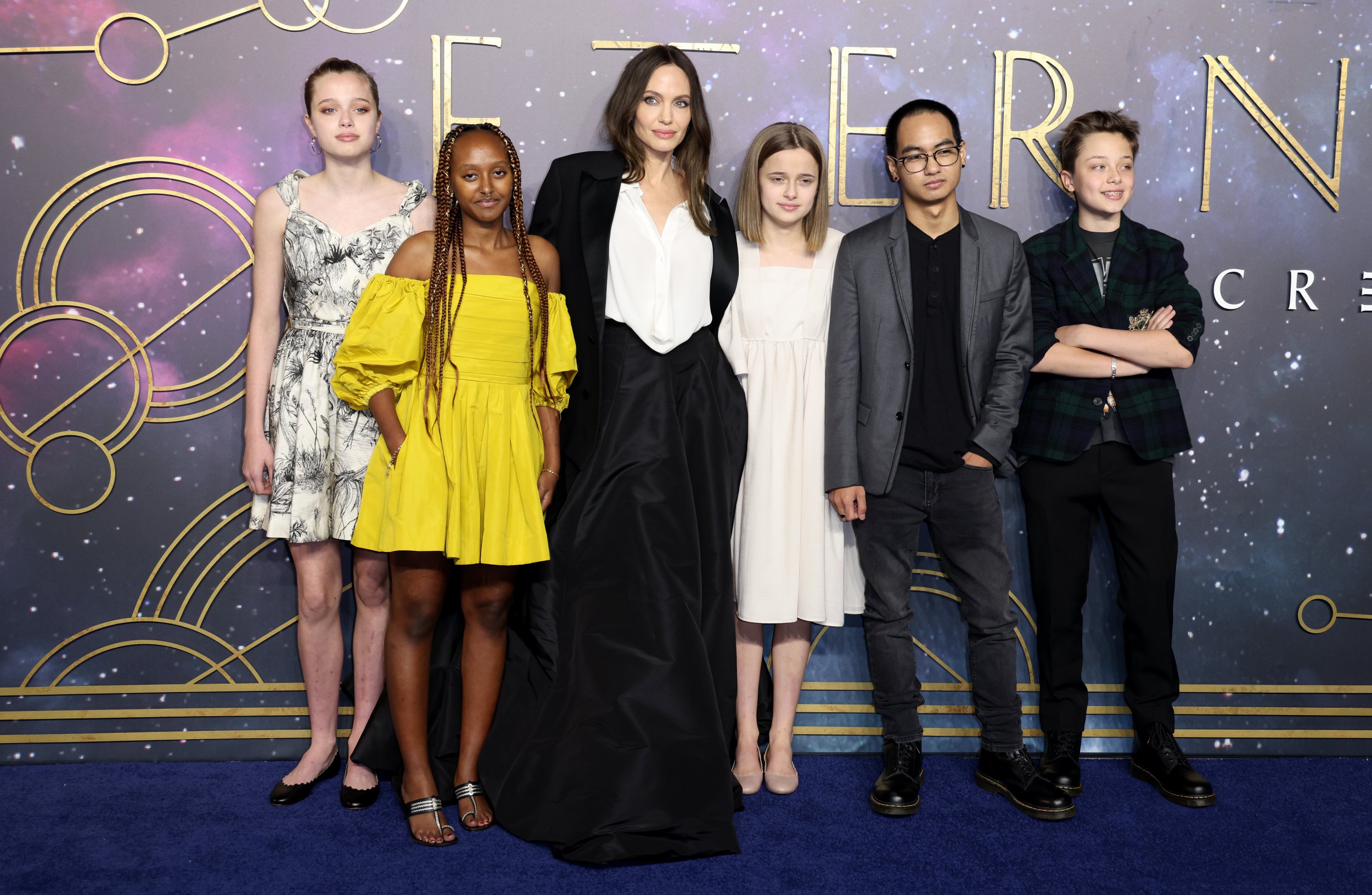 Angelina Jolie has been letting her children shop in her wardrobe once again, proving that she’s not just a regular mum, she’s a cool mum.

The 46-year-old was joined by five of her six children at the Eternals gala in London on Wednesday night, with daughter Shiloh, 15, rocking a black-and-white Dior dress that her mum donned two years before.

The teenager put her own spin on the printed gown, shortening the length, adding detailing to the top and gathering the straps.

It was a family affair on the blue carpet for the Marvel bash, held at BFI IMAX in Waterloo, with the Oscar winner also joined by children Maddox, Zahara, Vivienne and Knox, who she shares with ex-husband Brad Pitt.

This isn’t the first time that the youngsters have been seen in some of Angelina’s clothes, as just a few days ago, Zahara opted for the Elie Saab dress that she famously wore to the Oscars in 2014.

And the fashion icon is more than happy for them to do so, proudly telling E! News: ‘I’m like, “Oh my god, wear it and wear it better than me! Take it, it’s your turn. I’m that mum.’

We’re seriously jealous of how incredible that wardrobe must be…

It’s not just stunning outfits that Angelina is mindful of passing on to her daughters, as she also opened up about the impact that she hopes Eternals will have on them.

Speaking to Metro.co.uk at the star-studded ceremony, the actress – who plays Thena in Chloe Zhao’s blockbuster – explained that she wants them to know that they can be ‘feminine and perfect’.

‘What I was happy to show my daughters is that being a strong woman also means being feminine and vulnerable and open and imperfect,’ she told us.

‘That’s what like most about [Thena], is that she struggles to be strong, and that kind of makes her stronger.’

She also opened up about what finally attracted her into joining the Marvel universe, adding to Screen Rant: ‘It was really this family I wanted to be a part of.

‘When I understood what this film was going to be and who this group was, what this group would represent, and how inclusive and diverse [t was], I felt that’s what it always should have been.

‘It’s what I wanted to be, and to figure out my part in it was secondary, figuring out who I’d be. But I just wanted to be with this family. And I trust this director.’