Ashlee Simpson stepped out with her little girl Jagger in tow, looking oh-too-cute at a family-friendly movie premiere in Los Angeles.

It was a family affair for the Simpson-Ross’s at a red carpet premiere in Los Angeles! Ashlee Simpson walked the carpet with her husband Evan Ross and one of their two children together, Jagger Snow Ross. The darling six-year old girl looked positively adorable at the premiere of L.O.L., Surprise!, which was held at the famed Hollywood Forever Cemetery right in the heart of Tinseltown, on October 6. 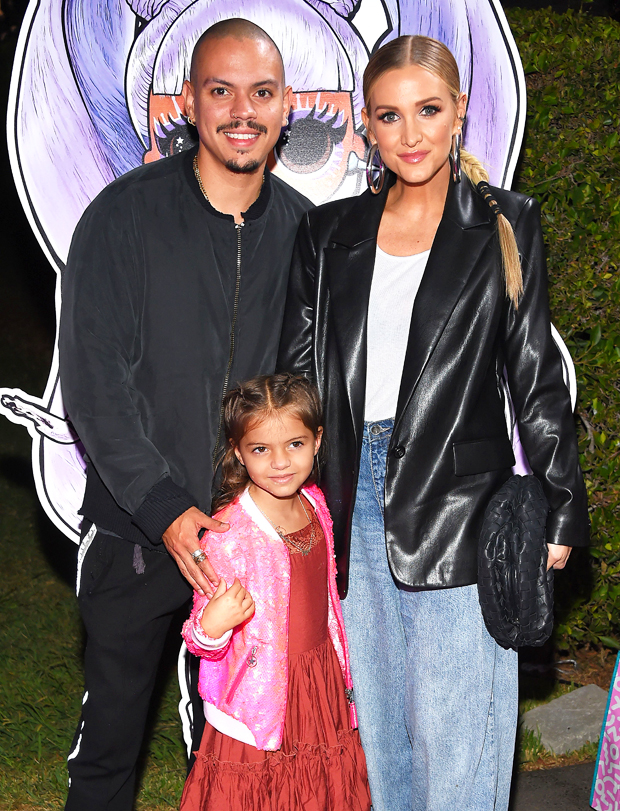 The trio looked picture-perfect with Ashlee wearing a black and white ensemble mixed in with some leather and denim, while Evan dressed similarly in a casual all-black outfit. But the real star of the show here was Miss Jagger, looking pretty in pink as she stayed close to mom on the carpet. But this wasn’t Jagger’s first rodeo! Ashlee’s middle child and only girl has attended premieres before with mama – including 2019’s Frozen II premiere at the Dolby Theater in Hollywood on Thursday, November 7. Jagger is poised to be a red carpet princess in no time!

L.O.L., Surprise! is a new Netflix mixed-media animated adventure movie about a young girl who is trying to make a movie with friends. The dolls in the film are CG-animated, transporting the young target audience of four to 14-year-olds into the world of Queen Bee and her big sister, Royal Bee. The movie is based on a toy collection of dolls that are all the rage these days with the kids.

Ashlee and Evan also share son Ziggy Blu Ross together, who is nearly a year old now. The couple welcomed Ziggy on October 29, 2020. The Pieces of Me singer’s oldest son, 12-year old Bronx Mowgli Wentz, is from Ashlee’s previous marriage to Pete Wentz of Fall Out Boy fame.