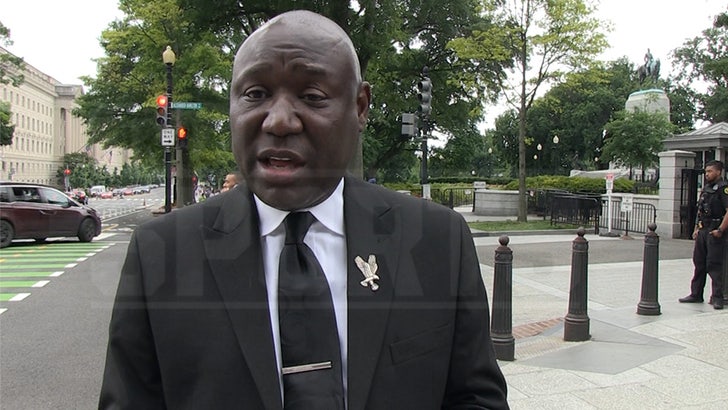 Famed civil rights attorney Ben Crump is imploring more NBA players to speak out about Brittney Griner … clearly believing their voices could help bring the WNBA star back to the States.

The lawyer spoke with TMZ Sports out in D.C. earlier this week … and he made it clear, if some of the Association’s biggest names — as well as others in the NFL, NHL, MLB and more — keep raising awareness for Griner, it could help her in her drug case in Russia.

As we reported, BG is now facing 10 years behind bars after she pled guilty to drug charges in a Russian courtroom on Thursday.

Griner’s legal team said they’re hopeful that by taking responsibility for her actions, authorities would go easy on her when it came to sentencing.

Crump obviously isn’t feeling super optimistic that will happen … telling us he believes regardless of what goes down in the case, “She’s being used as a political pawn.”

He’s now urging anyone with a platform to come forward, believing a large, public outrage could hopefully lead to a speedy return for the basketball star.

“It would be a travesty of justice for her not to come home soon,” he said.

Crump — who was on his way to see Joe Biden at the Presidential Medal of Freedom ceremony Thursday afternoon — added he had plans to have a word with POTUS about it all.