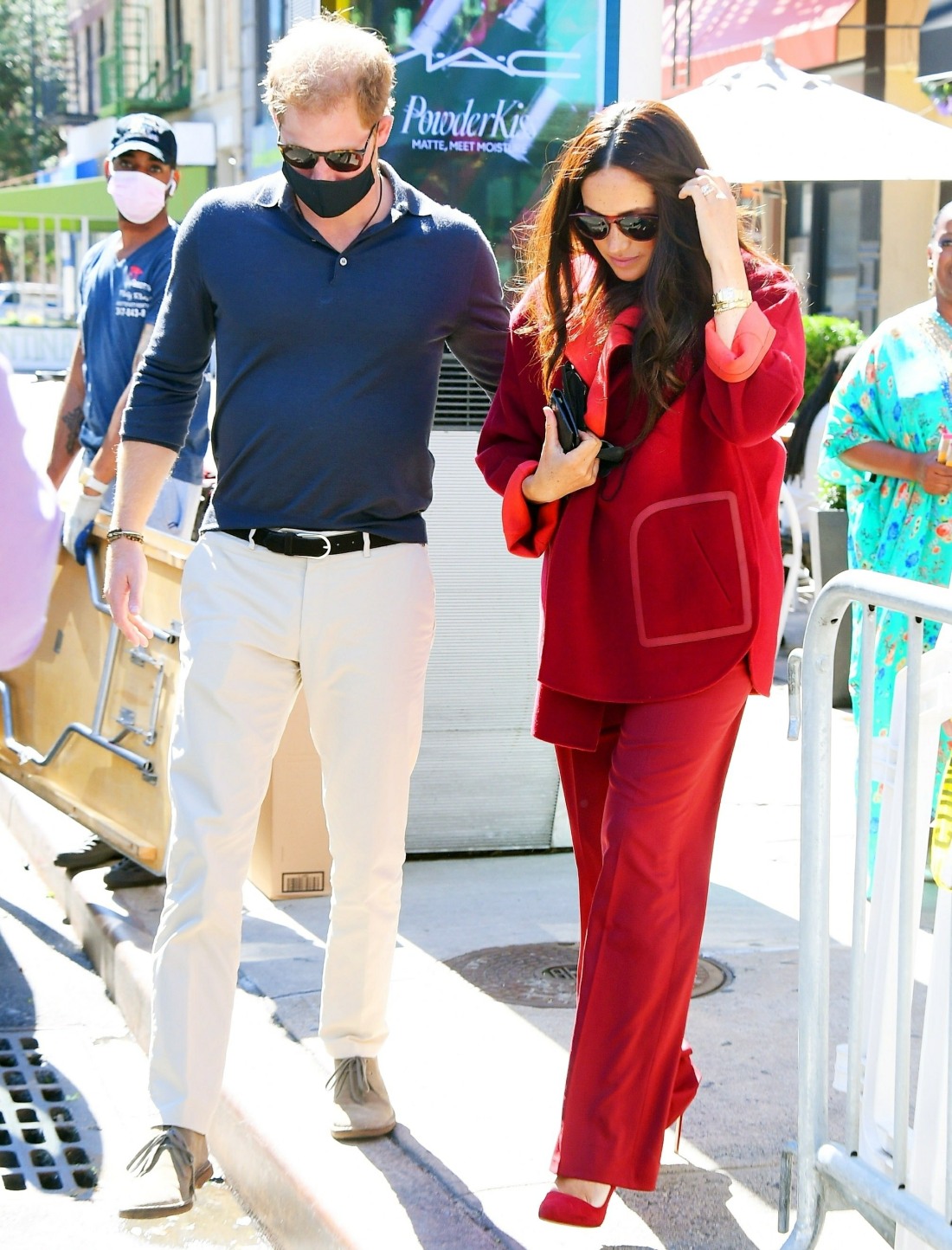 Here are some photos of the Duke and Duchess of Sussex on Friday, following their trip to a public school in Harlem. The school trip was in the morning, and then they decided to do more good deeds for lunch. They went to Melba’s in Harlem – Melba’s is a Southern/soul food restaurant where you can find stuff like fried catfish, crabcakes, jumbo shrimp and Southern-style potato salad. I looked at the menu and it’s straight-up low-country fare, the kind of stuff people eat in South Carolina. Including chicken-and-waffles and collard greens, which is what Prince Harry ordered and LOVED.

A fellow diner at the restaurant said the Duke and Duchess of Sussex were served Southern fried chicken and eggnog waffles, spring rolls, catfish, collard greens and yams. The onlooker said, “Harry said it was the first time he’d ever tried chicken and waffles and remarked it was delicious.”

The Sussexes also spent some time chatting with Melba about the non-profit City Harvest — New York City’s largest food rescue organization — which takes food that would otherwise go to waste from restaurants and distributes it to food programs in the city.

The owner of the restaurant, Melba Wilson, told The Post the couple was “so kind” and that she’s grateful they stopped by. “They’re shedding a light in our community of Harlem during a tough time,” Wilson said, noting the duo heard about the restaurant through “word of mouth.”

Sometimes, I wonder what it’s been like for Harry, eating all of that bland food in castles and palaces and then being introduced to people who saute in bacon fat and properly season their food. There’s part of me that believes Harry first fell for Meghan because she’s a good cook who seasons her food properly. I can’t believe this is the first time he’s ever had chicken-and-waffles! I bet he’d love a low-country boil. And gumbo!! He would f–king love gumbo.

Anyway, in addition to the good food, Harry and Meghan made a donation to Melba’s fund to offer financial relief to the restaurant’s hourly employees who have been affected by the pandemic. The Sussexes donated $25,000, and the fund’s goal is to raise $250K. I bet with all of the global attention on this restaurant, more people will donate and/or Melba’s will be packed for months. 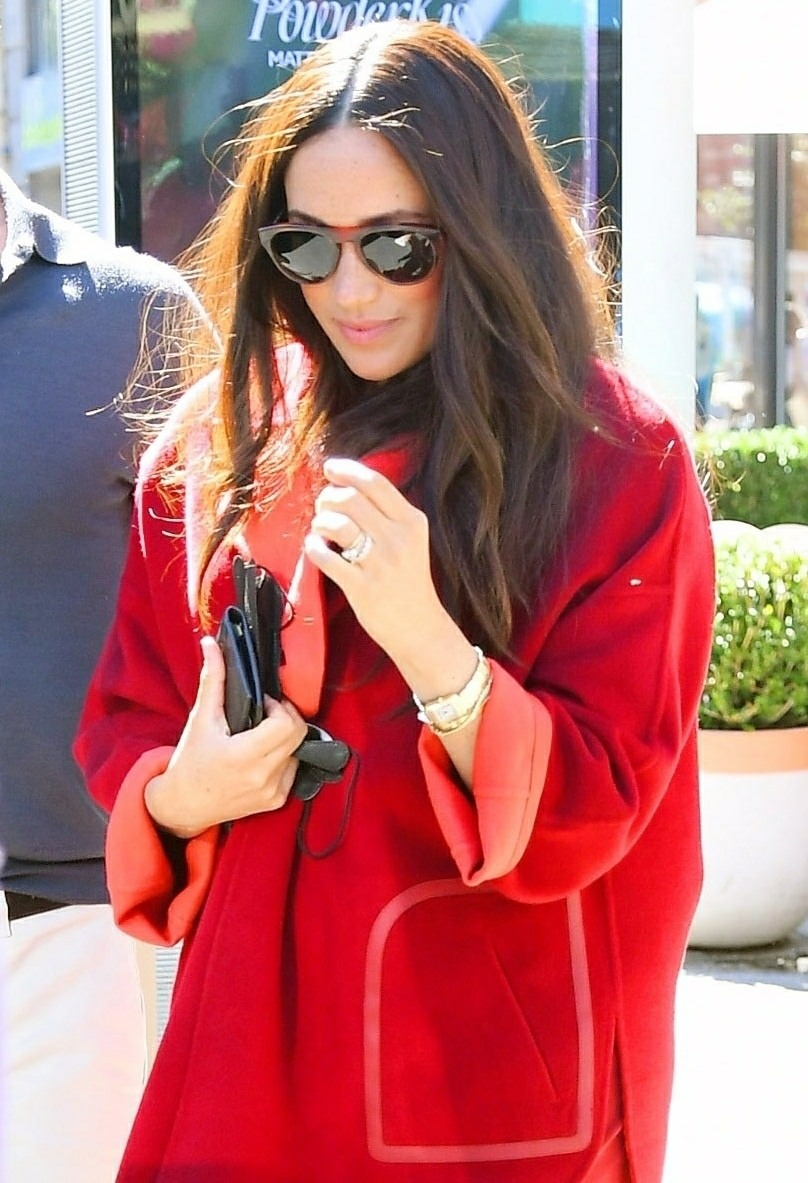 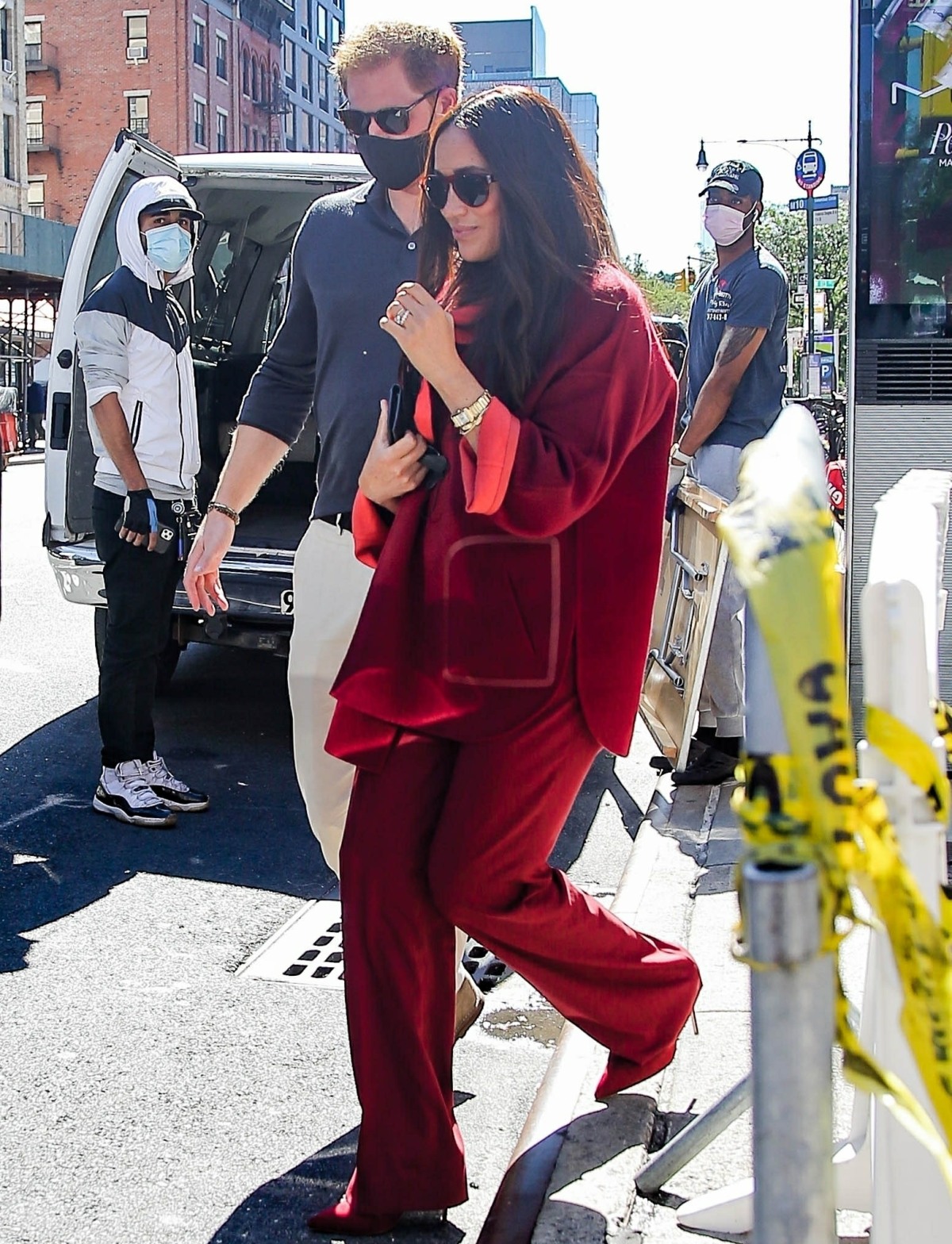