The 64th Annual Grammy Awards nominations have been revealed in full.

Composer and musical artist Jon Batiste surpassed all nominees with an impressive 11 nominations, while Justin Bieber, Doja Cat and H.E.R. scored eight each and Billie Eilish and Olivia Rodrigo tied with seven.

Former enemies Taylor Swift and Kanye West are up against each other in one of the biggest categories for Album of the Year, with their records Evermore and Donda respectively.

Album of the Year: Taylor Swift (left) will be battling it out with former nemesis Kanye West (right) in one of the ceremony biggest categories

Kanye will also be battling it out with his rival Drake in the Best Rap Album category, as well as Tyler, The Creator, Nas, and J. Cole.

The rapper’s tenth album Donda is up against Drake’s Certified Love Boy.

American musician Jon Batiste was the most awarded artist for his album We Are.

Batiste, 35, is a veteran jazz keyboardist and also the musical director of The Late Show With Stephen Colbert. 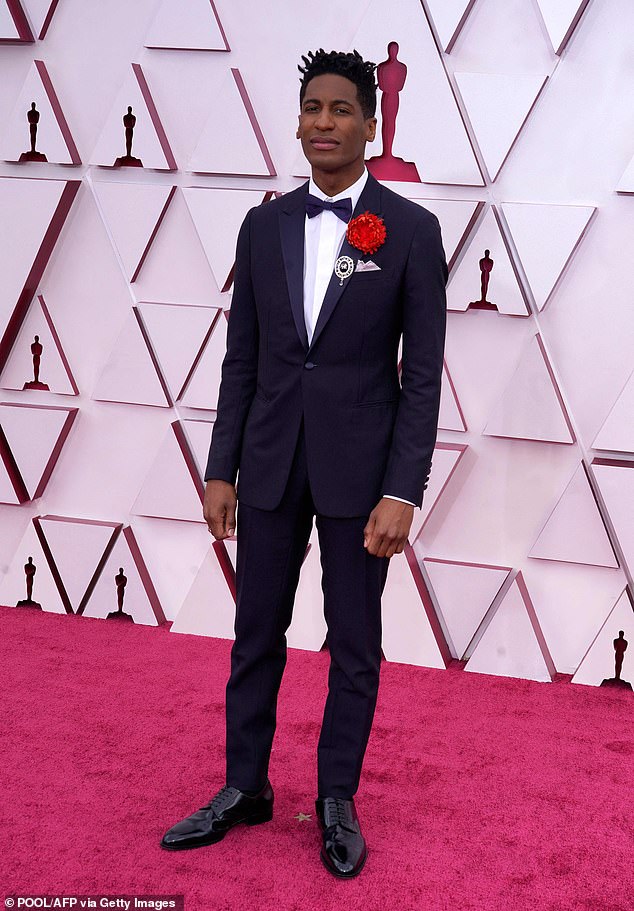 Impressive: Veteran jazz keyboardist Jon Batiste was the most awarded artist for his album We Are, and got 11 nominations in total

Although Taylor Swift only scored just the one nomination, it was in one the biggest categories – Album of the Year – and she previously won in that category last year for Folklore.

Best Dance/Electronic Recording was the first category to be announced by Recording Academy Chief Executive Harvey Mason Jr., with nominations including Afrojack, Bonobo and James Blake, on Tuesday morning.

For Best Rep Performance, Cardi B, Kendrick Lamar, Drake, and Megan Thee Stallion were all recognized. 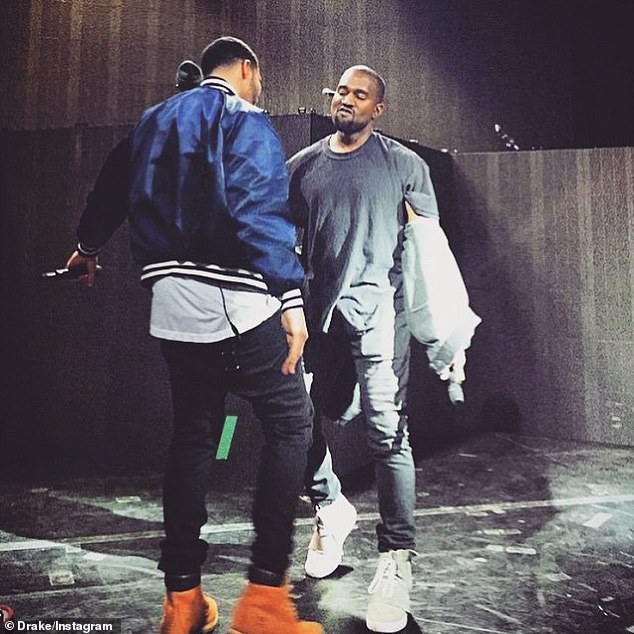 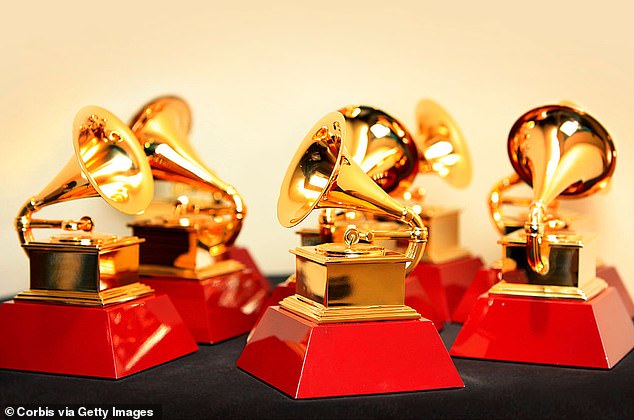 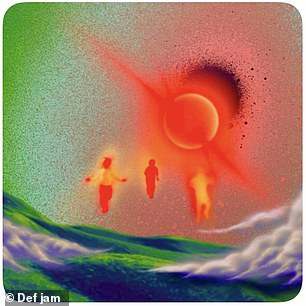 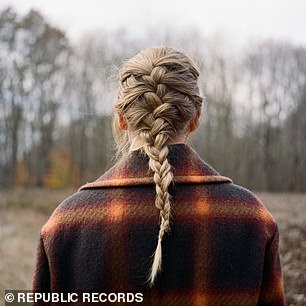 Album of the Year: Kanye West’s Donda (left) will battle Taylor Swift’s Evermore (right) in one of the ceremony’s biggest categories

There were the usual round of perceived ‘snubs’ too, with artists like Miley Cyrus failing to get a mention anywhere, and BTS only receiving one nomination.

British band Wolf Alice released their third album Blue Weekend to thunderous critical acclaim, but it was left out of all the rock music categories. 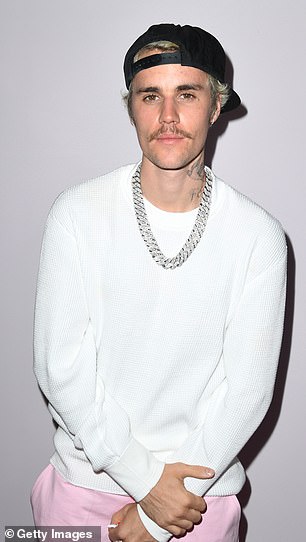 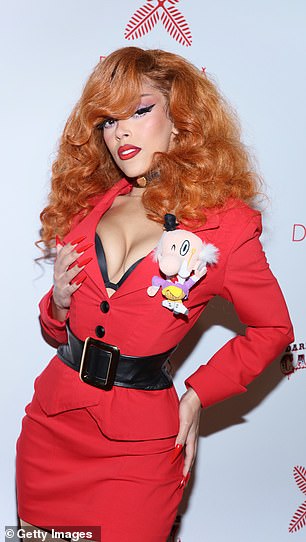 That means the likes of British superstar Adele will not be on the list, as she released her comeback single Easy On Me in October.

Recording Academy Chief Executive Harvey Mason Jr. and Tammy Hurt, chair of the academy’s board of trustees were in attendance for the nominations reveal.

There are famously a long list of categories – 88 to be exact.

The music industry’s biggest night is scheduled to take place on Jan. 31 in Los Angeles at the Staples Center, which will soon be changing its name. 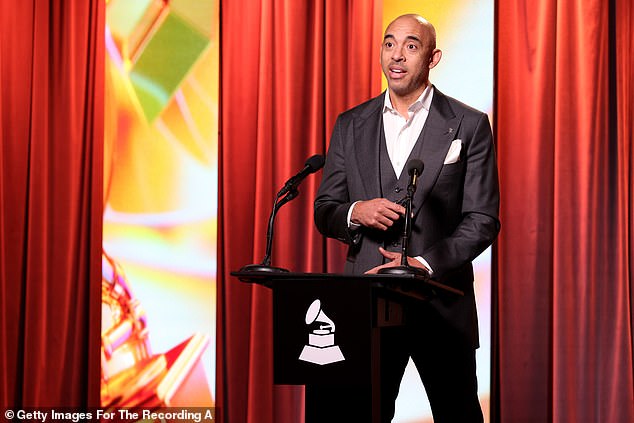 Record of the Year

ABBA – I Still Have Faith in You

Tony Bennett, Lady Gaga – I Get a Kick Out of You

Lil Nas X – Montero (Call Me by Your Name)

Call Me If You Get Lost – Tyler, the Creator

Halsey – If I Can’t Have Love, I Want Power

Jazmine Sullivan – Pick Up Your Feelings

Stand For Myself – Yola

Album of the Year

Jon Batiste, We Are

Song of the Year

Lil Nas X – Montero (Call Me by Your Name)

Better Than We Found It – Maren Morris

If I Didn’t Love You – Jason Aldean and Carrie Underwood

Chasing After You – Ryan Hurd and Maren Morris

No One Sings Like You Anymore Vol. 1 – Chris Cornell

You Can Do It – Caribou

Producer of the Year, Non-Classical