And the superstar striker, hoping to finally win the Ballon d'Or, didn’t even need to have his laces done up! 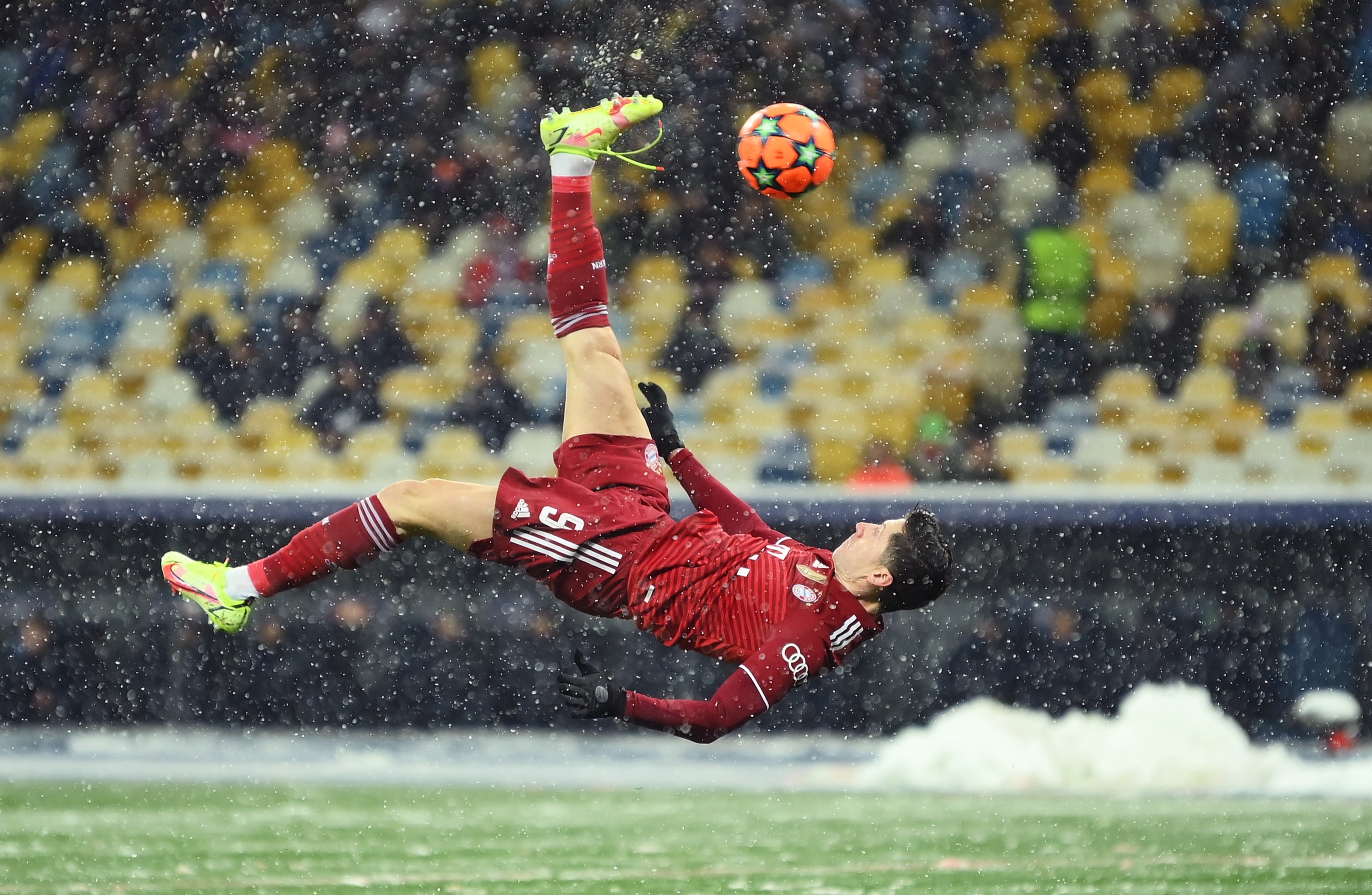 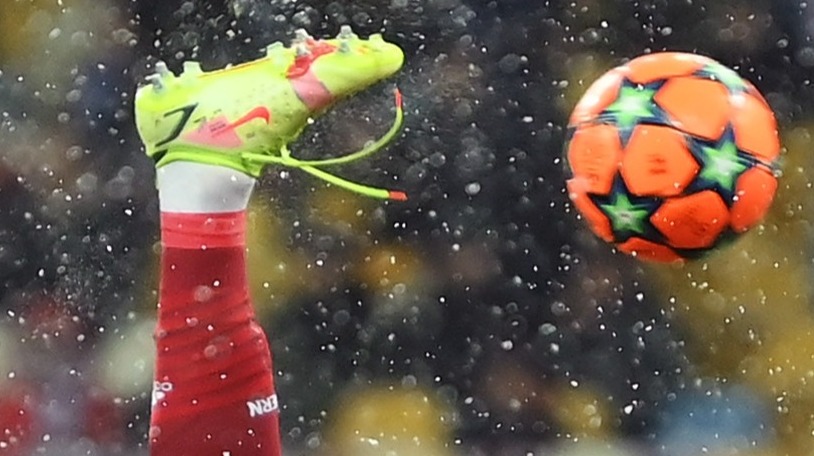 Lewandowski, 33, has just been handed the Golden Player Award for a second consecutive year after scoring a record 41 league goals last term.

And the Poland ace proved he was a worthy recipient when he scored a brilliant opener for Bayern in snowy Ukraine.

With just 14 minutes on the clock, the Bundesliga champions assaulted their opponent’s penalty area before a loose ball was pinged into the box.

A Dynamo defender tried to clear but only resulted in chipping the ball upwards.

Quick as a flash, world-class Lewandowski positioned himself back-to-goal before launching a wonderful mid-air bicycle kick.

The forward pulled the trigger as the ball went straight down onto the grass before bouncing up and over outstretched Dynamo goalkeeper Heorhiy Bushchan.

And replays showed Lewandowski’s shoe laces were not even tied up when he jumped, making his spectacular shot even more special.

The beautiful effort was Lewandowski’s 25th goal in just 19 games this season.

And it did his chances of winning a first Ballon d'Or trophy no harm either.

The goal also warmed Bayern spirits in the cold snow as they went on to dominate the first half – despite missing FIVE self-isolating players.

Julian Nagelsmann’s men looked like they’d put the game to bed before the first-half was even over thanks to a 42nd minute effort from Kingsley Coman.

But Dynamo came fighting back in the second half as they went on the front foot.

And the hosts were eventually rewarded with a goal in the 70th minute through Denys Harmash.

But Bayern, who lost 2-1 to Augsburg in the Bundesliga on Friday, dug deep to cling on for an important win and keep their 100 per cent group stage record going.