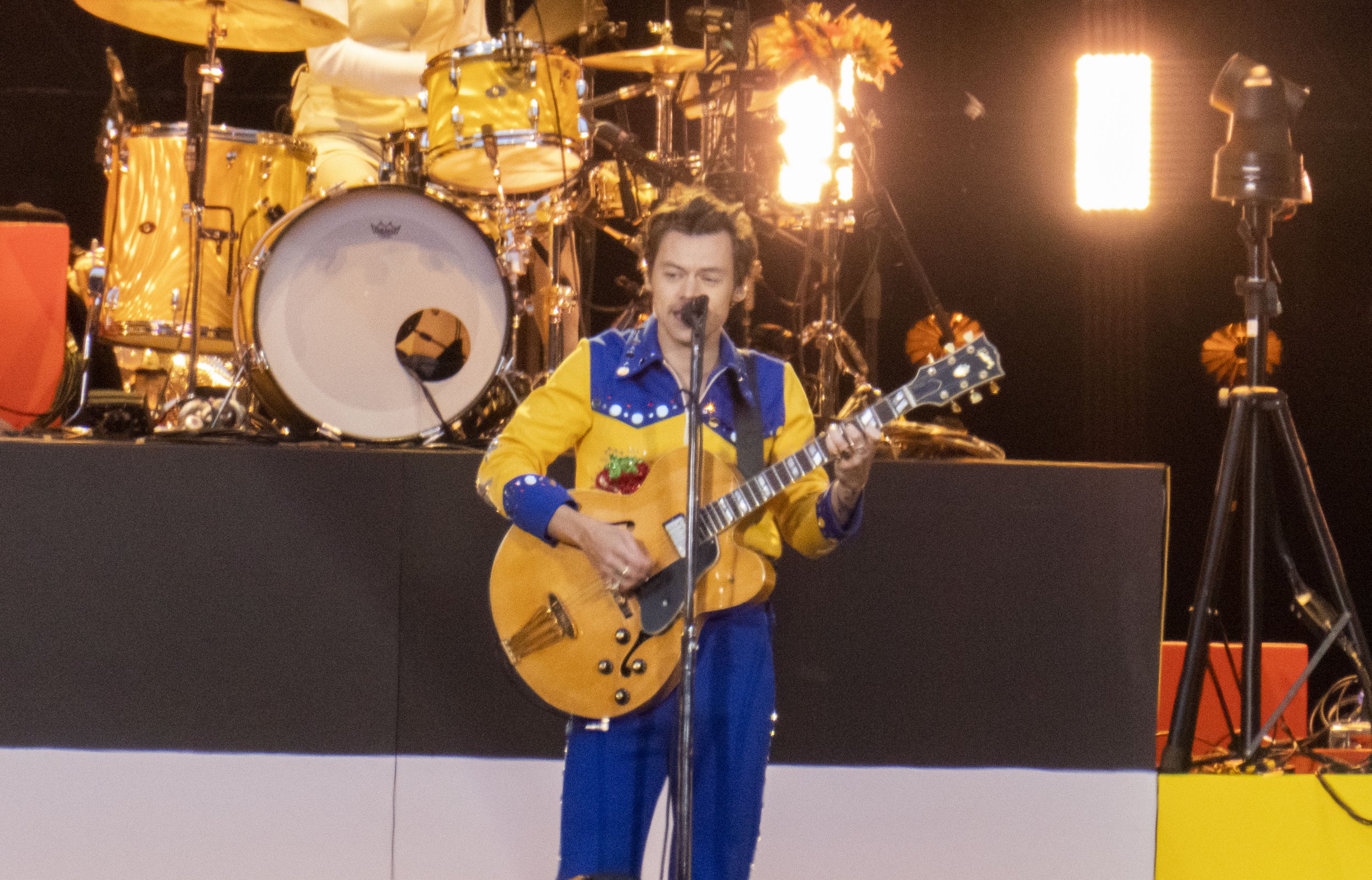 Harry Styles’ latest tour show was plunged into chaos after a man fell from a balcony.

The Watermelon Sugar singer was performing at the Ibrox stadium in Glasgow, Scotland on Saturday night as part of his Love On Tour.

During one heart-stopping moment, fans saw a man tumble from the Club Deck, which is on the third tier of seating in the stadium.

A Police Scotland spokesperson told Metro.co.uk: ‘Officers were made aware of a man falling from a club deck at a premises on Edmiston Drive, Glasgow at around 10.15pm on Saturday, 11 June, 2022.

‘There were no suspicious circumstances and the man was seen to by medical staff.’

The current status of the man’s condition has not been revealed. It’s also not known if Harry was made aware of the incident, which is said to have happened towards the end of the show.

One concerned fan detailed their experience of watching the terrifying moment first-hand, writing in a Twitter thread: ‘At the Harry styles show at ibrox, is the guy that fell off the balcony and the people he fell on all okay? My friends and I watched it happen and we just want to know if everyone’s okay. Very scary stuff.

‘Saw the man who fell sat with the nurses alive on the way out. Love to all, it was an amazing show just got a big fat huge scare at the end.’

At the Harry styles show at ibrox, is the guy that fell off the balcony and the people he fell on all okay? My friends and I watched it happen and we just want to know if everyoneâs okay. Very scary stuff.

The fan then claimed: ‘We didn’t see him land but definitely did fall on top of people, not sure how many. Bless everyone who saw and got hurt though hope everyone’s okay.’

Another witness commented: ‘Seen it happen, I think everyone that he landed on is out but obviously traumatised from it happening. The stewards took forever to come it feels like. I hope to god he’d okay.’