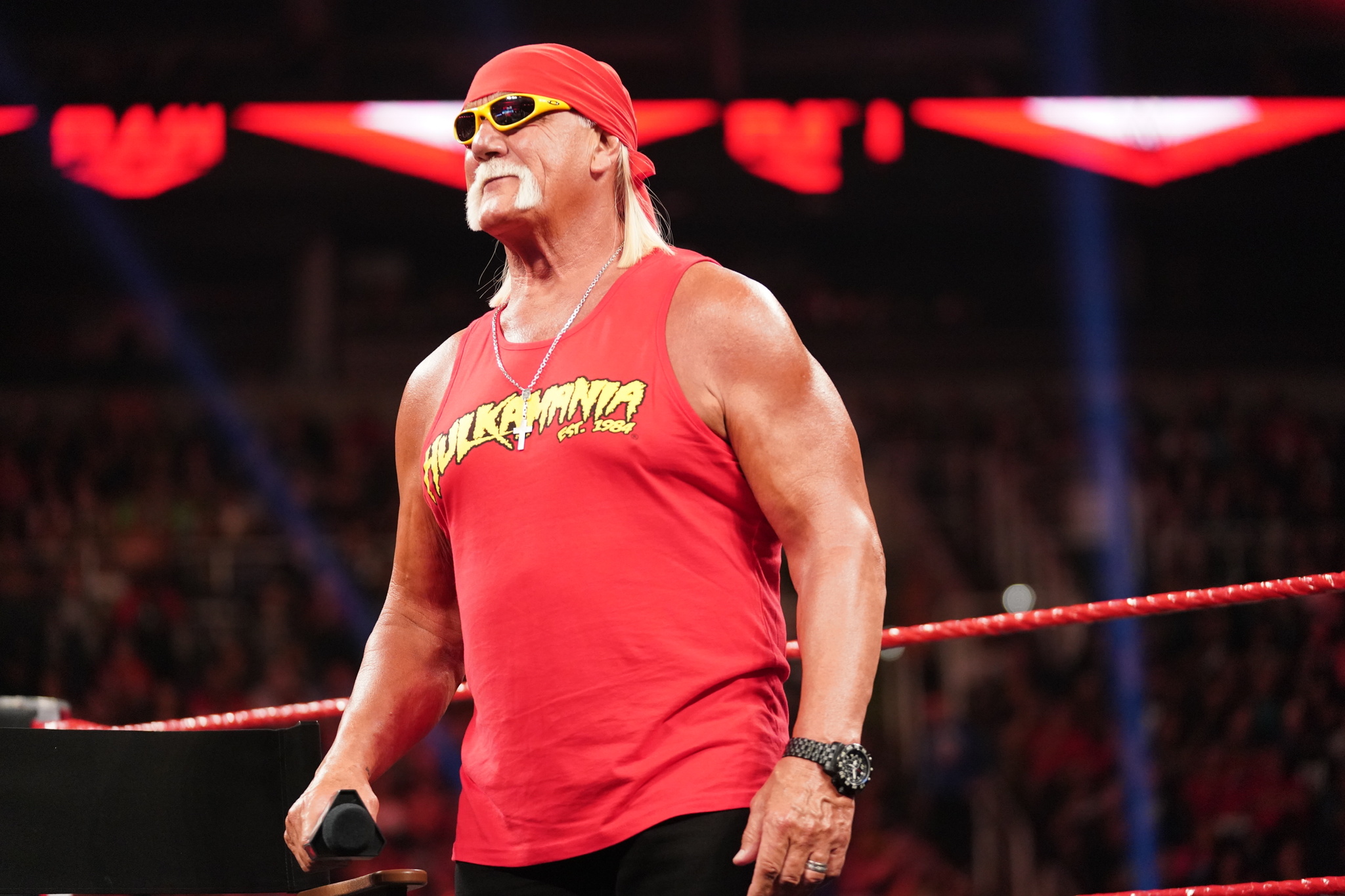 Hulk Hogan and his infamous 24 inch pythons are a big part of wrestling history -and they still look the part.

The WWE Hall of Famer – who turns 68 in August – showed off his huge figure over the weekend as he flaunted his massive arms and admitted he’s been pushing himself with some intense workouts lately.

Posing in the mirror for a sweaty selfie in a yellow tank top, Hogan flashed the gun show with his trademark handlebar moustache peeking into view.

He captioned the photo: ‘At almost 68yrs young and 297lbs arm workouts are starting to get crazy again brother HH (sic)’

Meanwhile, Hogan recently took to Twitter and apparently revealed the secret to making wrestling history – and it sounds easier than you think.

The Hulkster insisted he always preferred to ‘call it in the ring’ rather than planning everything out beforehand, and he would usually drink a couple of beers before his matches.

Although Hogan’s WrestleMania 37 co-host was cheered by his hometown Tampa crowd on April 10 and 11, the same can’t be said for the former world champion.

The pair powered through ignoring the reaction, with many fans tweeting from inside the stadium to confirm the response to the Hulkster.

Hogan returned to the WWE fold in 2018, three years after he was fired over racist comments leaked during his sex tape trial.

He publicly apologised to the locker room, and Titus has previously insisted he won’t ‘judge’ Hulk by his mistakes.