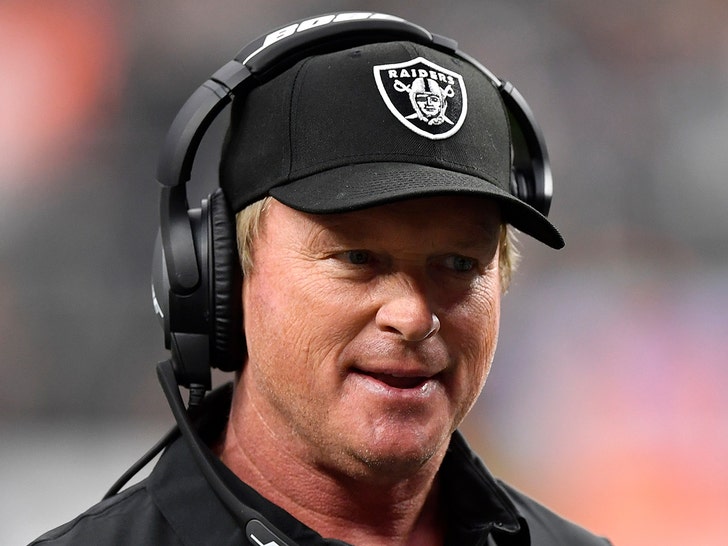 Jon Gruden says he’s sorry for sending an email back in 2011 that contained racist language … saying the comment he wrote was “horrible.”

The email, according to the Wall Street Journal, was sent to Washington Football Team exec Bruce Allen … and it contained a nasty remark about NFL Players Association executive director DeMaurice Smith.

“Dumboriss Smith has lips the size of michellin tires,” Gruden wrote, according to the report.

The email was sent at a time when the NFLPA and the NFL owners were feuding over the league’s collective bargaining agreement. 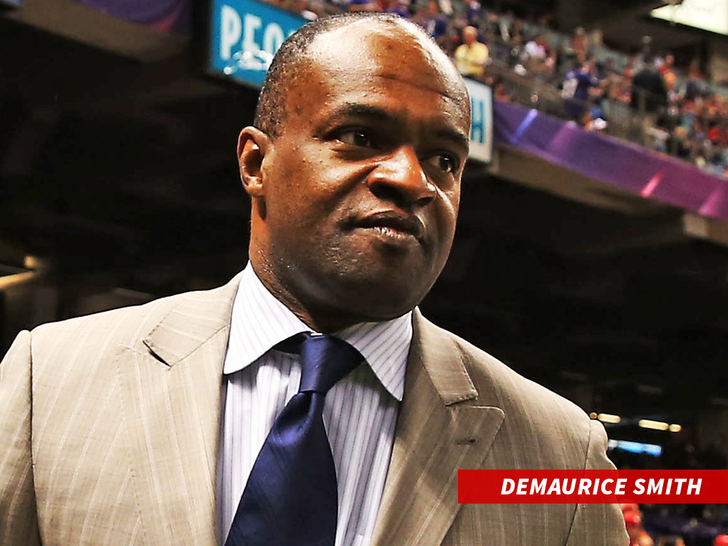 Gruden, who at the time was a broadcaster for ESPN, told the WSJ he didn’t “specifically recall writing the email” — but he added he was still “really sorry” for it.

“I was upset,” 58-year-old Gruden said. “I used a horrible way of explaining it.”

Gruden went on to say he had, in the past, called liars “rubber lips” and went “too far” in his message about Smith to Allen.

What’s interesting, NFL sources tell TMZ Sports the email was found by league investigators while they were conducting a probe into allegations of workplace misconduct in the Washington Football Team organization.

They added the league is currently investigating the matter.

Smith, meanwhile, told the WSJ he was disappointed to learn of the comments Gruden wrote behind his back … explaining, “Racism like this comes from the fact that I’m at the same table as they are and they don’t think someone who looks like me belongs.”

“I’m sorry my family has to see something like this but I would rather they know. I will not let it define me.”

The Raiders — who hired Gruden away from ESPN to be their head coach in 2018 — have yet to comment.