Justin Bieber and Hailey Baldwin showed off PDA while enjoying the warm weather and walking along rocks near the water in stylish swimsuits.

Justin Bieber, 27, and Hailey Baldwin, 24, proved they’re more in love than ever when they were spotted locking lips during their vacation in Turks & Caicos on Mar. 21! The husband and wife were wearing swimsuits at a beach during the PDA-filled moment and were walking along the rocks and water. Justin wore turquoise swim trunks while Hailey showed off a pink bikini and they looked stylish and fit. 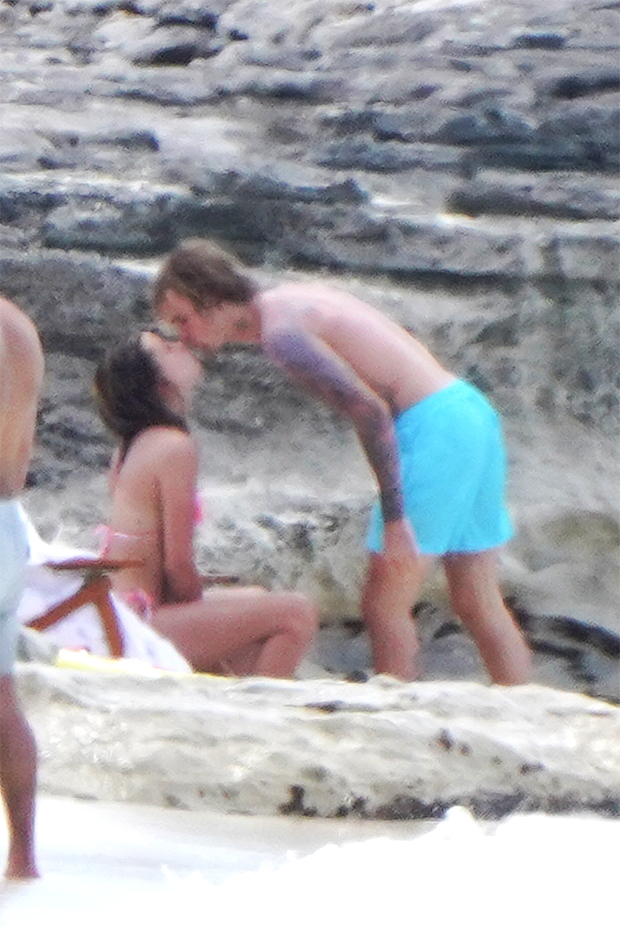 The singer bent over to kiss his lady love at one point and they closely walked together at another. They were still wet from taking a swim and appeared to be relaxed and happy while spending time in the nice weather. Justin also wore a white and blue baseball cap at one point and had a white towel around his shoulders. 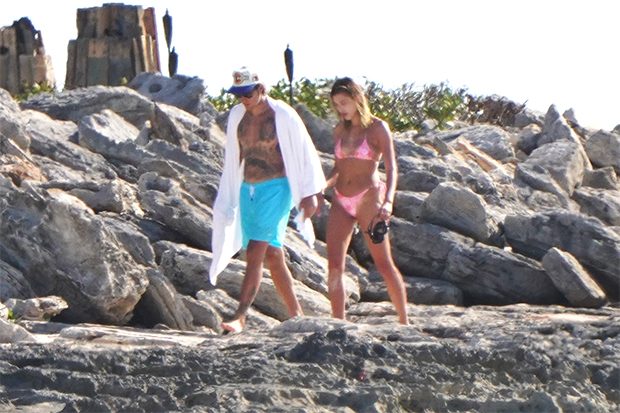 Before their latest outing, Justin and Hailey made headlines for a different outing during their vacation and they again spent time at a beach and looked like they were having the time of their lives. The “Let Me Love You” crooner wore dark blue shorts while Hailey went with a neon pink, orange, and yellow patterned bikini. She held a cup of a beverage while walking along the sand and both she and Justin had big smiles on their faces most of the time.

Justin and Hailey’s vacation comes after Hailey opened up about getting married at 21 in a new interview with Elle. The beauty admitted she “knew” what she “wanted” and didn’t think she had a reason to wait any longer.

“I was married two months before I turned 22, which is insanely young,” she told the outlet in their April 2021 issue. “And sounds almost ridiculous when you say it out loud. Although I do think for somebody like me and somebody like Justin, [it’s different]. We’ve seen a lot for our age. We have both lived enough life to know that’s what we wanted.”

Justin and Hailey were married in Sept. 2018 in a low-key courthouse ceremony. They later had a star-studded big wedding in South Carolina a year later and have seemed to love being newlyweds.