They have plenty in common and come from similar backgrounds, but one of the things Prince William and Kate quickly bonded over was their love of sport.

There’s no denying that the Duke and Duchess of Cambridge share a mutual love for outdoor pursuits such as tennis and sailing, and often when they’re out on sporty engagements, they never shy away from getting stuck into the action.

The couple have previously said their children Prince George, Princess Charlotte and Prince Louis are also showing an interest in sport, whether it’s football, tennis, skiing, or dancing, and they’ve also spoken about the importance of spending time outdoors and being active from childhood.

PHOTOS: 17 of Prince George’s cutest moments through the years

Ahead of the 2022 Commonwealth Games, which kick off this week, let’s take a look at the Duchess’ best sporting moments in the spotlight… 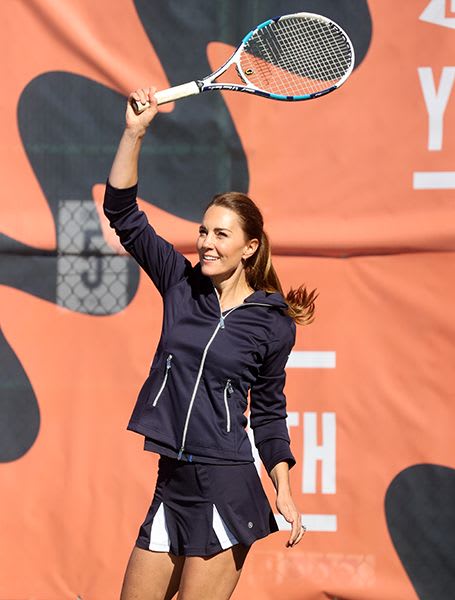 As patron of the All England Lawn Tennis and Croquet Club, Kate is a huge fan of tennis and is a regular spectator at Wimbledon. In September 2021, she had the honour of playing with homecoming champion Emma Raducanu, who had just won the US Open.

Talented sailor Kate, who crewed a yacht on a round-the-world trip during her gap year, has taken to the seas a few times on official engagements. Here she is competing on behalf of The Royal Foundation in the inaugural King’s Cup regatta in August 2019. The event was hosted by William and Kate in Cowes, England.

PHOTOS: 26 times the royals made us laugh while playing sport 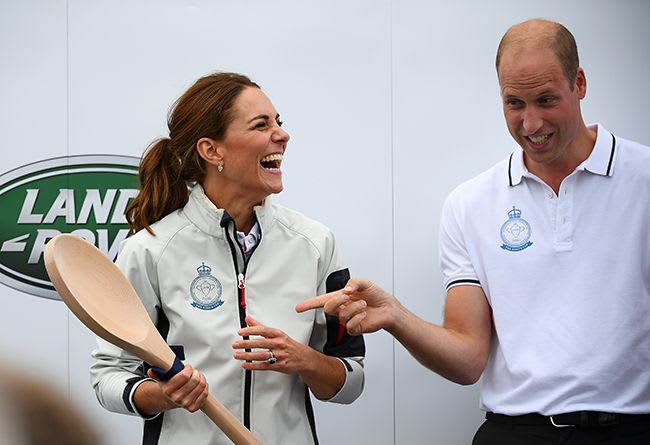 Sadly, during the regatta, the Duchess and her team were awarded the wooden spoon, much to the amusement of her husband William. 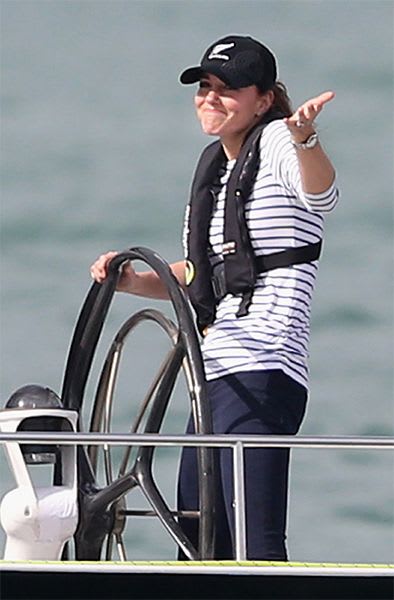 We love the smug look Kate had when she beat William during a sailing race in New Zealand back in 2014 during their royal tour. The couple captained separate teams and Kate showed a dose of healthy competition. 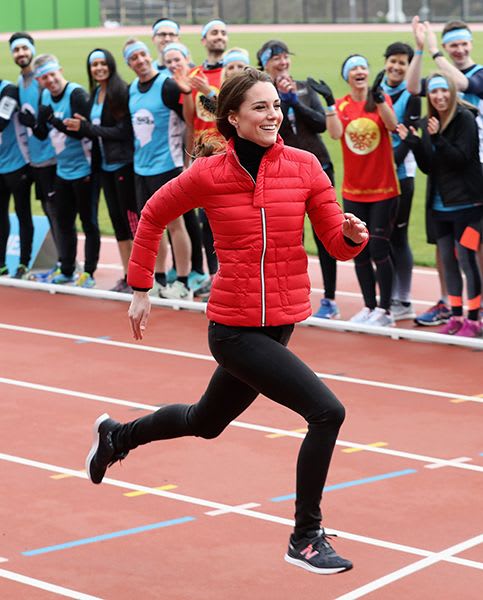 Running is an integral part of Kate’s keep-fit routine. Her cousin Mike Tindall once revealed on his podcast, The Good, The Bad & The Rugby: “She loves running, she can run all day. Engine!”

A photo from the earlier years of their relationship, William and Kate would regularly go on ski breaks when they were boyfriend and girlfriend. Here, the couple hit the slopes in 2008 in Klosters, Switzerland. 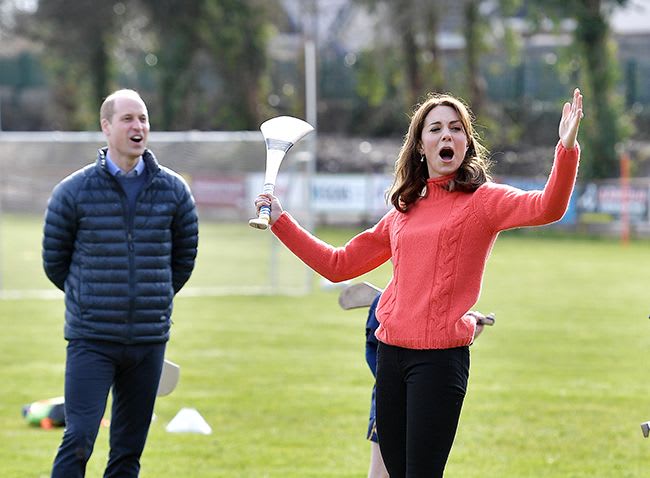 During a visit to Ireland in March 2020, William and Kate had the chance to try a sport they wouldn’t practice every day – hurling! The Duchess looked particularly pleased with herself after attempting the ancient Gaelic hobby. 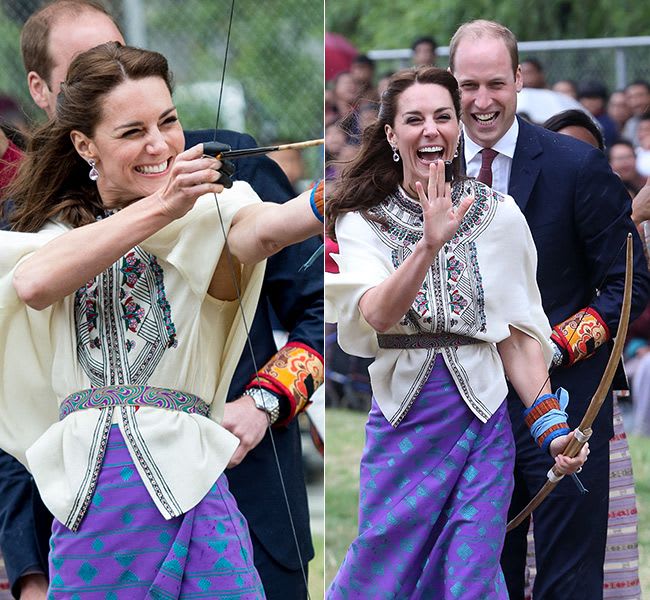 During her royal tour of Bhutan in 2016, the sporty Duchess attempted Bhutan’s national sport after watching a competitive archery game. Kate laughed as her arrow widely missed the target. 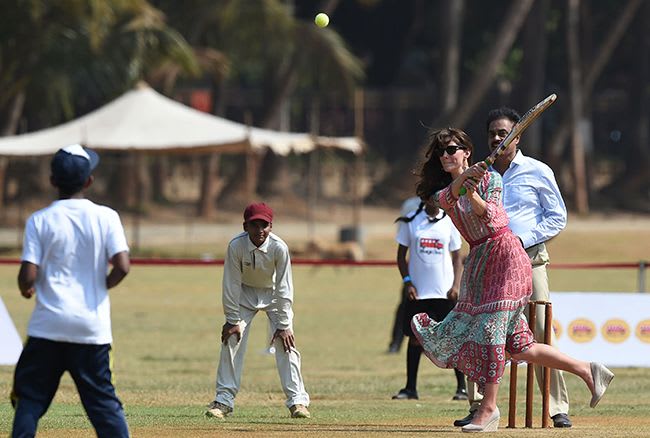 Kate has a go at batting during a cricket match in Mumbai, India.

The Duchess cultivated a love of hockey during her years at Marlborough College. 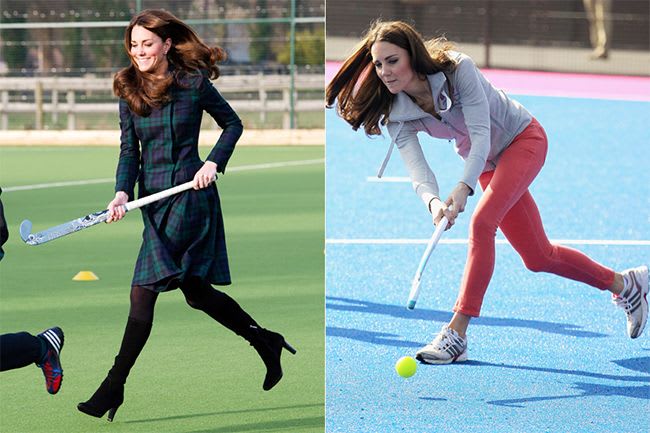 During official engagements, she isn’t shy to practice one of her favourite sports.

The daredevil royal has even had a go at abseiling during her sporty engagements. 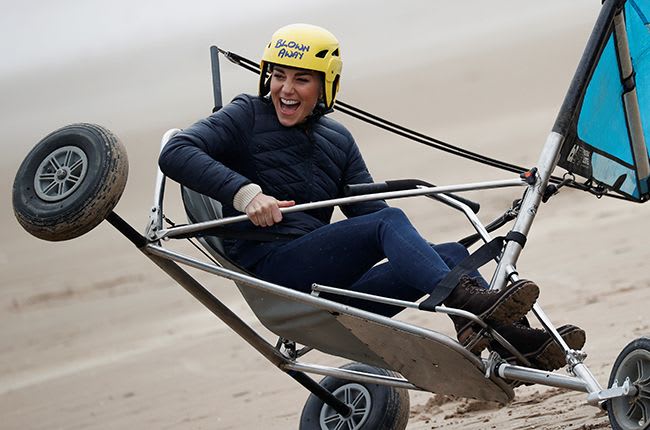 Kate also tried her hand at land yachting on a trip to Scotland in May 2021. She and William were visiting St Andrews, where their love story began. 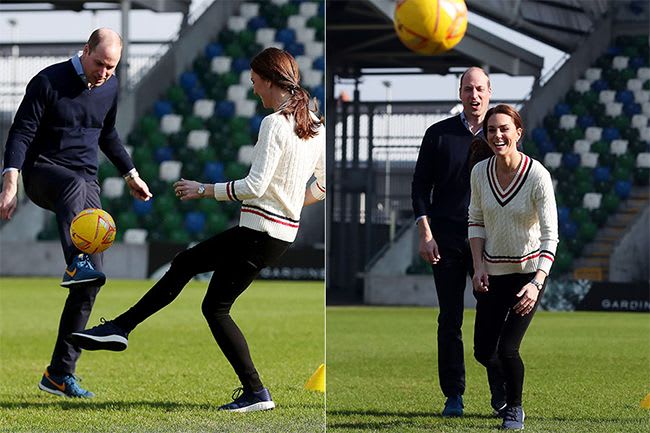 In February 2019, during a visit to Northern Ireland, the couple visited Windsor Park. William and Kate joined a group of local children in dribbling drills, with Aston Villa fan William showing off his skills. Kate happily got involved, enjoying a kickabout with the kids. 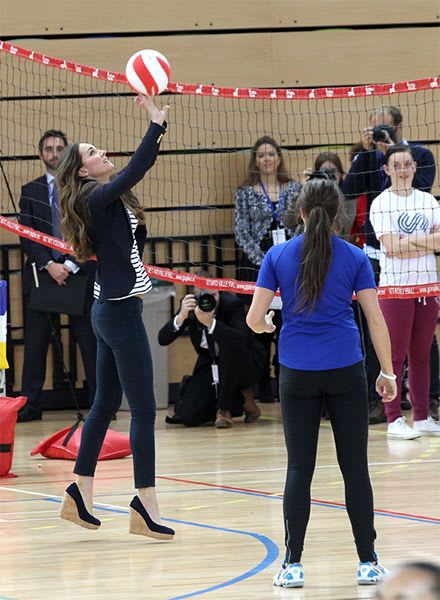 When William and Kate briefly split in 2007, the Duchess joined the Sisterhood rowing team. Kate became fully involved in the 21-strong female crew as they undertook months of training on the River Thames in preparation to cross the English Channel for charity.

The Duchess was able to show off her aquatic skills as a newlywed in Canada, when she and William paddled a canoe while visiting Blatchford Lake.