Ready for summer! Khloé Kardashian shared a new bikini selfie via Instagram just over a month after a seemingly unretouched photo of her was wiped from the internet.

Kardashian-Jenners and Celebs Rally Around Khloe K. After Photoshop Drama

The Revenge Body alum, 36, posted the selfie and an accompanying video on Tuesday, May 18, with a caption notifying her fans about the date of the next Good American clothing drop. In the snaps, she wore a tiny green string bikini with a minimalist bracelet as her only accessory. 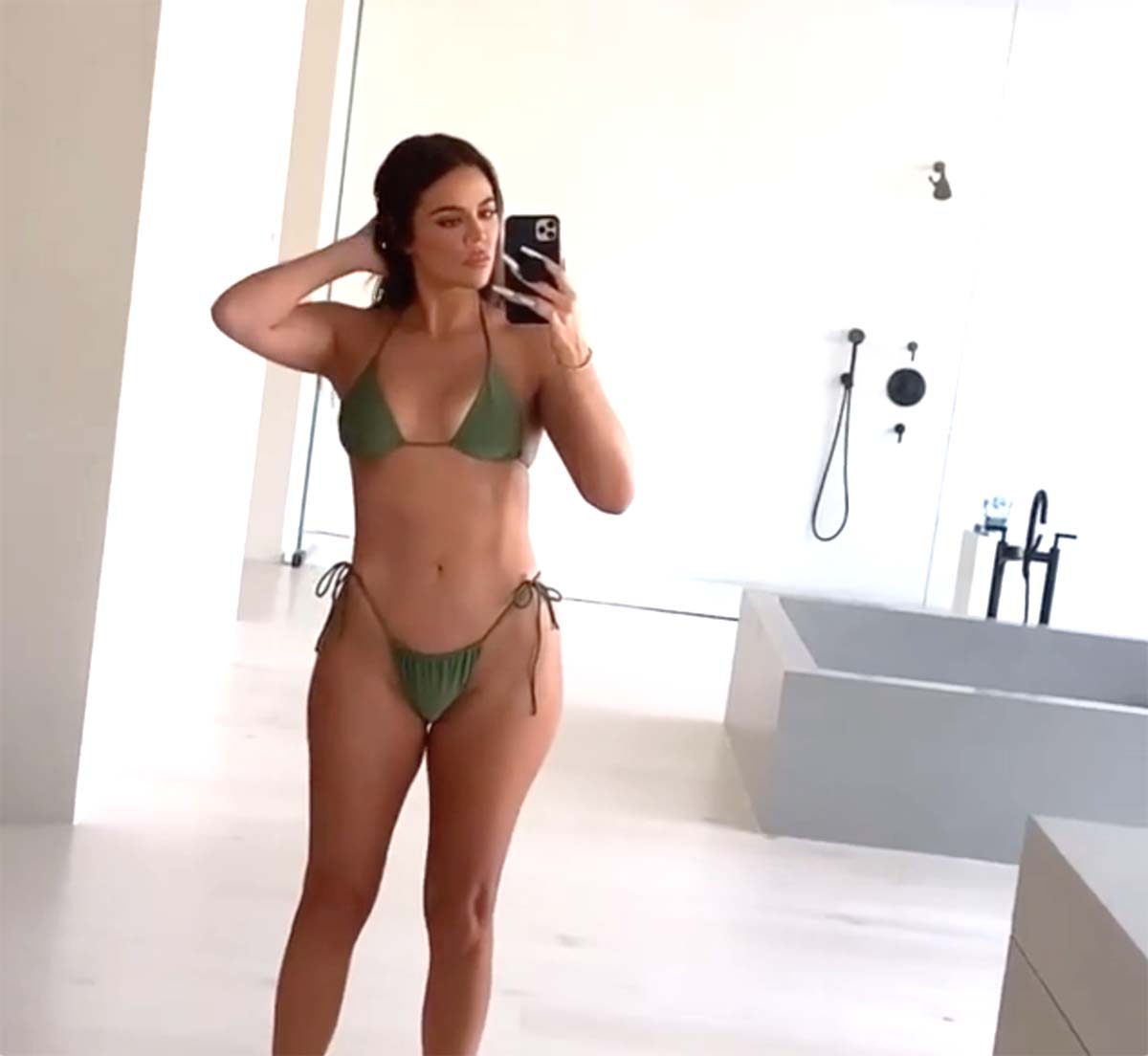 “I mean you give us so much,” commented Simon Huck, a Kardashian family friend. Andy Cohen, who will host the upcoming Keeping Up With the Kardashians reunion special, responded with a string of six flame emojis.

The reality TV star chose the song “Fly Away” by Tones and I to soundtrack the video. “I had a dream that someday I would just fly, fly away,” read the lyrics. “And I always knew I couldn’t stay, so I had a dream that I’d just fly away.”

The new post came just weeks after a “private” photo of Kardashian went viral and was subsequently deleted from all outlets.

“The color edited photo was taken of Khloé during a private family gathering and posted to social media without permission by mistake by an assistant,” Tracy Romulus, chief marketing officer of KKW Brands, said in a statement on April 5. “Khloé looks beautiful but it is within the right of the copyright owner to not want an image not intended to be published taken down.” 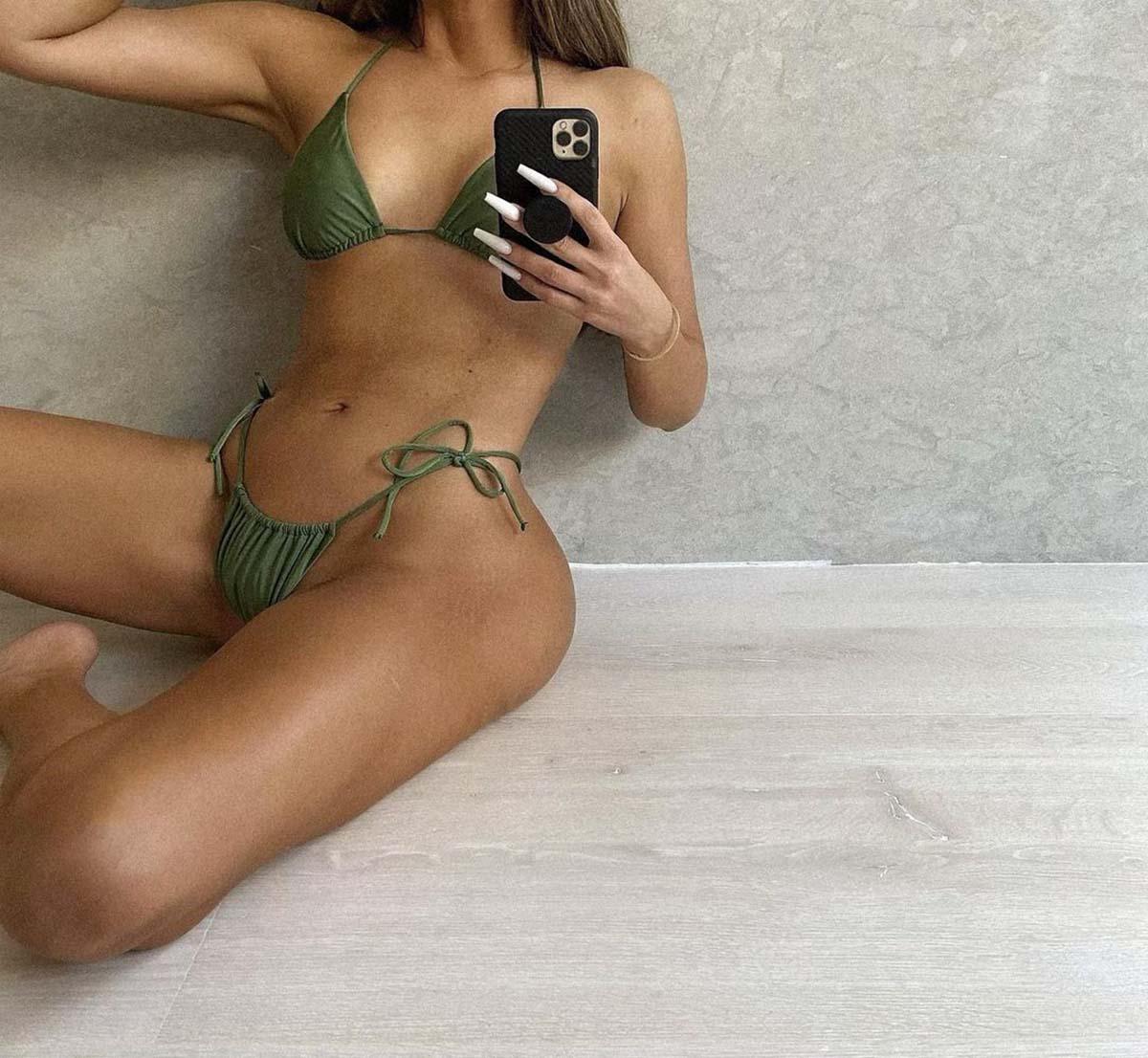 The Strong Looks Better Naked author responded to the controversy two days later with a brief Instagram Live session showing off her body and a lengthy statement shared via social media.

Everything Khloe K. Has Said About Her Ever-Changing Look, Facetune

“The photo that was posted this week was beautiful,” she wrote on April 7. “But as someone who has struggled with body image her whole life, when someone takes a photo of you that isn’t flattering in bad lighting or doesn’t capture your body the way it is after working so hard to get it to this point — and then shares it to the world — you should have every right to ask for it not to be shared — no matter who you are.”

She also addressed the insecurity she’s felt over the years as the Kardashian sister who “looks so different” from the others. “You never quite get used to being judged and pulled apart and told how unattractive one is, but I will say if you hear anything enough then you will start to believe it,” she continued. “This is how I have been conditioned to feel, that I am not beautiful enough just being me.”

The former host concluded by admitting that she loves a “good filter” and “good lighting,” but noted that the photos she shares with the world are her “choice” and no one else’s.

Celebs Fight Back on Social Media

“It’s not for anyone to decide or judge what is acceptable or not anymore,” she wrote. “I have realized that we cannot continue to live life trying to fit into the perfect mold of what others have set for us. Just do you and make sure your heart is happy.”