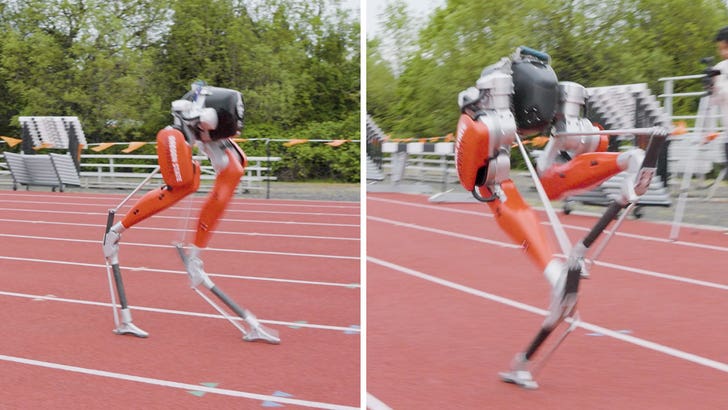 Oregon State University just unleashed the fastest bipedal robot in the world — a machine that is faster than the speed of your average mall walker … which just clocked a 100-meter dash with the time of 24.73 seconds!!

The star robo-athlete is named Cassie … which was invented by the OSU College of Engineering. OSU says Cassie was built with knees like an ostrich and has no cameras or censors — so it is basically blind.

The big single-entry race went down at the school’s Whyte Track and Field Center … and while it may not outrun the average human, the accomplishment is incredible. 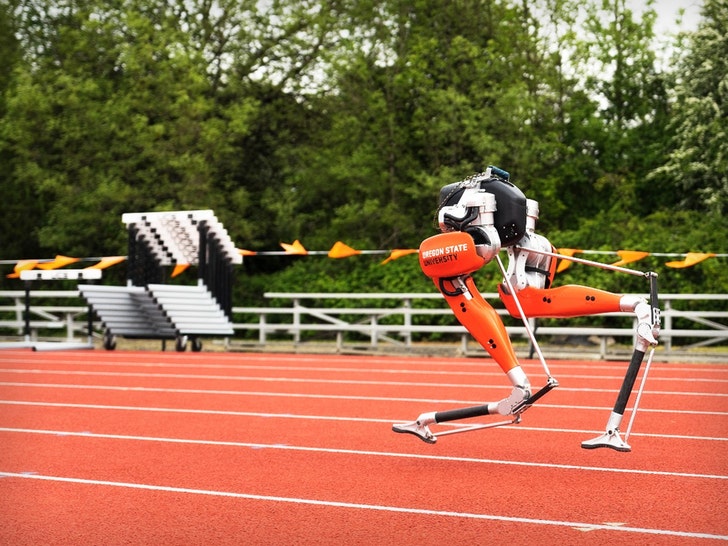 As it turns out, Cassie has another major feat on its resume … after running a 5k in 53 minutes back in 2021.

“Cassie has been a platform for pioneering research in robot learning for locomotion,” project leader Devin Crowley said. “Completing a 5K was about reliability and endurance, which left open the question of, how fast can Cassie run? That led the research team to shift its focus to speed.”

For the sake of all humans out there … we hope Cassie doesn’t get too fast now.