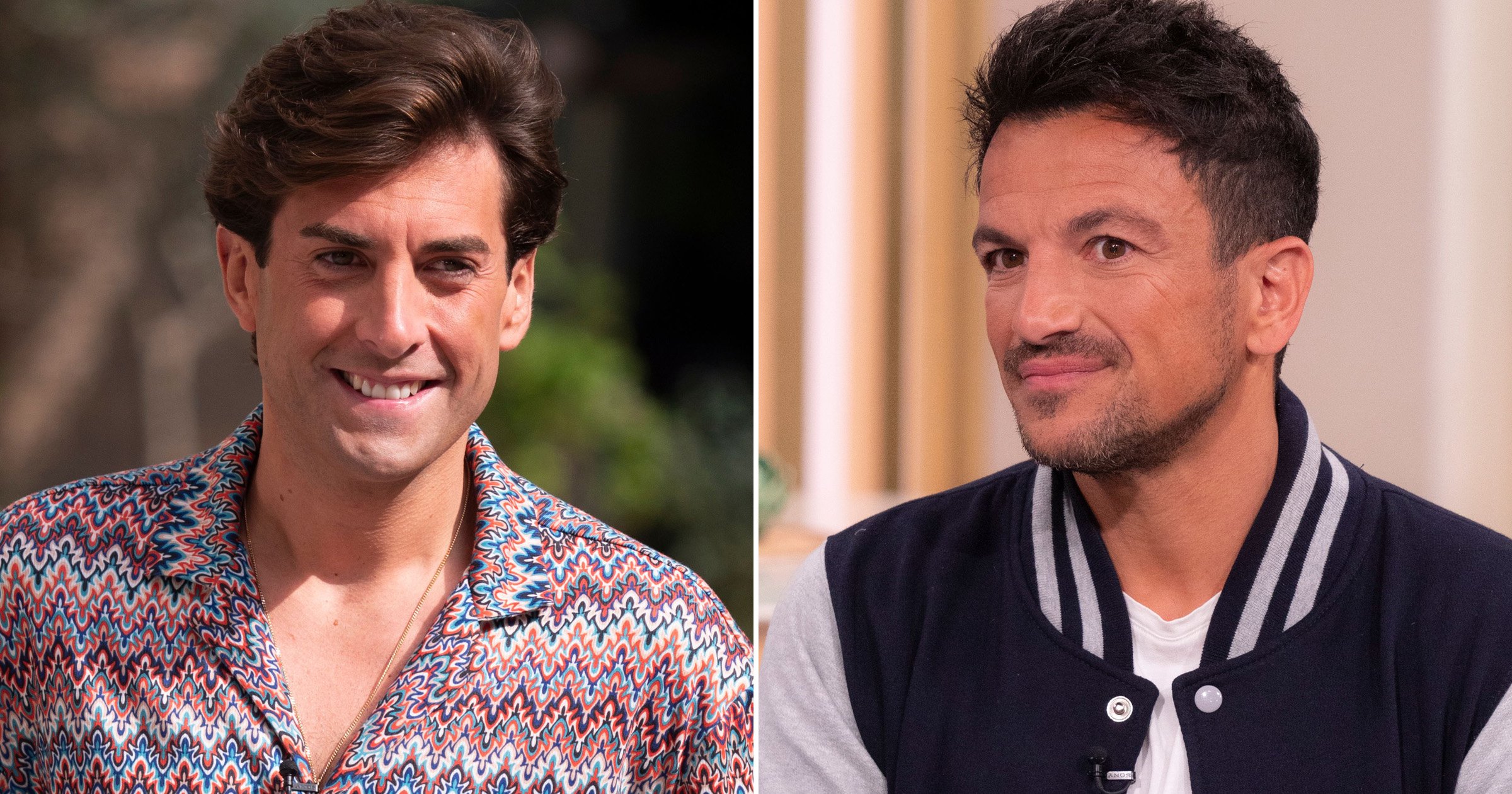 Peter Andre has spoken out in support of James Argent after his new relationship raised eyebrows over a large age gap.

The former Towie star, 34, has recently been linked to 18-year-old Italian actress Stella Turian, with the pair having been seen packing on the PDA while on a trip to Marbella this month.

A source told the MailOnline it was ‘love at first sight’ for the new couple, who reportedly met three months ago, despite the 16-year age gap.

And while some are concerned about the difference in age between the teenager and TV personality, musician Peter is ‘happy’ for the new couple and insist he ‘never’ felt an age gap between himself and his own wife.

Peter, 49, himself has a 16-year gap with his wife Emily, 33, with the pair beginning their relationship 10 years ago before going on to marry and have two children together.

Writing in a column for new! magazine, Peter says he doesn’t think he has ‘ever let an age gap between us and when you see us together you wouldn’t feel there is.’

The couple began their relationship when they were 39 and 23 respectively, with the Mysterious Girl singer insisting that ‘on paper things can look a certain way but… it depends how you are with the person.’

He admitted there ‘was a lot said’ when he and Emily first began dating, but not that they are in their 30s and 40s ‘no one ever says anything.’

Peter met doctor Emily after his marriage to ex-wife Katie Price came to an end, with whom he shares son Junior, 17, and Princess, 15.

He now has Theo, eight, and Amelia, six, with Emily.

Arg’s new relationship comes after he admitted he was ready to look for romance after losing an incredible 14 stone in a major fitness kick.

Speaking on Lorraine in June, the reality star revealed he had ‘finally come to a point where I am truly confident.’

‘I know it sounds cliché but they say, you can’t love anyone until you love yourself. And I do genuinely love myself now.’

After James expressed how strong he currently feels ‘physically and mentally’ he explained that now is the time ‘to take care of someone else.’

‘I did meet a woman in Mykonos,’ he revealed at the time.

‘It wasn’t a holiday romance or anything like that, but we exchanged numbers. She’s not English she lives abroad, but who knows. It’s exciting.’