Lady Gaga offered rare comments about her relationship with boyfriend Michael Polansky while promoting her upcoming film, ‘House of Gucci.’

Lady Gaga called boyfriend Michael Polansky her “whole life” while discussing the kidnapping of her French bulldogs earlier this year. While filming her upcoming film House of Gucci in Rome in February, the 35-year-old singer’s dog walker Ryan Fischer was shot by perpetrators who fled the scene with two of her three dogs in West Hollywood. Gaga gave an update in her profile with The Hollywood Reporter published on Nov. 17, calling her boyfriend and her pups her everything. 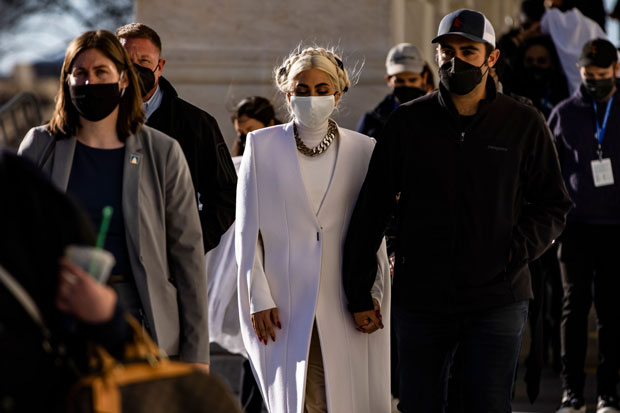 “Everybody’s OK,” she said. “Everybody’s healing. I pray for Ryan all the time. I’m so grateful that we did not lose him. And every day I thank God for the safe return of my dogs.” Gaga added, “My dogs and the man that I love are my whole life.” Gaga said that authorities did not believe Ryan was targeted due to his connection to her. “It was random,” she said. “It’s what reminds me that I’m just like everybody else in some ways. We’re all susceptible to these things.”

The Oscar winner confirmed her relationship with Michael, a 43-year-old executive director at Facebook co-founder Sean Parker’s The Parker Foundation, in February 2020. She shared a photo of the two aboard a yacht in Miami on Instagram. A source recently told Entertainment Tonight that Gaga, born Stefani Germanotta, and Michael are the “real deal,” calling the executive director Gaga’s “rock.”

“Michael is her North Star,” the source said. “He is such a grounding and guiding presence for her.” As for his preference for privacy amidst a relationship with a high profile figure, the source added, “He loves Lady Gaga, but he’s in love with Stefani. He loves the theatrics and her artistry, but he is very happy being out of the spotlight and letting her shine.” 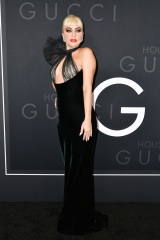 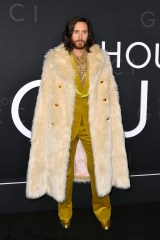 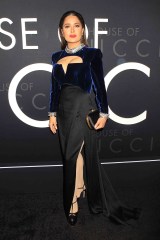 Gaga has been shining, indeed, starring as Patrizia Reggiani, famously convicted of hiring a hitman to kill her ex-husband Maurizio Gucci, Gucci heir, in 1995, in House of Gucci. On Nov. 16, Gaga spoke to Good Morning America about embodying the role and explained why she chose not to meet with Patrizia.  “There was a lot that was in the media that was sensationalized about how she was this gold digger and about how she killed for greed and money,” Gaga said.

House of Gucci will arrive in theaters on Wednesday, Nov. 24.