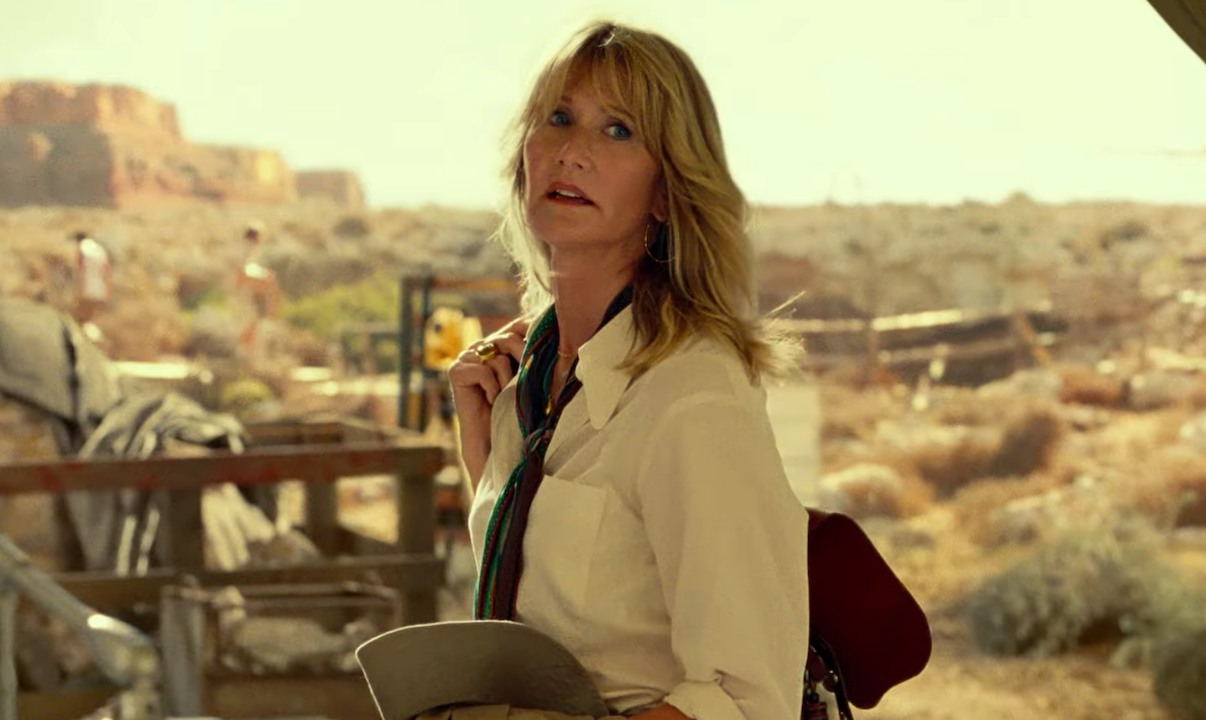 My nemesis Laura Dern returned to the Jurassic Park franchise for Jurassic World Dominion. Dern has played the same “scientist” character, Dr. Ellie Sattler, in the first and third films. I don’t have much of a problem with the character, although y’all know Dern plucks my last nerve. Still, I’m fine with Dern or any actress playing a scientist. Ellie Sattler was a woman in STEM before we understood the importance of women in STEM. What’s funny about that is that Dern thinks it’s important to emphasize that Dr. Sattler is not a “sexy scientist trope” and as such, she… didn’t wear makeup.

Dern said she personally “never imagined returning” to play Dr. Ellie Sattler one more time. But if her character was going to come back, she wanted her to be an “evolved scientist” and “true to who she was, which is being fearless yet vulnerable.”

“Her activism and feminism as a scientist was really important to me. I spoke with Steven and Colin, and we all wanted her to return with a new sense of self and advanced in her life and her work,” said Dern. “She’s not some sexy-scientist trope. I didn’t wear makeup in this movie. She’s real. She’s divorced, but loving life, and independent. She’s raised kids. And she’s at the height of her career, and she’s using it as service to the world. She’s really a modern, feminist female action hero, and that’s a beautiful message.”

The thing is, I didn’t think the character was a “sexy scientist trope” in Jurassic Park? Dern looked like a normal woman, she wore ugly-but-comfortable shorts throughout the whole movie and she was never in a face full of makeup or anything. And even if Dern had worn makeup in Dominion – which she did – that isn’t some indicator of someone’s feminism for God’s sake. Feminists wear makeup. Plenty of scientists wear makeup. “Wearing makeup” does not nullify someone’s feminism or their scientific mind. And she was plainly lying about not wearing makeup. Which Dern does a lot. Which is one of the reasons why she’s my nemesis. 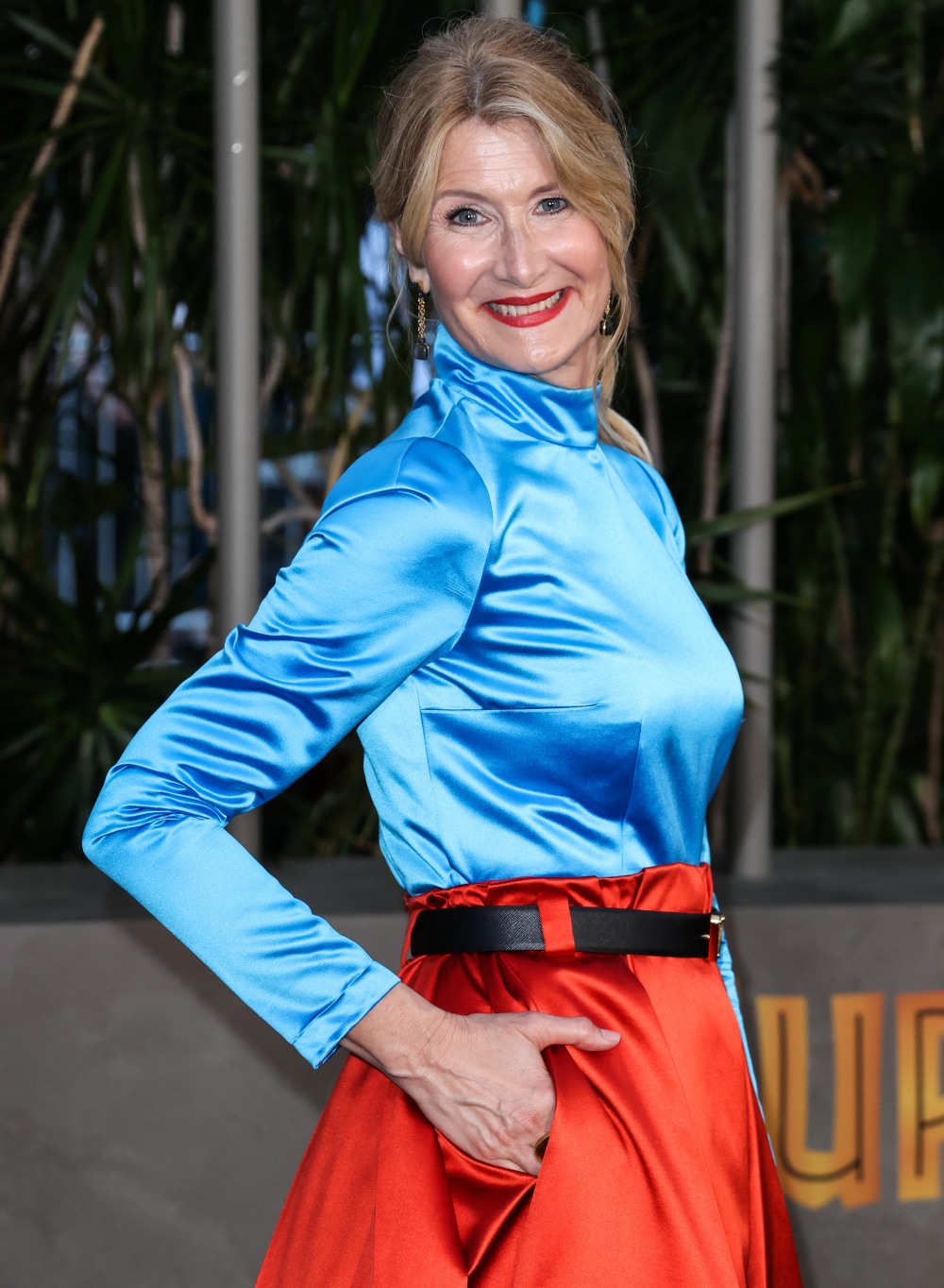 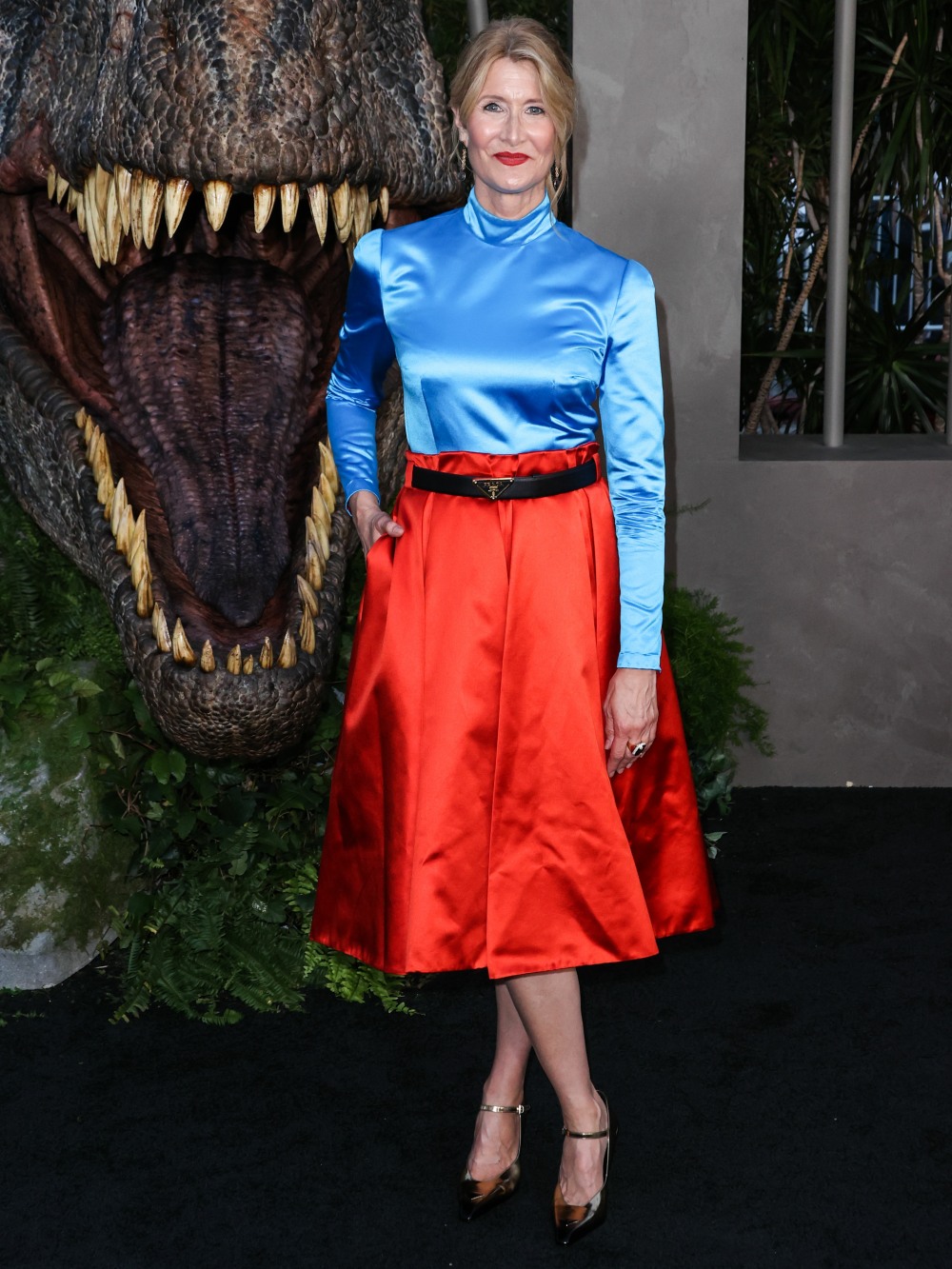