Some unsuspecting school children were in for a massive surprise during a trip to Mercedes HQ, when Lewis Hamilton rocked up in a sneaky disguise.

The Formula 1 legend got in the Halloween spirit as he sported an elaborate latex mask to make himself appear much older than his years.

Lewis, 36, went all out as he posed as a Mercedes employee, before surprising the primary school pupils, who are all aspiring engineers.

The star’s disguise gave him grey hairs in his beard and wrinkles, while he also donned a cap and glasses to complete the look.

He showed the children his own car, saying: ‘This Lewis’s car. Nobody touches this car.’

Lewis went on to give the children an inspiring message, telling them: ‘Education, I know, is key for every child. 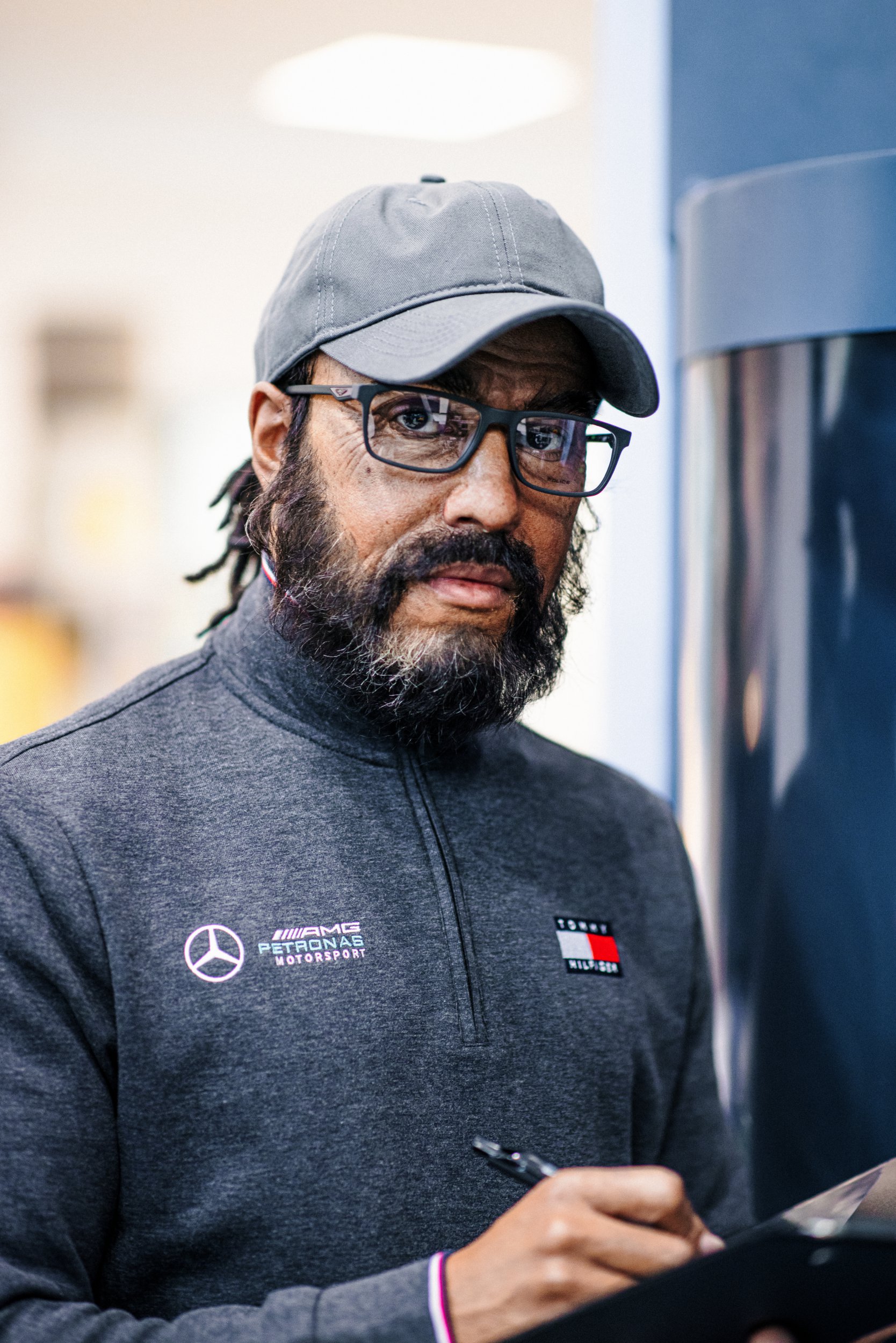 ‘There are a lot of youngsters who don’t realise that being an engineer, for example, is an avenue that they can go down.’

Lewis has made it clear that he’s passionate about being a force for change, recently opening about his support for the Black Lives Matter movement, especially the moment when he wore a shirt emblazoned with Breonna Taylor’s image on the podium after a race.

Taylor, 26, died in March after being shot by police officers several times when they entered her apartment in Louisville, Kentucky.

Lewis explained that he knew he had to take the first place spot to wear the shirt, saying: ‘I can’t be second. I’m wearing that shirt; I’ve got to get to first to bring light to her name.’

He recalled to WSJ Magazine: ‘I get these nerves like, “Shoot, I’m about to break the rules and people aren’t going to be happy with it.”‘

While Hamilton received a lot of support, Formula 1 later changed the rules about what drivers can wear on the podium, with Lewis adding: ‘Well, they’ve changed a lot of rules after a lot of things that I’ve done.’