While Meghan McCain ‘can’t compare’ her experience to Meghan Markle’s, she knows what it’s like to be scrutinized by the media and made to ‘look bad.’

Meghan McCain knows a little bit about how Meghan Markle feels. During a discussion about the Duchess of Sussex’s bombshell interview with Oprah Winfrey, McCain opened up about the way she’s been vilified during her time on The View, somewhat like how the British press has attacked and printed lies about Markle. “In no way am I comparing my life experience to Meghan Markle’s,” McCain stressed at the beginning of her speech. “She experienced egregious racism on a global stage.”

“But I do know what it feels like to be on a TV show or a political campaign where people are leaking stories about you with the sole intention of making you look bad,” McCain continued. “And let me tell you, it will do a number on your mental health like you can’t believe. It will make you feel isolated, it will make you feel paranoid.” She clarified that she has never contemplated suicide like Markle revealed in her Oprah interview. Markle told Oprah that she, at one point, had thoughts of suicide and tried to seek help from higher-ups at the royal “institution.”

She was allegedly told she could not go to the hospital because of the optics. “I remember this conversation like it was yesterday. They said, ‘My heart goes out to you, because I see how bad it is, but there’s nothing we can do to protect you because you’re not a paid employee of the Institution.’ This wasn’t a choice,” Markle recalled. “[I] e-mailed, begging for help, saying very specifically, ‘I am concerned for my mental welfare.’ And people going, ‘It’s terrible, we see it,’ but nothing was ever done. So [Harry and I] had to find a solution.” 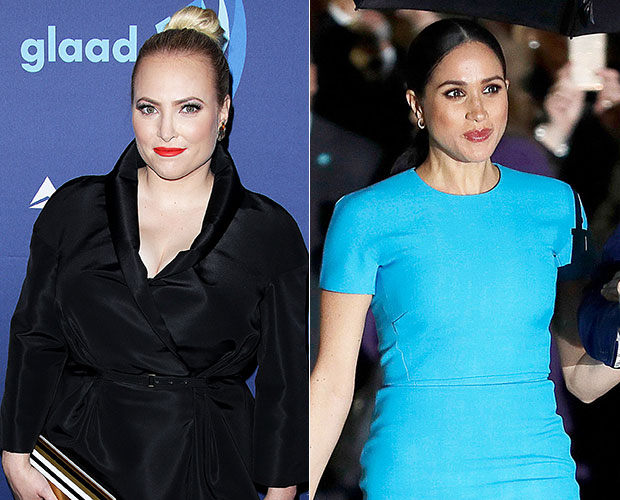 McCain said that she thinks the way Markle was treated by the press (and still is) is indicative of a bigger problem. “I think that it’s a specific way that women are abused in the media,” she explained. “We’ve been talking about Britney Spears, we’ve been talking about Meghan Markle. I think we need to reassess what is allowed in different places and what is considered abuse… I just hope that it makes us reassess globally and in America how we treat women that are on stages what is legally allowed when it comes to falsehoods and leaking.: