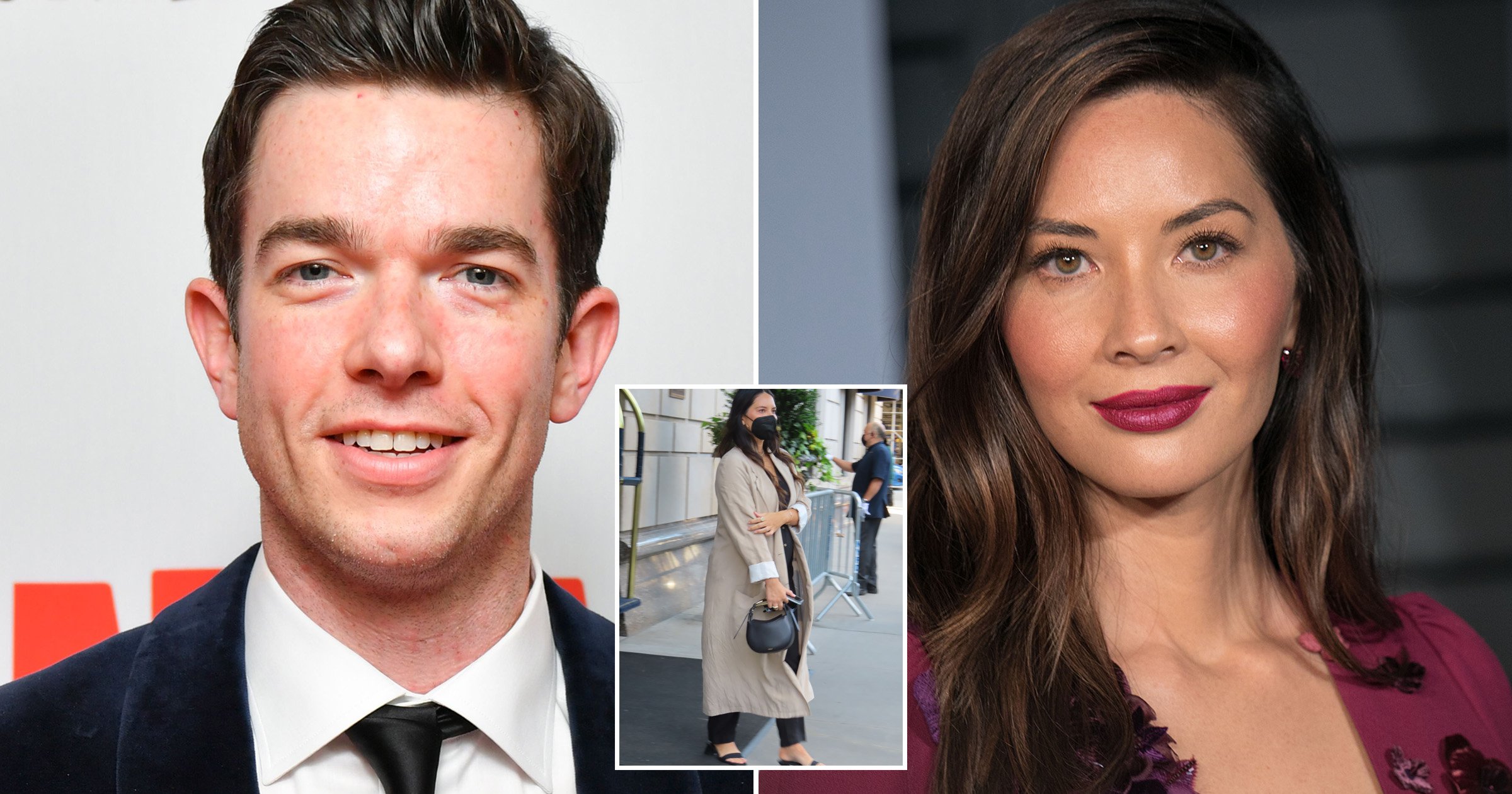 Olivia Munn and John Mulaney are expecting their first child together, and the actor has spoken publicly about her pregnancy for the first time.

Olivia, 41, shared an update with Access’ Mario Lopez, admitting her and comedian John, 39, haven’t found out the sex of their first child yet.

‘I haven’t decided if I’ll find out yet or not. It’s a good surprise to find out. There’s very few surprises in life,’ the actor said.

The Magic Mike star also said she’s ‘feeling really good’ during her first pregnancy and expressed her gratitude for the community of parents and parents-to-be.

‘The outpouring of love and support has been really amazing,’ she began,

‘There’s a very real mom tribe that comes up, I’ve heard about it, but they’ve really come up in full force. And there’s a really great dad tribe too. Everybody comes up and just really is so supportive and loving. It has really meant so much to me.’

The X-Men actor also joked about her dogs not even realising that she’s pregnant, despite people telling her ‘your dogs can pick up on those kinds of things.’

‘They just walk over my stomach, they don’t care. I’m laying on the couch and they just walk right over. They have no idea what’s happening,’ she admitted.

He made the announcement during an appearance on Late Night with Seth Meyers Tuesday, describing Olivia as ‘a wonderful woman’ who he first met at Seth’s wedding in 2013 – soon after he becoming clean from a drug and alcohol addiction.

He said: ‘I got into this relationship that’s been really beautiful with someone incredible who has dealt with the non-coked up Bambi version of me, and that’s been very incredible, and she’s kind of held by hand through that hell. And we’re having a baby together. I was nervous when I was about to say the news!’

John also gushed that the pair are ‘really, really happy’ and confessed Olivia and the baby ‘saved him from himself’ as he recovers.

Rumours began circulating this month that The Newsroom star was expecting as pictures emerged showing her appearing to have a bump under baggy clothing.

The stars had yet to confirm they were even dating, after speculation went wild back in May that they were seeing each other.

Then in December 2020, when it was reported that John was entering rehab for drug addiction, the actress tweeted: ‘Sending SO MUCH love and support to John Mulaney. You got this.’

Olivia was previously in a relationship with NFL star Aaron Rodgers from 2014 and 2017.