Dan Walker, 43, has been at the receiving end of one of Piers Morgan’s jibes this evening. The outspoken Good Morning Britain presenter, 55, took to Twitter to question if he could hear the Football Focus presenter’s “saintly halo cracking” after he was called out for making, what some BBC Breakfast viewers have branded, a “sexist error”.

Is that the sound of a saintly halo, I hear cracking?

Following a blunder on BBC Breakfast this morning where the show didn’t refer to guest Professor Claire Hopkins by her title, Piers Morgan took to Twitter to take a jab at the presenter.

Piers tweeted to his seven million followers: “Oh dear. Is that the sound of a saintly halo, I hear cracking?”

Underneath, he posted an article referring to the presenter’s so-called “sexist error”.

Piers’ tweet comes hours after the BBC presenter apologised to Professor Claire Hopkins after the show didn’t include her title, but used it in the case of a male professor. 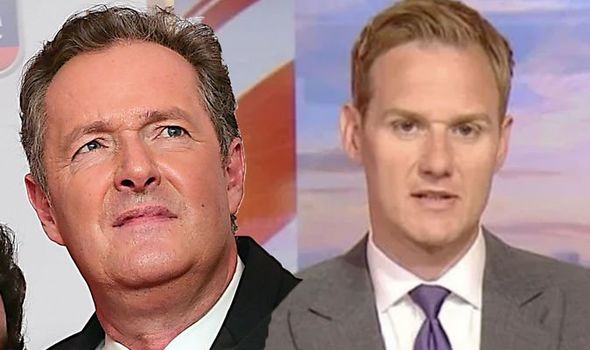 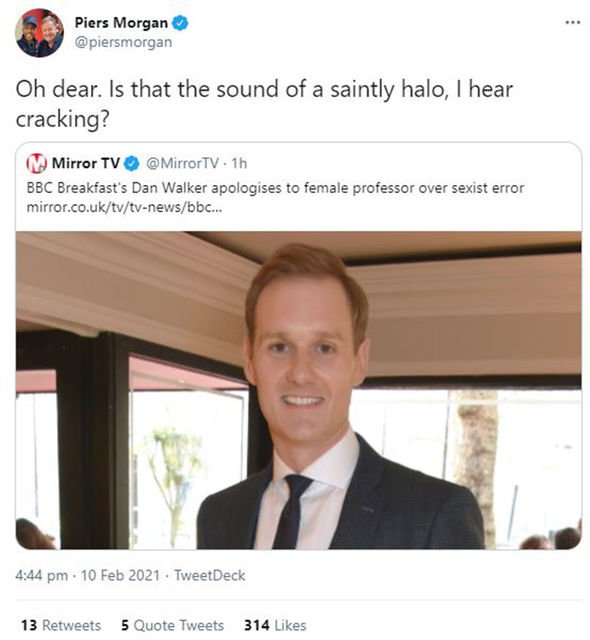 One follower was quick to comment on Piers’ tweet and wrote: “Oh Piers is he trying to adopt a Bad Boy persona lol doesn’t suit him lol.”

During a segment discussing coronavirus symptoms this morning, Professor Claire Hopkins was introduced to viewers as an ears nose and throat surgeon.

But the header on the show failed to include the title ‘Professor’.

Later on in the show, Professor Nirmal Kumar, who has the same job as Claire, took part in a live discussion and was introduced with his title. 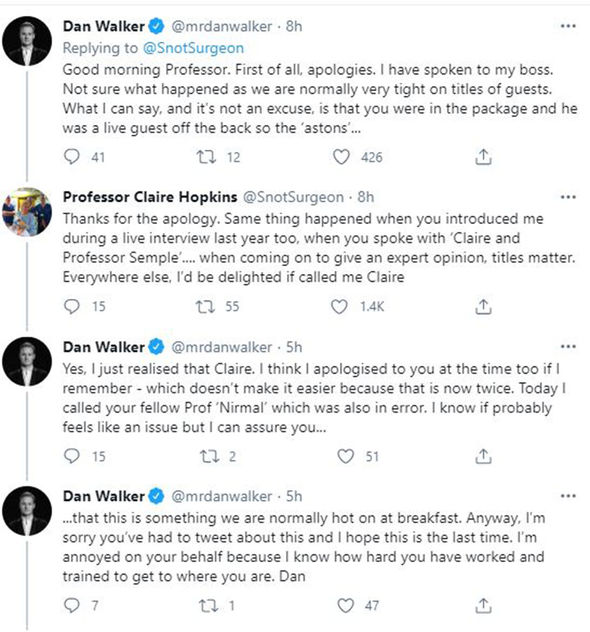 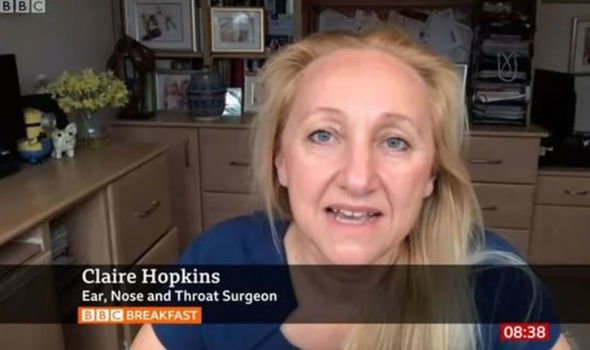 Following the mistake, Dan took to Twitter to apologise to his guest, but not before she had tweeted about her experience of “unconscious bias” on the Breakfast show.

The Professor wrote: “Spot the difference…. delighted to take part in an interview on BBC breakfast this morning with my colleague.

“We are both Professors and Consultant ENT surgeons…..why don’t we get treated in the same way? #untitling #unconcious bias”.

The football expert swiftly made a public apology for the error.

“First of all, apologies. I have spoken to my boss. Not sure what happened as we are normally very tight on titles of guests.”

Dan then went on to reveal that he had in fact apologised for the error twice.

Professor Hopkins graciously accepted the presenter’s apology, and replied: “Thanks for the apology”.

However, she also revealed that the “sexist error” had occurred last year with the BBC Breakfast show presenter at the helm.

She continued: “Same thing happened when you introduced me during a live interview last year too, when you spoke with ‘Claire and Professor Semple’…. when coming on to give an expert opinion, titles matter.”

Fans were quick to comment on the unfolding event, with some praising the BBC presenter for apologising.

One fan wrote: “It’s the ‘face’ of a programme openly and honestly apologising for someone else not doing their job – well done @mrdanwalker for taking one for the team!”