Robin Williams’ daughter is speaking out after fans have been “spamming” her online.

On Tuesday, actor Jamie Costa took the internet by storm when he shared a five-minute clip of his spot-on impersonation of the late comedian.

The clip, titled “ROBIN Test Footage Scene,” featured the moment that Williams learned that John Belushi had died the previous night while preparing for a taping of “Mork & Mindy.”

Fans praised the performance and have apparently been sending the video to Williams’ daughter Zelda – incessantly.

“Guys, I’m only saying this because I don’t think it’ll stop until I acknowledge it…” Zelda, 32, said on Twitter on Tuesday. “Please, stop sending me the ‘test footage.’”

She confirmed that she’s “seen” the footage and said that Costa, 31, is “SUPER talented.”

“… This isn’t against him,” she said of the actor, “but y’all spamming me an impression of my late Dad on one of his saddest days is weird.” 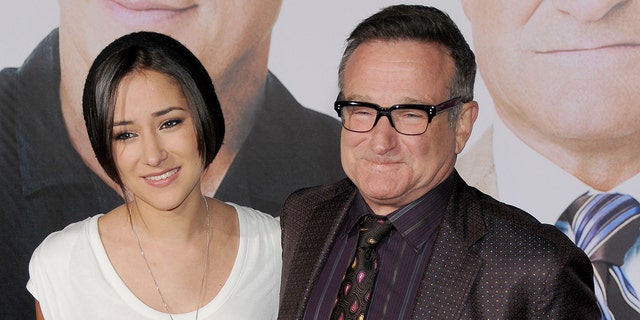 Zelda Williams asked fans to stop sending her the viral footage of a spot-on impersonation of her late father Robin Williams.
(Photo by Gregg DeGuire/FilmMagic)

Williams died by suicide in 2014 when Zelda was 25. At the time, the Oscar winner was battling Lewy body dementia.

On Aug. 11, 2021 – the seven-year anniversary of Williams’ death – Zelda took to Twitter to share a message of support for those going through loss.

“Sending love out there today to all the folks navigating loss,” she wrote. “New, old, the connective tissue of that deeply human pain can be hard to bear, but I find it easier sometimes knowing how many others have felt the same sting. We’re not alone.”

She then shared a quote from Japanese writer Haruki Murakami.

“Sometimes when I look at you, I feel I’m gazing at a distant star. It’s dazzling, but the light is from tens of thousands of years ago,” read the message. “Maybe the star doesn’t even exist any more. Yet sometimes that light seems more real to me than anything.”

If you or someone you know is having thoughts of suicide, please contact the National Suicide Prevention Lifeline at 1-800-273-TALK (8255).