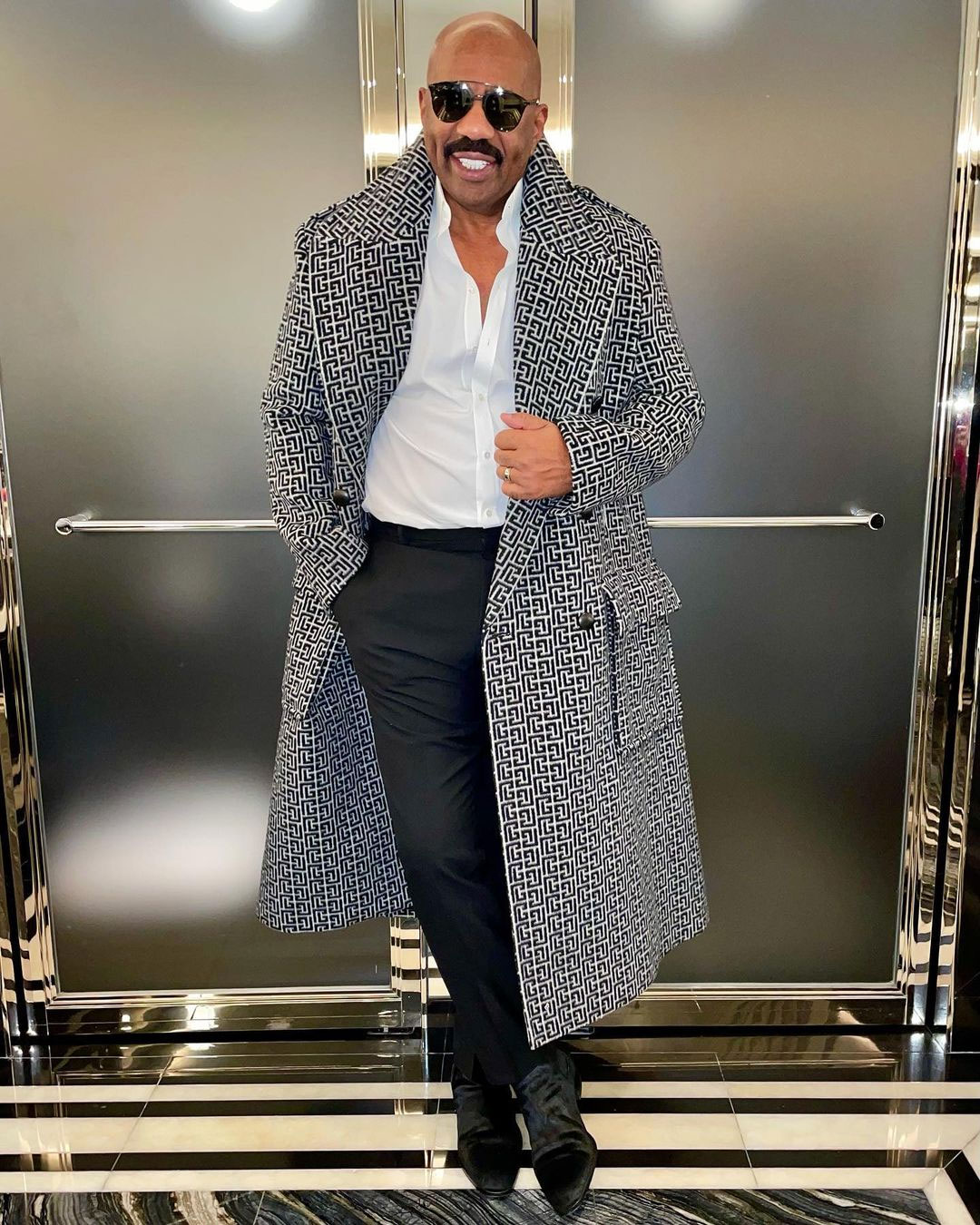 Lori Harvey may be the fashion influencer in the family, but it appears that father Steve Harvey is encroaching on her turf! The 64-year-old Family Feud host is setting social media abuzz for busting out a number of unexpectedly sharp high-fashion ensembles during a trip to Paris with his wife, Marjorie.

The former standup comedian has always had an affinity for fashion, but his new ‘fits hit different. Brought to life with the help of fashion stylist Elly Karamoh, his latest ensembles are comprised of fresh-off-the-runway finds from luxury labels like Bottega Veneta, Tom Ford, Fendi — and the list goes on.

He’s stepped out in everything from monochromatic purple suits and Balmain trench coats to black leather Bottega Veneta pants and blue Berluti jackets. 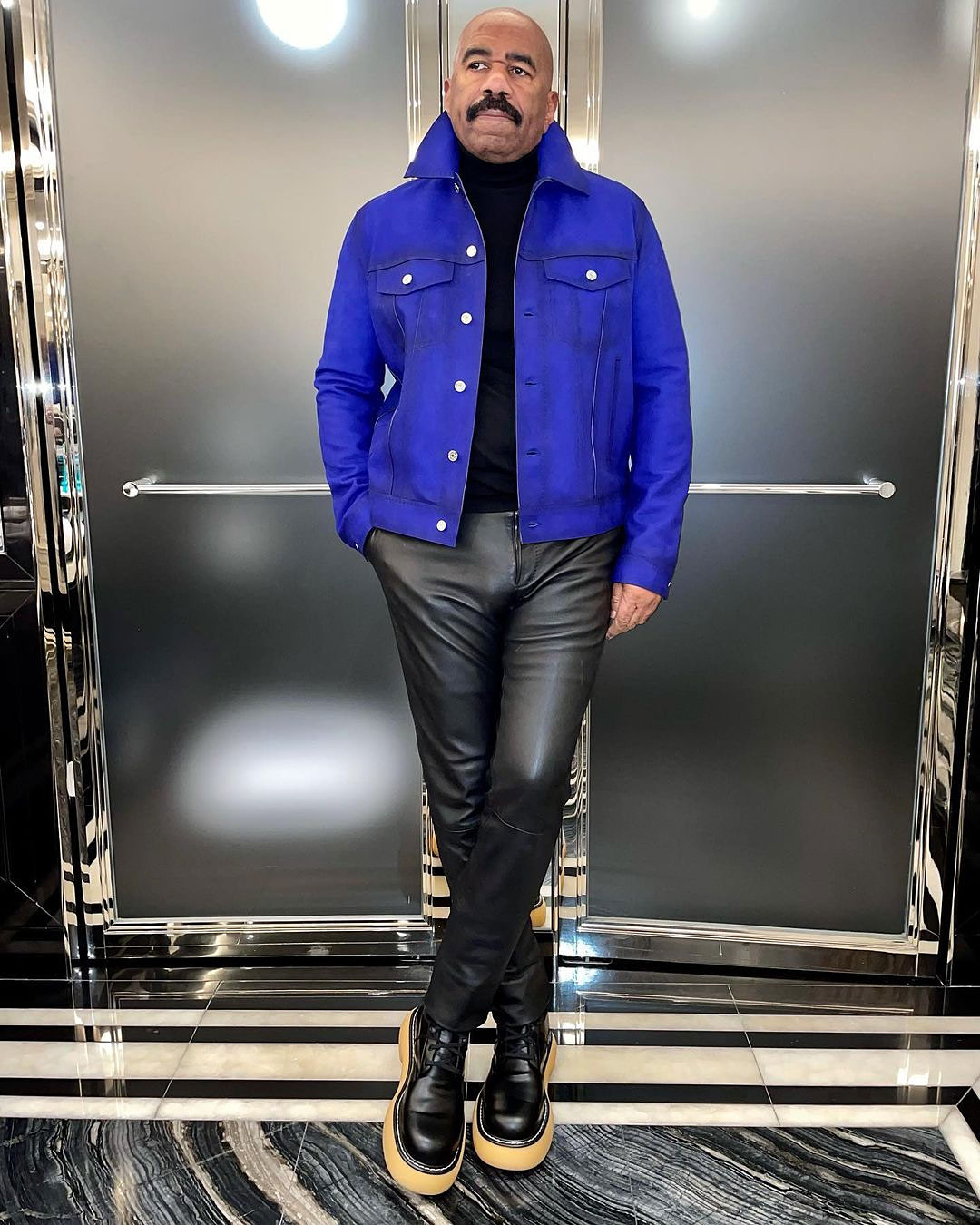 The looks caught the attention of fans from far and wide, with many taking to Twitter to share their approval and, of course, poke some fun. Many jumped on the opportunity to turn the comedian into a Justice League meme.

For example, one person photoshopped a picture of Harvey in a monochromatic green suit to make him look like the Joker. “Steve Harvey: its too late Batman I’ve already poisoned the water supply. Soon everyone will become thirsty and you know what come next hahahaha,” the person captioned the photo.

While Harvey’s style has been causing quite the buzz on social media in recent days, he’s spent his whole career dressed pretty dapper. Because whether he’s hosting Family Feud, doing standup comedy or making a guest appearance, the game show host is always in a suit and tie.

As for where he gets his affinity for fabulous clothes? His mom has a little something to do with it. “You know my mother told when I was little — she was a Sunday school teacher — we had to go to church all the time. We always had to dress up,” he said in an August 2019 episode of Rolling With Steve Harvey. “She said, ‘Son, every woman likes a well dressed man. They just do. I don’t care how you normally dress. But if you occasionally, for her, just put on a suit and tie, shave up, dress up and take her out, women love that.’”

He went to explain that when he started The Original Kings of Comedy in 2000, nobody wore a suit except for him. And D. L. Hughley made fun of him for it. “D. L. said, ‘Man why you wearing a suit all the time?’ I don’t know any other way to be dog,” Harvey responded. “People paying all this money to see us, might as well give ‘em something to look at.”