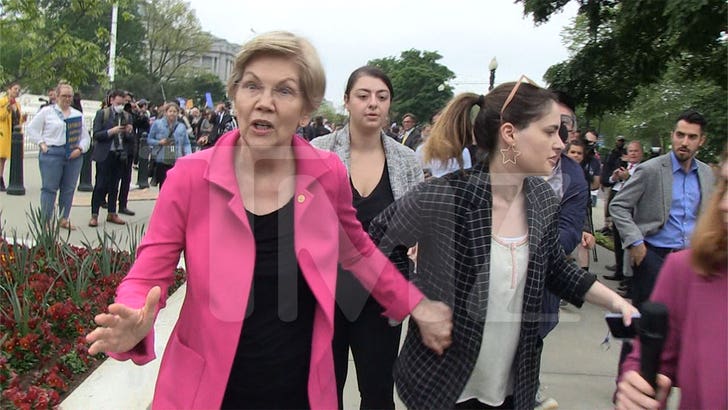 Sen. Elizabeth Warren is up in arms over the Supreme Court’s apparent vote to overturn the landmark Roe v. Wade decision in a draft opinion — she says an end to abortion is bad for all women — but particularly the most vulnerable.

We got SEW on Capitol Hill and asked her about SCOTUS striking down Roe, and what it means for women all over the country … including minorities.

Liz, who appeared to be enraged, predicts the court’s reversal would have dire consequences … telling us overturning Roe is going to fall hardest on the most vulnerable women in our nation.

As we reported …  Justice Samuel Alito wrote the majority opinion, signed by 4 other Republican-appointed justices, back in February … and if the majority ruling sticks, Roe would be repealed immediately and states could immediately ban abortion or impose severe restrictions.

You can hear the pain and emotion in Liz’s voice … and she is placing the blame squarely on Republicans … saying this is what the GOP has been working towards.