Kay, so as we all know, Kendall Jenner and Devin Booker reportedly broke up late last month. But for a couple that are no longer together, they’ve pretty much been hanging out non stop—prompting speculation that they’re back together, or maybe didn’t even actually break up in the first place? A TLDR order of events, ahem:

Entertainment Tonight reports that it’s over for Kendall and Devin, with one source saying that “Kendall feels like they’re on different paths,” and another noting that they “have had discussions about their future but they are not on the same page.” However, ET did note that the pair “could get back together.” 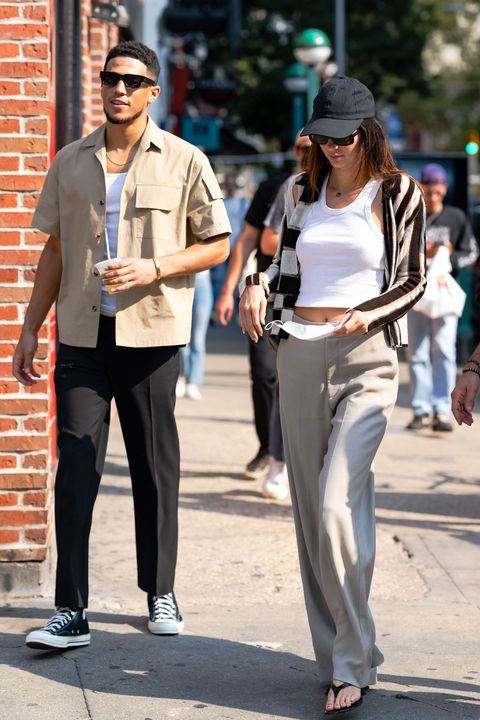 Page Six drops pics of Kendall and Devin looking flirty at Soho House in Malibu, and they’re definitely not giving off a vibe of “couple who literally just broke up.”

Most recently, Us Weekly reported that Kendall and Devin have been in the Hamptons together for the holiday weekend, and an insider said “there wasn’t any PDA, but they both looked to be in a great mood.”

Obviously, neither Kendall nor Devin commented on the initial reports of their split, and judging from these sightings it seems like they are still very much together? Then again, lots of people stay friends with their exes. Can’t personally relate! But it happens!

Don’t expect any confirmation one way or another from Kendall, who is notoriously private about her relationships. As she put it during the KUWTK reunion, “It was a personal preference from a really young age.…I think it makes my life a lot easier and our relationship a lot better, to be honest. I just feel like it’s a private matter and not for anybody else to judge or know.”