Tom Brady is proving, yet again, he’s great at everything … revealing on Tuesday during a batting practice session with Rob Gronkowski that he’s got a buttery smooth baseball swing!!

The 44-year-old hit up a diamond in what looked like South Florida with Gronk and his longtime trainer, Alex Guerrero, and took some sweet hacks from a left-handed stance.

Brady crushed two balls in the clip — and looked every bit like he belonged in the batter’s box.

“Got some cuts in this morning,” said the 7-time Super Bowl champ, who was actually drafted by the Montreal Expos way back in 1995. “Wonder if that Expos offer is still on the table…”

In the clip, TB12 said it had been “a long f***ing time” since he last swung a bat … but his deep fly balls to center and right field showed he’s still got magic in his hands. 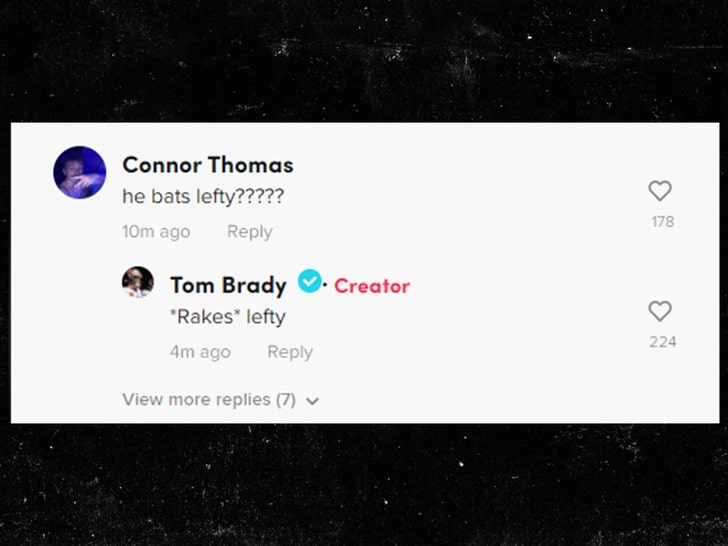 Brady — who’s a right-handed QB — seemed to be impressed with his work … joking with a fan on his TikTok page that he was “raking” with the bat.

As for Gronk, he was tasked with shagging Brady’s fly balls … getting in a good run-and-throw sesh in what could be a clue that the tight end is close to reuniting with Brady on a football field soon.