Feisty Scottish broadcaster Lorraine Kelly, 62, hit out with a furious tweet after learning about “thoughtless tossers” dumping waste and potentially damaging stunning landscapes. The environmentally-friendly chat show host exclaimed that they infuriated her.

“Thoughtless ‘tossers’ have been out in the @sdnpa again – illegally dumping domestic waste just off the A272 at Privett in Hampshire,” Good Morning Britain star Richard Gaisford raged.

Despite urging followers to do more to keep the country clean, some were skeptical about it happening.

“This drives me nuts,” Lorraine admitted, reposting the photos of the fly-tippers to her 704,600 followers. 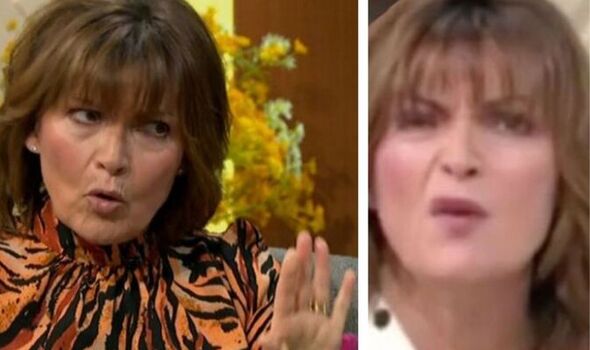 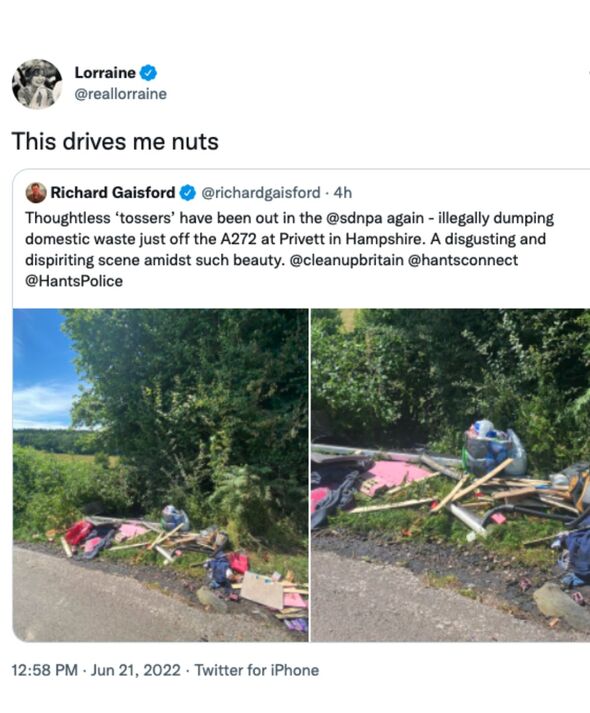 Yet one, @langlands_paul, quipped: “U want to try living in East London :)”

Lorraine considers herself a passionate environmentalist who cares about taking care of the great outdoors.

It seems her habits have been inspired in part by the words of the Queen.

Her Majesty recently got involved in a tree-planting initiative to mark her 70th anniversary on the throne – and Lorraine was following along with every word. 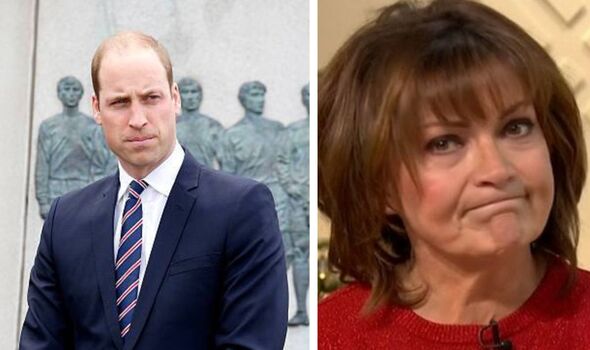 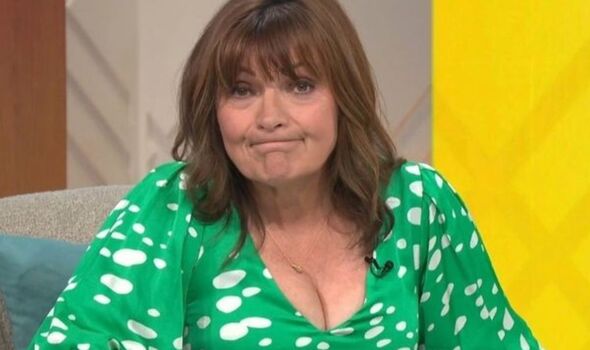 She revealed to HELLO! magazine at the time that she intended to “follow the advice of our very own Queen Bee and change how I do things” – and for Lorraine that included scattering “bee bombs”.

Declaring it “easy”, she explained: “You just scatter these little balls of seeds on cleared soil where you think the bees might be happy.

“You don’t have to dig a hole or water them or look after them. It’s just like magic,” Lorraine marvelled.

She promised readers that the action would result in colourful wildflowers springing up all over the ground – and that taking the initiative would help look after the great outdoors.

However, there are limits to the sacrifices Lorraine will make to support the environment.

The issue saw her clash dramatically with Prince William after he publicly admitted she didn’t share his views on climate change.

When the Prince spoke out to criticise 90-year-old Star Trek veteran William Shatner for his journey into space, she hit back that she didn’t agree “at all”.

The royal said he would rather focus on the climate change crisis than finance expensive journeys to space.

Lorraine, on the other hand, felt excitement when she saw footage of Shatner’s journey, declaring she’d like to be launched into space herself.

The ITV daytime host told physicist and space scientist Maggie Aderin-Pocock: “Prince William has had a bit of a go and I don’t agree with him at all because I think space travel has given us so much knowledge.

“It’s enhanced our lives, the things that we have learned about climate change, about communications, all of these things.

“And going into space is more about what we can do for the Earth, actually, I think people forget that sometimes. So I wouldn’t agree with him at all.”

She added of Shatner’s space launch: “I watched it live with a mix of excitement and terror. I want to do it. Let’s the two of us do it Maggie. This has captured the imagination of the whole world!”