Ulrika Jonnson, 55, has fumed Britain is “building a nation of spoiled brats” as she compared the attitudes of other kids to Prince George, nine, and Princess Charlotte, seven, at Queen Elizabeth II’s state funeral. The TV personality praised their “impeccable” behaviour and “outstanding performances” at the sad event.

Ulrika has urged the country to “learn from George and Charlotte” due to their incredible manners, while the world was watching on Monday.

Talking about the royal children, she said: “You could say there were adults in the congregation who displayed less upright conduct and demeanour than these two young, impressive creatures.

“I won’t be the only parent who was astounded by their ability to melt into the crowd of mourners at the Queen’s funeral, without attracting the wrong kind of attention.

“Taking into account their ages, it is not beyond the realms of possibility that there would be fidgeting and eye rolls; chatting and attention-seeking”, Ulrika wrote in her The Sun column. 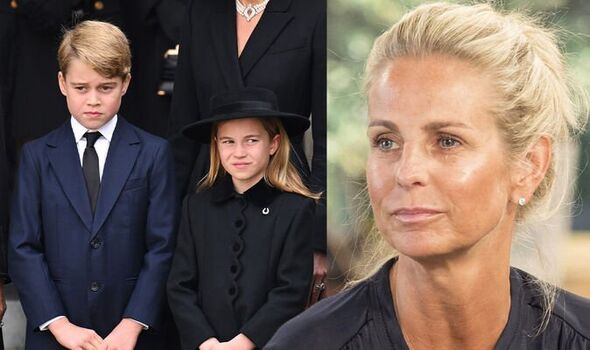 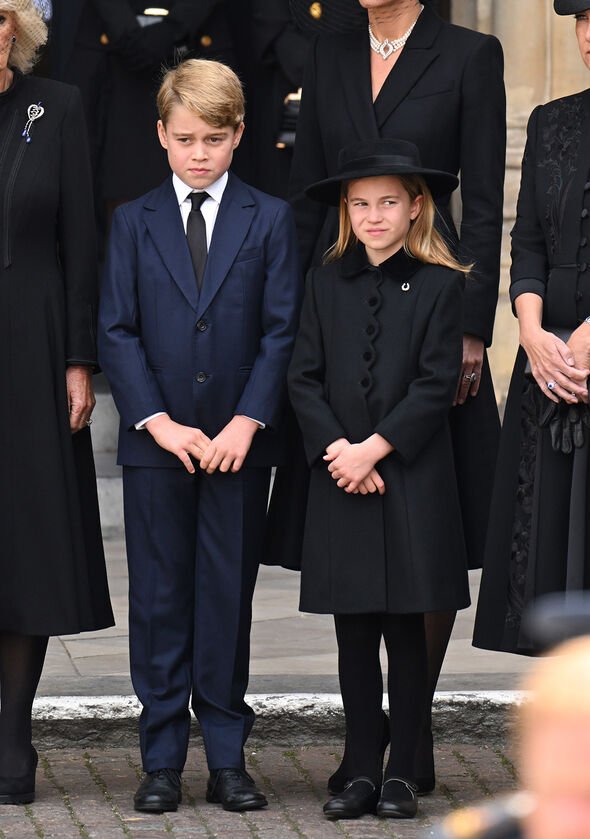 Ulrika then went off on a tangent on her “intense dislike” for the young children of today who are mainly “over-stimulated” and require “constant” attention.

She continued: “It’s breeding a nation of spoiled brats whose every whim has to be catered for.

“Kids are no longer expected to just be bored or to entertain themselves.”

George and Charlotte were the youngest mourners following the Queen’s coffin through a nave packed with world leaders in an expression of continuity for the British monarchy. 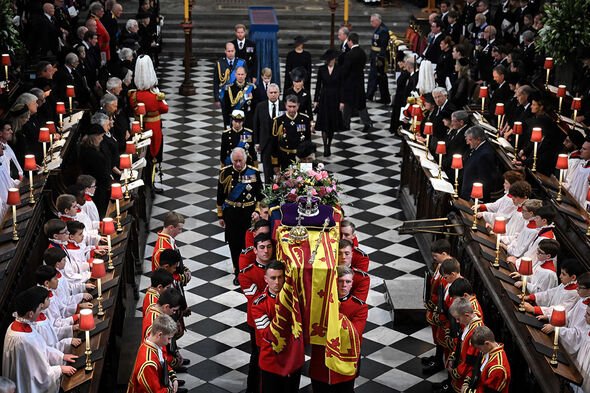 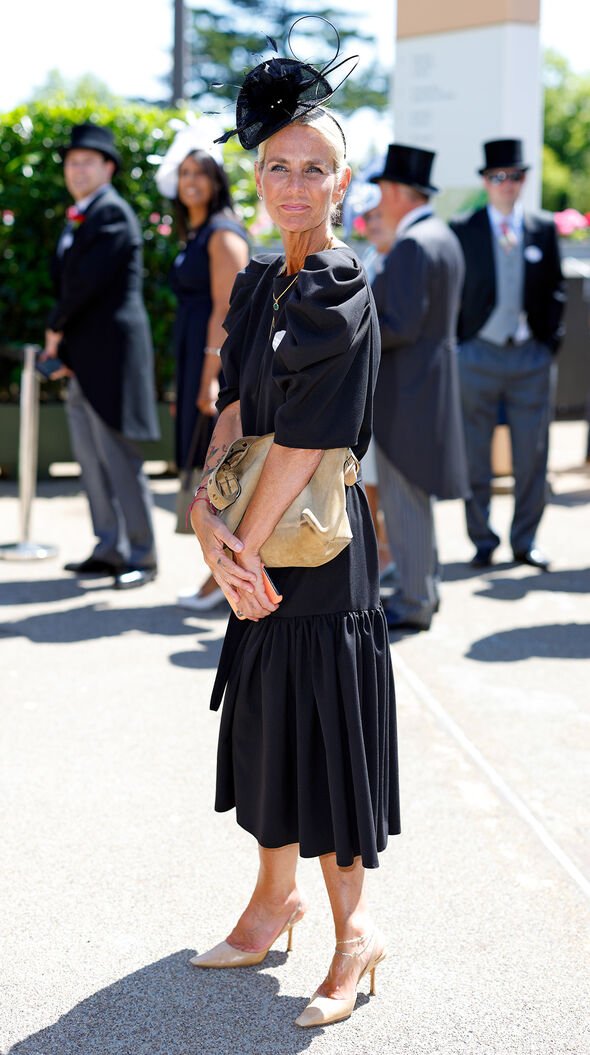 Goerge, who is now second in line to the throne, wore a dark blue suit as he walked alongside his father, the Prince of Wales.

Charlotte meanwhile looked lovely in a black dress, which was paired with a wide-brimmed hat, alongside her mother Kate, the Princess of Wales.

Charlotte’s presence at Westminster Abbey was a reminder of how the Queen’s reign ended hundreds of years of male primogeniture in the British monarchy.

From 2013, a younger son could no longer displace an elder daughter in the line of succession, meaning that Charlotte is third in line to the throne and her younger brother, Louis, four, who was not at the funeral, is fourth.

On Monday, they joined the core royal party, behind King Charles III and Queen Consort Camilla as the Queen’s body was borne into the abbey.

That change is in part a consequence of the Queen’s 70-year reign and long life but also as part of the current monarchy’s desire to project stability to the UK and Commonwealth.

On Sunday, it was reported that George and Charlotte’s presence was suggested by “senior palace advisers”, with an unnamed official saying George’s presence would be desirable “if only to reassure the nation of the order of succession”.

At the end of the state funeral, the children stood immaculately as the congregation sang God Save the King.

George held his arms by his sides and Charlotte clasped her hands in front of her.

They travelled from Westminster to Windsor by car as part of the procession with the Queen’s hearse.

Travelling with them were Camilla, their step-grandmother, and the Princess of Wales, their mother, ahead of the service of committal at St George’s Chapel at Windsor Castle.