The Duke and Duchess of Sussex have travelled in London for the Queen’s Platinum Jubilee and were spotted out on Thursday at Trooping the Colour, and again at the Service of Thanksgiving on Friday.

RELATED: Jubilee Party at the Palace LIVE – ALL the best photos so far

However, on Saturday the couple were absent from the festivities, including the Platinum Jubilee concert at Buckingham Palace.

The pair were also not seen at Sunday’s pageant, which was attended by many members of the royal family, including Prince Charles, the Duke and Duchess of Cambridge and their three children Prince George, Princess Charlotte and Prince Louis.

The pair may be seen before the end of the four-day celebrations though, with many royal fans anticipating another appearance from them before they fly back to the United States.

MORE: Zara Tindall reveals how the Queen spent the Epsom Derby after she missed event

MORE: Meghan Markle’s hairdresser reveals what Archie and Lilibet are really like

While they have been in the UK, Harry and Meghan had double the reason to celebrate as they marked their daughter Lilibet’s first birthday on Saturday. 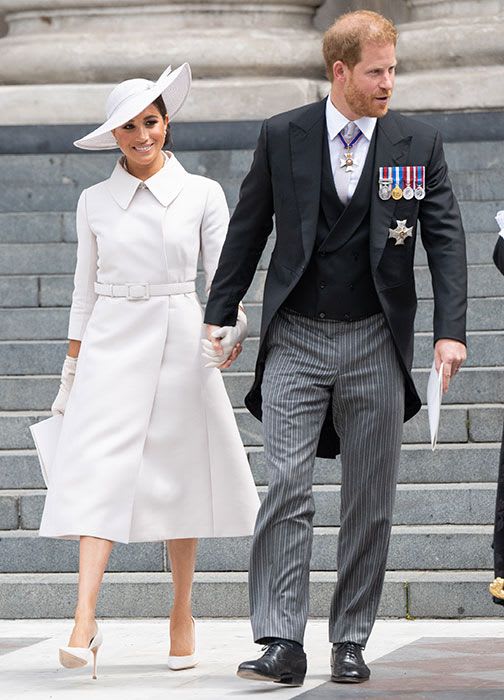 The royal family all marked Lilibet’s birthday on social media with public messages. Grandparents Prince Charles and Duchess Camilla wrote: “Wishing Lilibet a very happy 1st birthday today!” with a birthday cake emoji. Uncle and Aunt, the Duke and Duchess of Cambridge also wrote a heartfelt message to their niece and penned: “Wishing a very happy birthday to Lilibet, turning one today!” alongside a balloon emoji.

It is thought that Harry and Meghan spent their daughter’s birthday privately as a family.

The lowkey celebrations come after Lili was introduced to the Queen for the first time.

Despite being named in honour of her great-grandmother, the young royal, who was welcomed last year at Santa Barbara Cottage Hospital in California, has not had many opportunities to meet her extended family, given the fact that she was born during the COVID-19 pandemic and the Sussexes now live in America. 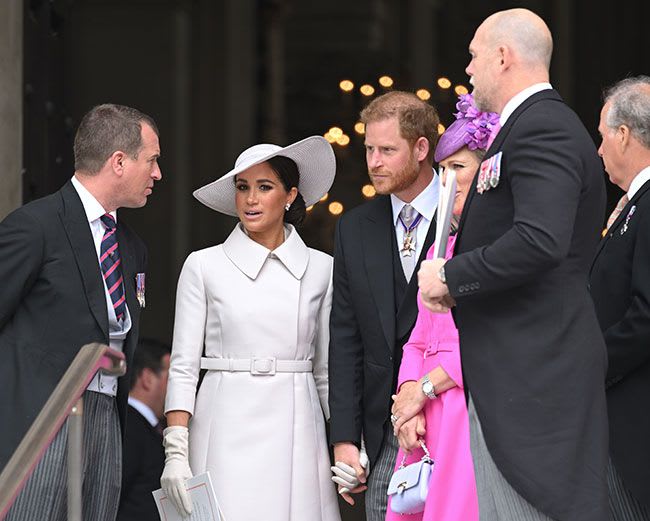 Harry and Meghan chatting with Zara and Mike Tindall

Speaking about the happy first meeting, HELLO! ‘s Royal Editor, Emily Nash said: “This will be a highlight of the jubilee celebrations for the Queen – her great-grandchildren mean the world to her and like any great grandmother who hasn’t been able to meet the youngest member of the family yet, the moment when it finally happens will be full of joy.”

STORY: Princess Charlotte looks so grown up at Party at the Palace

While Lili and older brother Archie, three, have not been seen in public during their trip to the UK yet, it is believed that the family are staying at Frogmore Cottage, the Sussexes’ UK residence.