Although Jada Pinkett-Smith confessed to having an ‘entanglement’ with 29-year-old August Alsina, Will Smith claims he and his wife have ‘never surprised one another’ with instances of infidelity.

Will Smith, 53, is clearing the air: there’s “never” been any infidelity in his marriage to Jada Pinkett-Smith, 50. Despite Jada’s big reveal during her Red Table Talk show that she and Will split for a short time in 2016 and she had an “entanglement” with 29-year-old singer August Alsina, Will backpedaled on categorizing that as adultery.

“There’s never been infidelity in our marriage. Never,” Will stated during a March 13 CBS Morning interview. “Jada and I talk about everything and we have never surprised one another with anything ever.”

He continued, “I have decided that chatter about my life can be of benefit to people. I think that chatter is the first stage to having a real conversation and being able to truly explore if some of the things in your heart are loving or poisonous.”

Will also discussed the ins and outs of the issue during a Sept. 2021 interview with GQ, noting that “the public has a narrative that is impenetrable.” He added, “Once the public decides something, it’s difficult to impossible to dislodge the pictures and ideas and perceptions.”

In addition to Jada’s “entanglement” with August, GQ noted that “a viewer could have walked away thinking that Jada was the only one engaging in other sexual relationships when that was not.” 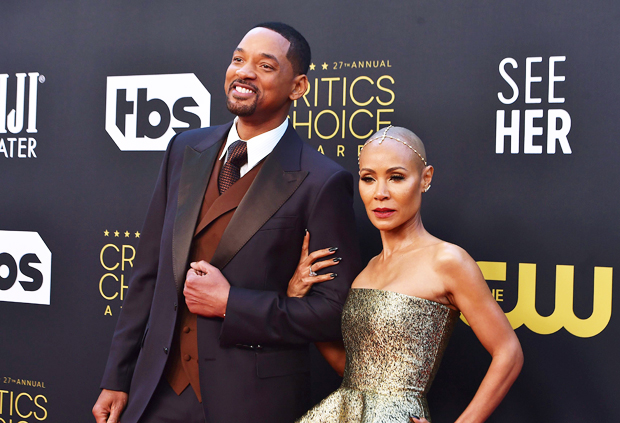 The King Richard actor shared that while Jada “never believed in conventional marriage,” he also seemingly got “entangled” after they worked out a way for them to both be happy in the relationship. “Jada had family members that had an unconventional relationship,” Smith told GQ. “So she grew up in a way that was very different than how I grew up. There were significant endless discussions about, what is relational perfection? What is the perfect way to interact as a couple? And for the large part of our relationship, monogamy was what we chose, not thinking of monogamy as the only relational perfection.”