Rihanna is officially a national hero.

On Monday, the multi-hyphenate received the honor from her native Barbados as the island celebrated its transition into a republican nation.

The announcement was made during last night’s presidential inauguration, in which Governor-General Sandra Mason was sworn in as the country’s first elected president.

Per CNN, Barbadian Prime Minister Mia Mottley said, “On behalf of a grateful nation, but an even prouder people, we therefore present to you the designee for national hero of Barbados, Ambassador Robyn Rihanna Fenty. May you continue to shine like a diamond and bring honor to your nation by your works, by your actions and to do credit wherever you shall go.”

Rihanna, who was previously appointed as a Barbados ambassador in 2018, wore an orange silk halter-top gown by Bottega Veneta to the historic ceremony. 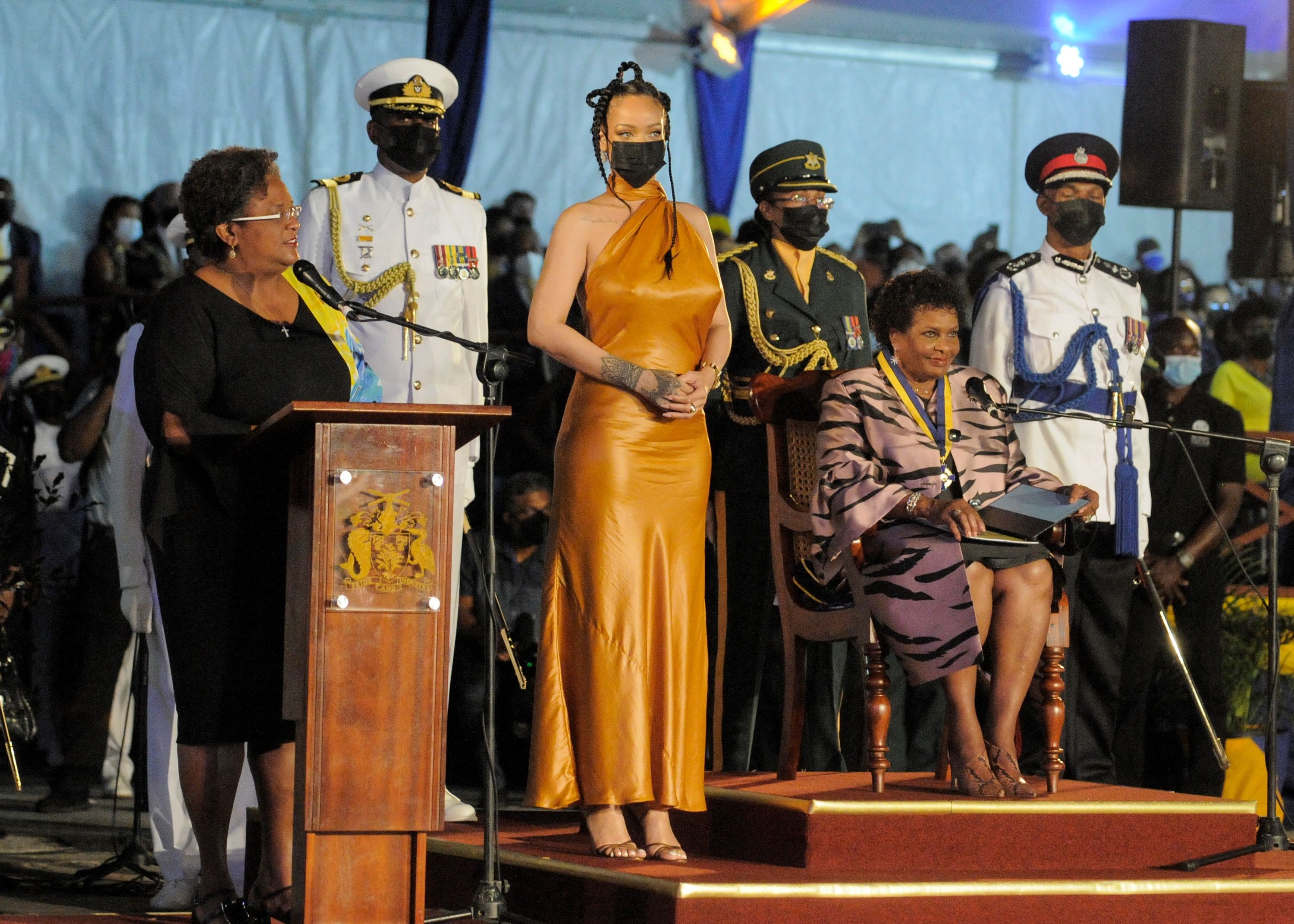 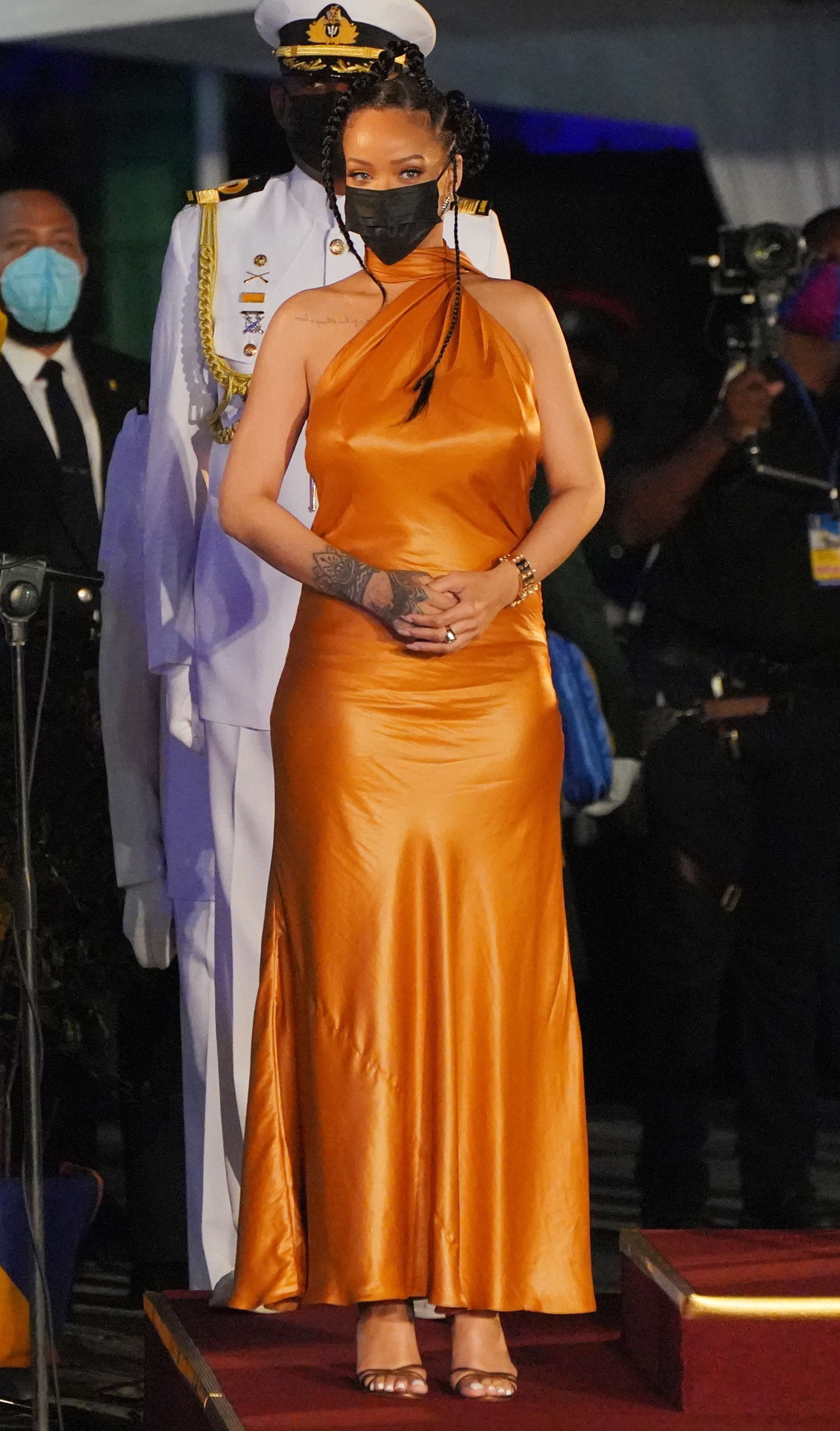 Prince Charles was also in attendance, representing Queen Elizabeth II as she is removed as Barbados’s head of state. Barbados will remain a member of the British Commonwealth.

“The time has come to fully leave our colonial past behind,” now President Mason said last year while announcing the country’s intention to become a republic. “This is the ultimate statement of confidence in who we are and what we are capable of achieving.”

At the inauguration, the Prince of Wales applauded the nation for its resilience. “The creation of this republic offers a new beginning, but it also marks a point on a continuum,” he said, according to TODAY. “A milestone on the long road you have not only traveled, but which you have built from the darkest days of our past and the appalling atrocity of slavery which forever stains our history.”