Daniel Grieder has not only begun a new chapter as chief executive officer of Hugo Boss after more than two decades at Tommy Hilfiger; he’s also starting a new personal chapter. Grieder has proposed to his girlfriend, Louise Camuto.

Camuto posted a video on Instagram on Wednesday of Grieder, wearing a Boss Athletic sweatshirt, proposing to her in Murren, Switzerland. “Honey,” he screamed out over the glaciers.  “Do you want to become my wife?” To which, Camuto called out, “Yes!”

She added the comment, “Shouting it to the world!! We are engaged!!

Grieder himself posted on Camuto’s feed, “”And honey pie said YESSSS….I am the most happiest [SIC] man on Earth. I am going to enjoy every single moment together with you.”

The couple were introduced by Tommy and Dee Hilfiger in Oct. 16, 2019.

“Dee and I thought that they should meet, and Dee said ‘why don’t we introduce them,’ and I said it was a great idea,” said Hilfiger Thursday. “We took them to the Polo Bar for dinner and after a half hour into the meal, Dee and I decided we should get up and leave them together. We could tell they were very happy to meet each other.

“They’re a great couple together,” he added.

Grieder said Thursday that he rented a helicopter and went up the glaciers. “And that’s where I asked. She was completely surprised.” He said he was planning to show her the mountains, “and she was absolutely not prepared for that.” Asked if he had the ring with him, he said, “Absolutely.”

Grieder confirmed that he met Camuto on a blind date at the Polo Bar arranged by the Hilfigers. He said he and Camuto will be dividing their time between his home in Zurich, Switzerland and the U.S. He said they plan to get married sometime next year.

Camuto, a former Swedish model and businesswoman who was Miss Sweden in 1989, is the widow of Vince Camuto, the shoe mogul who died of prostate cancer in 2015 at the age of 78. Louise Camuto had been creative director of the Vince Camuto line and designer for Louise et Cie.

In another Instagram post, Camuto wrote, “I am engaged! To the most wonderful man, to my best friend and big love, Daniel. He pulled a Swiss surprise and asked to marry him in his hometown this weekend. A true romantic. I am so thankful to have found him and to be making this journey ahead together!” 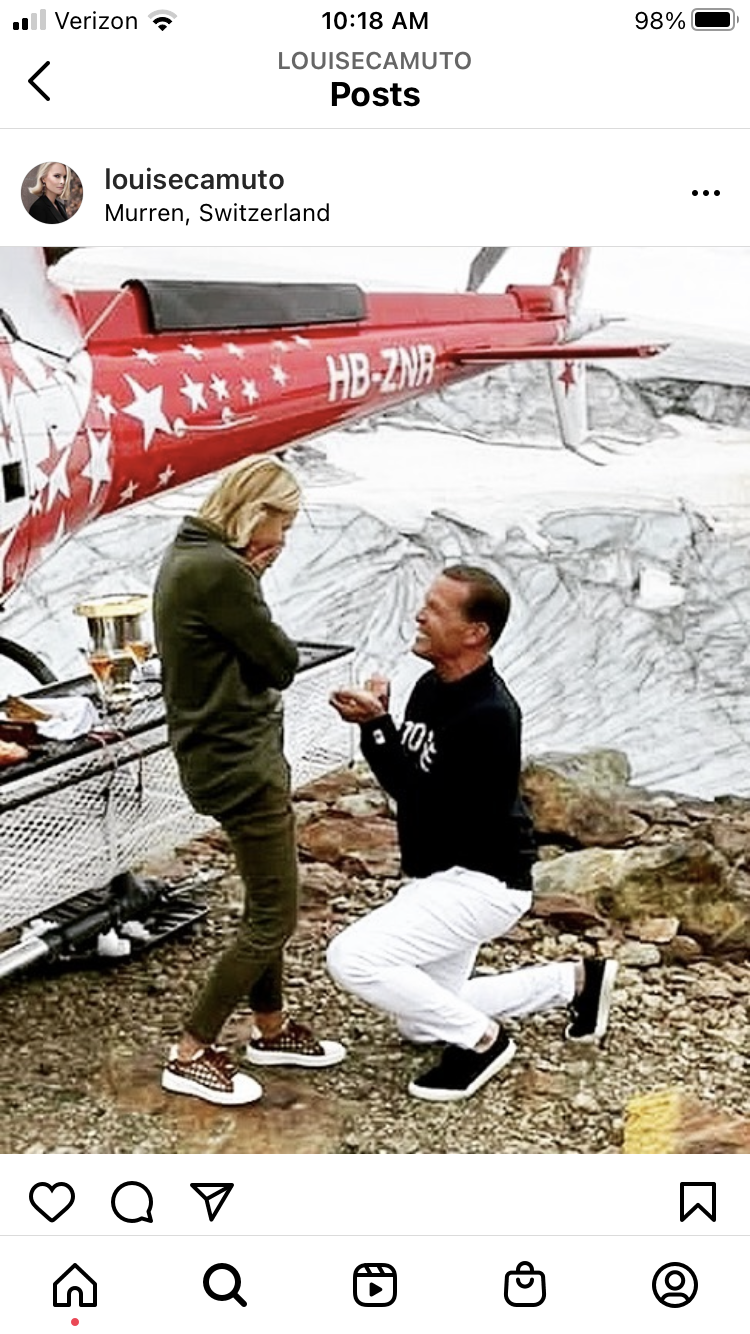 As reported Thursday, Grieder unveiled an ambitious five-year strategy for Hugo Boss, named “Claim 5,” and looks for the brand to make a comeback and become more relevant to today’s consumer.

In June, 2020, Grieder stepped down as CEO of Tommy Hilfiger Global and PVH Europe after 23 years with the group and was succeeded by Martijn Hagman.