A WOMAN has revealed how she almost died from a tooth infection after her dental practice cancelled her emergency appointment.

Tori uploaded the video to her TikTok account, torireign, where it has been viewed over 200,000 times. 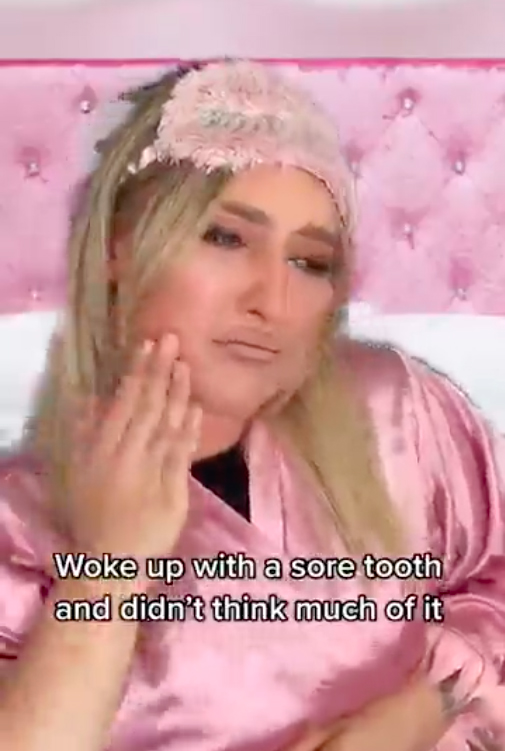 In the video, Tori explains what led to her being hospitalised.

She started the video writing: "A short story about how my tooth almost killed me."

Tori explains that she woke up one morning with a sore tooth but didn't think too much of it.

Throughout the day her face began to swell and her tooth became really painful.

Tori claims at this point she called her dentist to try and get an emergency appointment.

The receptionist told Tori that there were no more appointments available that day but would schedule her in the following day.

Overnight, Tori's face swelled so much it became the size of a football.

Tori still goes to the dentist as planned, but claims the nurse told her they had cancelled the appointment and forgot to tell Tori.

Again, the dentist told Tori she would be booked in the next day.

At this point Tori said it was getting difficult to breathe properly and called the hospital to tell them about her symptoms.

The nurse immediately told Tori to go straight to A&E.

When Tori got to the hospital she found out she would have to be hospitalised because the infection in her tooth has spread into her blood stream.

Tori said the doctors told her she would need surgery but couldn't perform it until the swelling had gone down as there would be a risk of nerve damage and Tori could be left with a permanently droopy face.

A week later, Tori finally had the surgery she needed and is now doing a lot better.

People couldn't believe her dentist had turned her away considering the severity of her symptoms.

One user commented: "I work in a dental office and this is not ok! I would have gotten you in that day."

Another user responded: "Oh my god, I had exactly the same as this last year one week before Christmas… I had an emergency surgery to take my tooth out."

A third user replied: "How could they at least not give you antibiotics? Standard protocol." 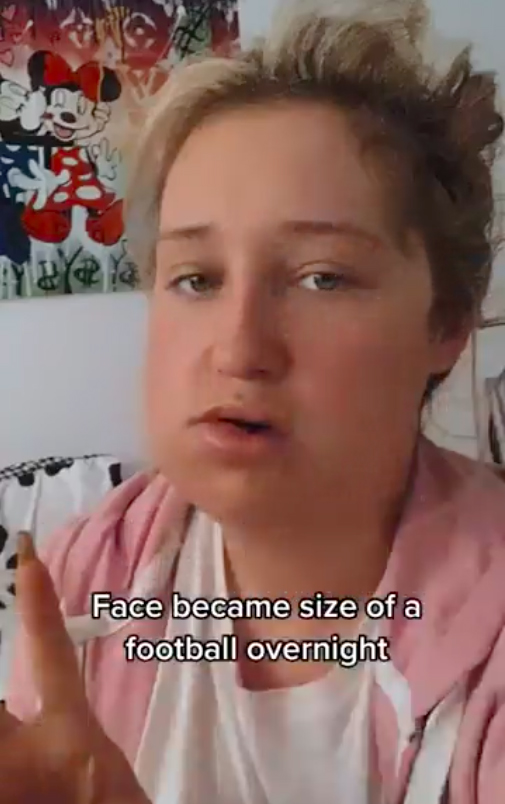 Plus the woman who was left humiliated after being told by airline crew to cover up because of her 'inappropriate' outfit.

And the woman who was chuffed about selling her iPhone on Facebook for £230, then realised they paid her with fake notes, warns of her mistake.

Meanwhile I found out my best friend cheated with my boyfriend, I did the same back to her and two years later we are married.