A MUM has revealed how she hid her bump throughout her entire pregnancy, and no one had any idea she was expecting.

Mum-of-two Josie Lynn Lloyd welcomed her second baby in October last year, but she kept her pregnancy secret from almost everyone she knew. 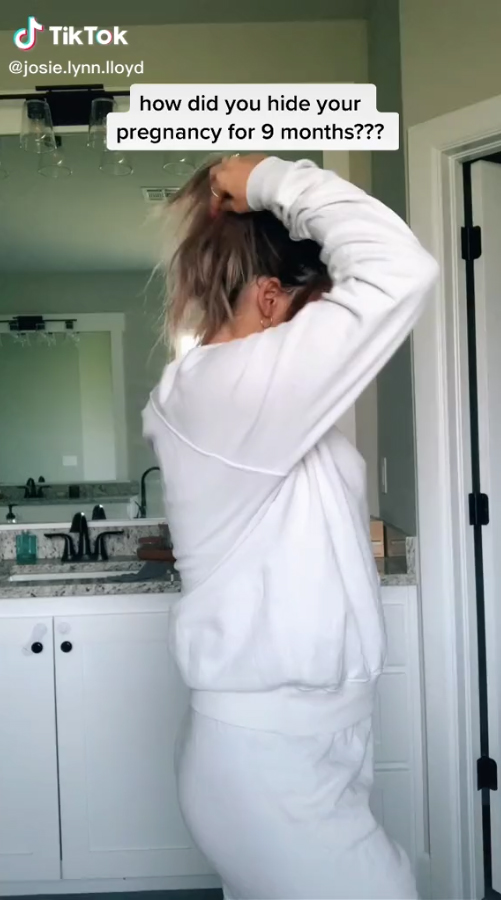 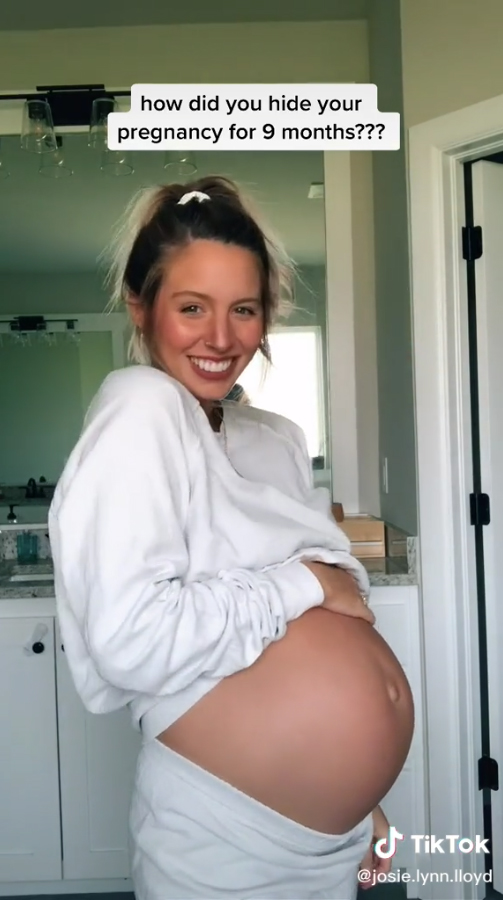 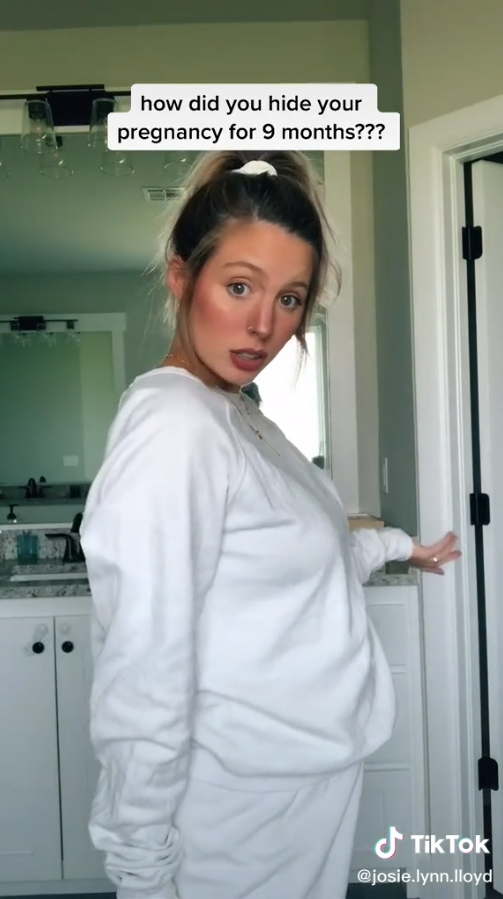 As you might expect, this was no easy feat when you have a rather cumbersome baby bump – so Josie revealed exactly how she covered it up in a TikTok video.

At the beginning of the clip, Josie, who is dressed in oversize white jogging bottoms and a sweatshirt, shows off her stomach that appears to be completely flat.

But as she turns to the side she lifts her top up and slides her bottoms down before breathing out to reveal her huge stomach.

Thanks to her clever layering of her clothing, her TikTok followers, friends and even family were fooled into thinking there was nothing out of the ordinary.

The video has since received over 13 million views, with viewers left baffled by her skills, though many questioned why she was keeping it a secret.

Speaking in a follow-up video, Josie explained: “It’s 2020 why not? Also we wanted to keep it to ourselves have our own special thing and do it a little bit differently

“With the pandemic and everything that happened this year it felt weird around the time we would normally announce.

“I’m so glad that we did, it was really fun and we would do it again. Also we just moved away from our home town last year so I wasn’t really seeing anyone in person with the pandemic so it wasn’t like I had to suck it in in person I just did that for pictures and stuff.

“Everyone that knew was just our closest friends and family who we talk to all the time.”