NOVAK DJOKOVIC is set to be BANNED from the Australian Open with unvaccinated players unlikely to be allowed into the country.

The world No1 and defending champion, 34, refuses to get the coronavirus jab. 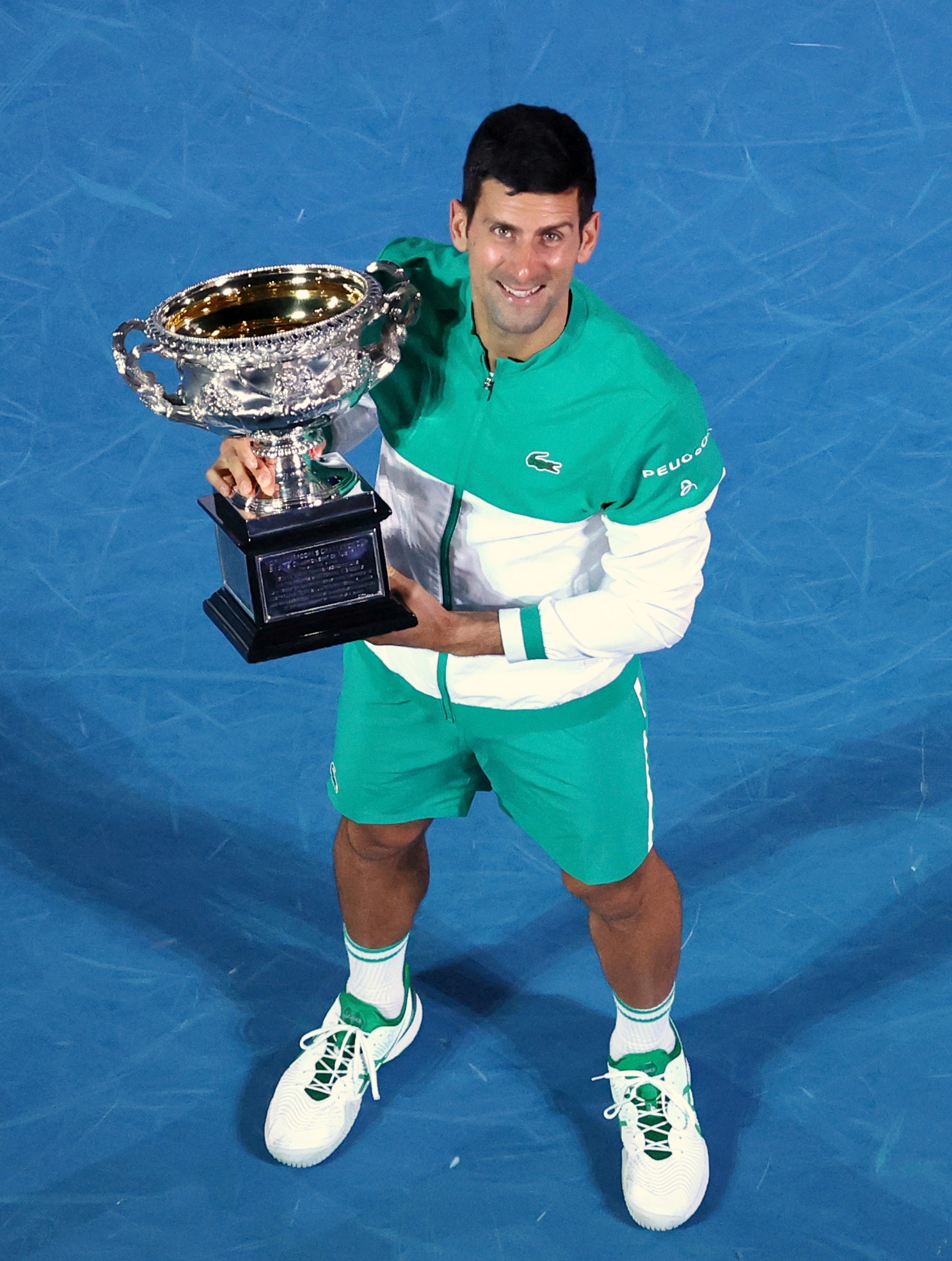 And if he has not had a double dose by the New Year, he may well have to skip the trip to Melbourne where he would be going for a record-breaking 21st Grand Slam.

Australia is preparing to re-open its international borders for the first time in more than 18 months, but it'll be a gradual, state-by-state process starting next month and will depend on vaccination rates across the country.

Fully vaccinated people will have fewer restrictions in Australia than those who are not.

On Tuesday, he upped the pressure on tennis players travelling from abroad for January's tournament.

Andrews said: "I don't think any unvaccinated tennis player is going to get a visa to come into this country.

"If they did get a visa, they'd probably have to quarantine for a couple of weeks when no other players will have to.

"I don't think that the person you indicated (Djokovic) or any other tennis player, let's not personalise it, or golfer or Formula One driver will even get a visa to get here.

"(The virus) doesn't care what your tennis ranking is, or how many Grand Slams you've won.

"It's completely irrelevant. You need to be vaccinated to keep yourself safe and to keep others safe."

But nine-time winner Djokovic again declined to disclose his vaccination status this week.

Speaking to Blic in his homeland, the Serb said: "Things being as they are, I still don't know if I will go to Melbourne.

"I will not reveal my status whether I have been vaccinated or not, it is a private matter and an inappropriate inquiry.

"People go too far these days in taking the liberty to ask questions and judge a person.

"Whatever you say, 'Yes, no, maybe, I am thinking about it', they will take advantage."

Djokovic was at the centre of a Covid storm early on during the pandemic when he hosted the infamous Adria Tour, complete with nightclub parties, with no social distancing as many players and participants contracted the virus – including himself.

The ace won three of the four Majors in 2021 to tie level with Federer and Nadal before defeat to Daniil Medvedev in the US Open final last month.

He beat Stefanos Tsitsipas in the French Open – and the Greek is another high-profile tennis player opposed to being jabbed.

No3-ranked Tsitsipas revealed he has concerns about the vaccination and would only get it if it became mandatory on the ATP Tour.

Andy Murray, however, believes a vaccine should be mandated for the good of the majority.