A GLOBETROTTING couple have shared the heartwarming moment they got engaged in the Scottish capital – in full view of Edinburgh Castle.

Chelsea Lopes and long-term partner Tom Booth have country-hopped since 2016 when they first met in Australia all the way to settling in England in 2021. 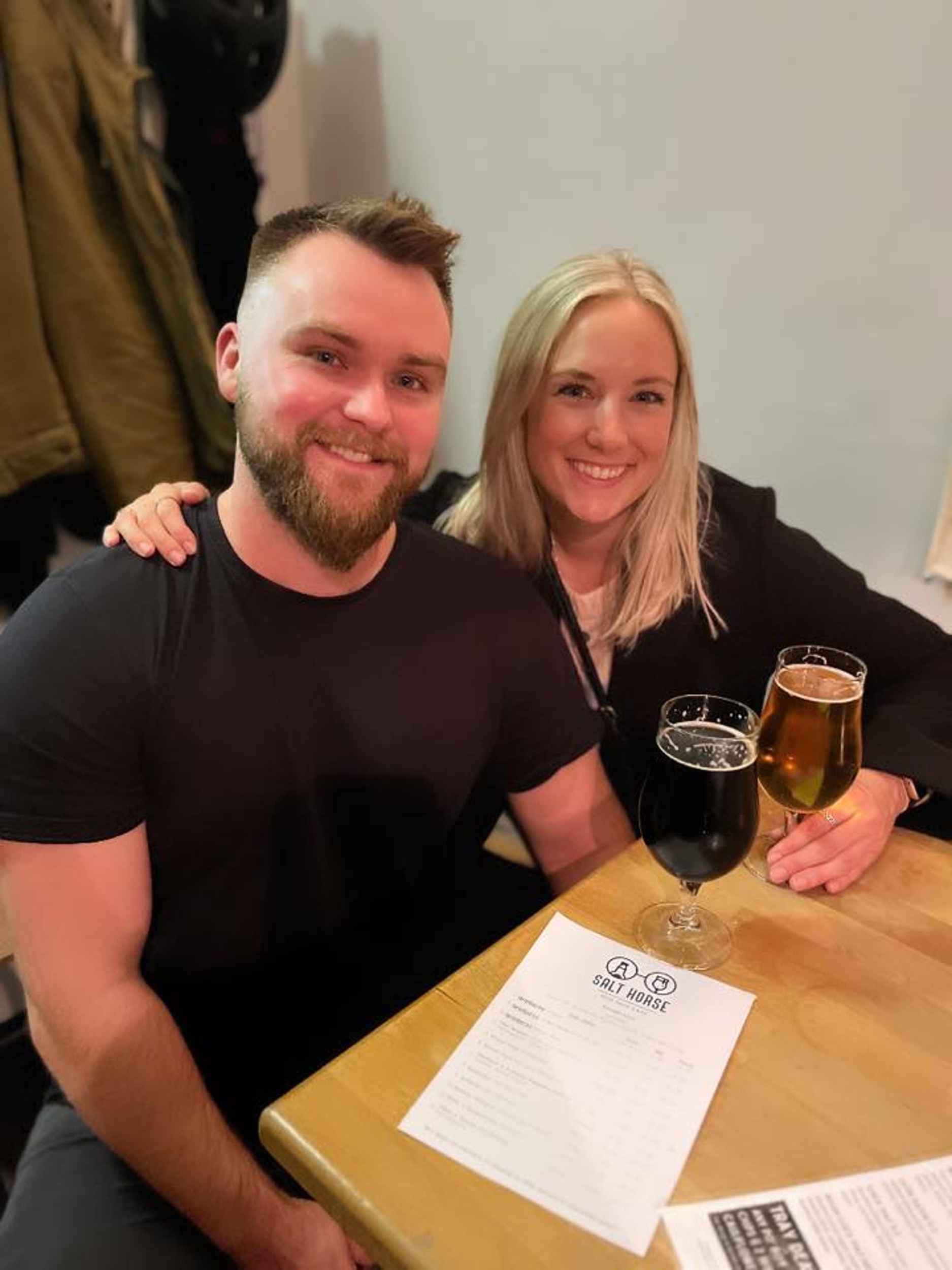 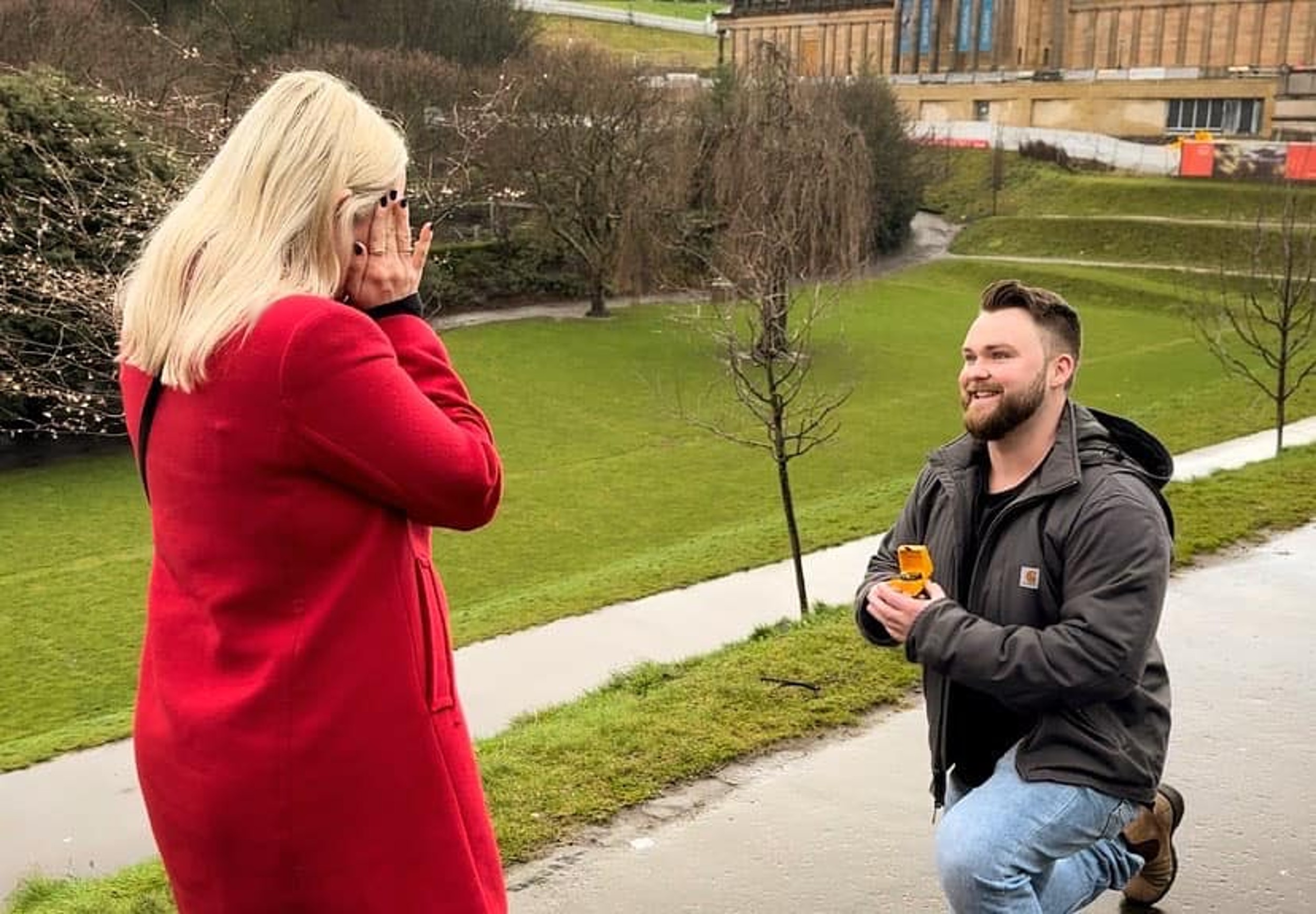 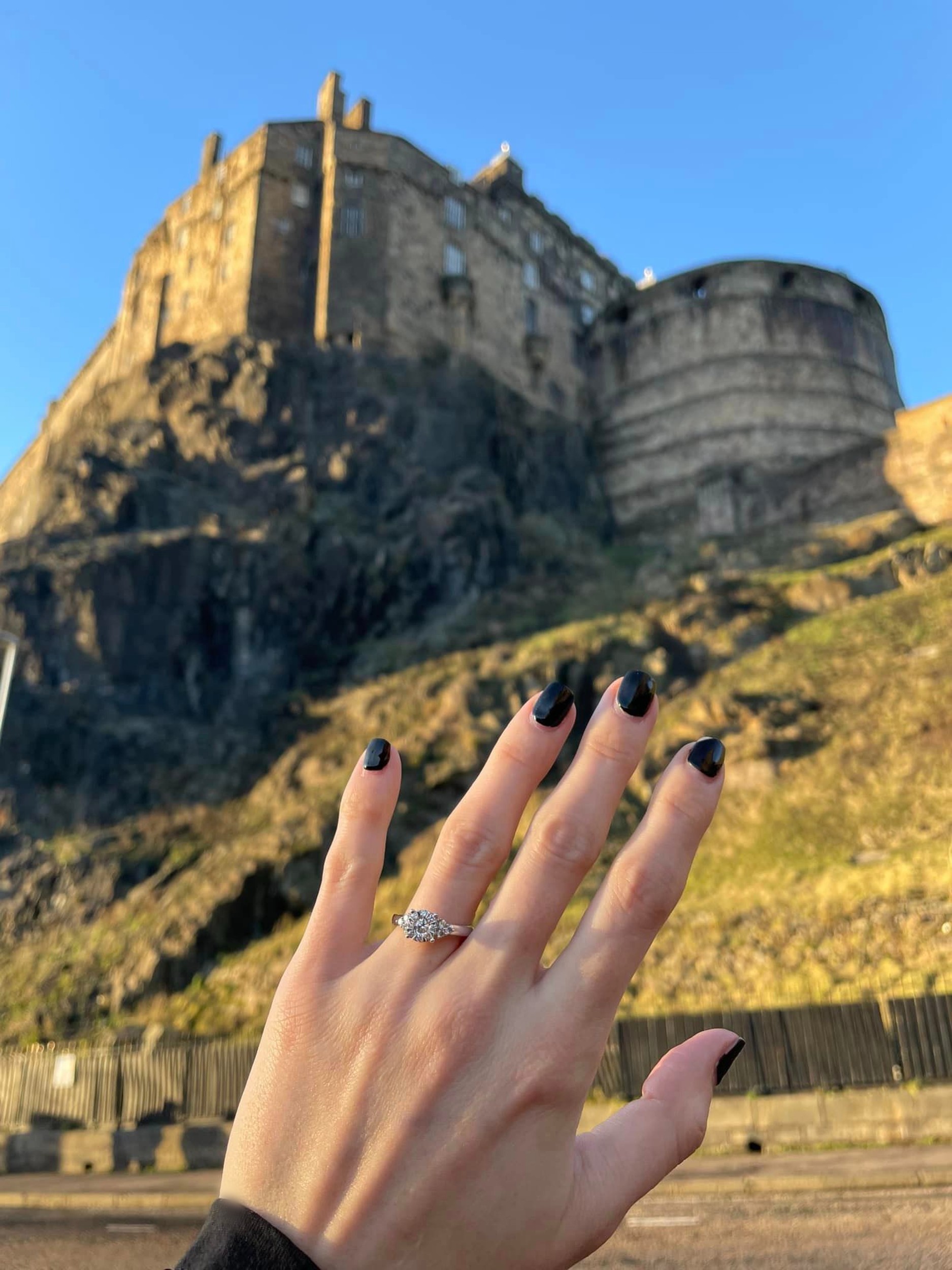 Despite touring New Zealand, Canada and a host of Indonesian islands, Tom, 31, chose Scotland as the ideal place to pop the question to his 32-year-old girlfriend.

The pair were visiting Edinburgh earlier this month when chef Tom got down on one knee in Princes Street Gardens, right in front of the iconic backdrop of the castle.

Civil servant Chelsea first met her English-born fiance in Melbourne, Australia, in 2016 as they were both based there for a year on a working visa.

Shortly after, the pair fell in love and began island hopping from Bali to the Gili Islands, Indonesia, before electing to move to Chelsea's homeland in British Columbia, Canada in 2017.

This was only after the couple explored New Zealand while Tom waited for his residency card.

Despite the move to Canada, the couple’s heart was fixated on the UK and in 2021, the pair moved to Eccleston, Lancashire.

Then, last month, the pair joined family in Edinburgh, where Tom would ask the biggest question of his life – whilst framing it as just another photo of the two.

Footage shows the group posing for a big family photo whilst the cameraman can be heard saying “The sun’s coming out as well. To me, big smiles – here we are, we’re in Edinburgh – fantastic.”

Tom then asks for a photo of just him and Chelsea, with the cameraman playing along with the ruse.

He can be heard saying: “Let’s take a picture of you two as well.”

Tom then pulls out a box as he crouches down on one knee and pops the question.

He says: “We’ve had the most memorable six and a half years together and I’d like to spend the rest of my life doing exactly the same thing. So, will you marry me?”

Chelsea weeps with joy as she whispers “Duh, yeah.”

The pair can then be seen embracing as the camera pans circularly round the two and the group cheers, as Tom slides the ring onto Chelsea’s finger and embrace again before the entire group hugs.

Tom jokes: “I can get a decent sleep now.”

Speaking today, Chelsea said: “Since we moved here, we have done lots of trips to Scotland, a couple trips to Italy, and many local trips around England. We also did a trip to Mallorca in May.

“We’ve been very lucky and never take for granted how lucky we are to see as much as we have seen and done.

"2022 was a good year of travel, with our trip to Mallorca, my sister coming here in June 2022 and we spent a month exploring the UK together.

“We also spent a week in Mousehole, Cornwall with Tom’s dad and stepmom – we had done this the year before and loved it, which is why we simply had to go back. We also managed a trip to Venice, too.

“All of these trips included many trips to Scotland, as we love Edinburgh so, so much.

"My parents arrived with my other sister on Dec 27th, 2022, and we started yet another massive trip around the UK, and well, we all know that that one ended up passing through Edinburgh, and how that ended.

"Tom's aunt and uncle on his stepdad's side got engaged at the top of Arthur’s seat. So, there is a massive family history of loving Edinburgh.

“I love the history, as Canada doesn’t have as much ancient history like Scotland does, all the historic battles and fights for freedom and the castle is just incredible to North Americans like me.

"This year, so far, we are planning to move back to Canada in April or May, as my UK visa is expiring and it is our plan to live long-term in Canada.

“It would be my personal dream to get married in a castle in Scotland but the whereabouts of the wedding are still undecided, however we think it’ll be a summer 2025 wedding.

"After we move back to Canada, we will be laying low, working on our careers, trying to buy a house.

“We are both mostly “too old” to get a working holiday visa anywhere else, so it’s time to settle down (to an extent).

"No big travel plans for this year, but something will happen once we have jobs sorted out in Canada.

“Tom would love to get married in Canada, which wouldn’t be so bad – a beautiful rustic wedding in the mountains does sound lovely.”