A FASHION fan has shared a thorough review of some Skims shapewear – and while she seemed to have high hopes for it, it failed to impress.

Taking to social media, lifestyle content creator Gill did a try-on for viewers. 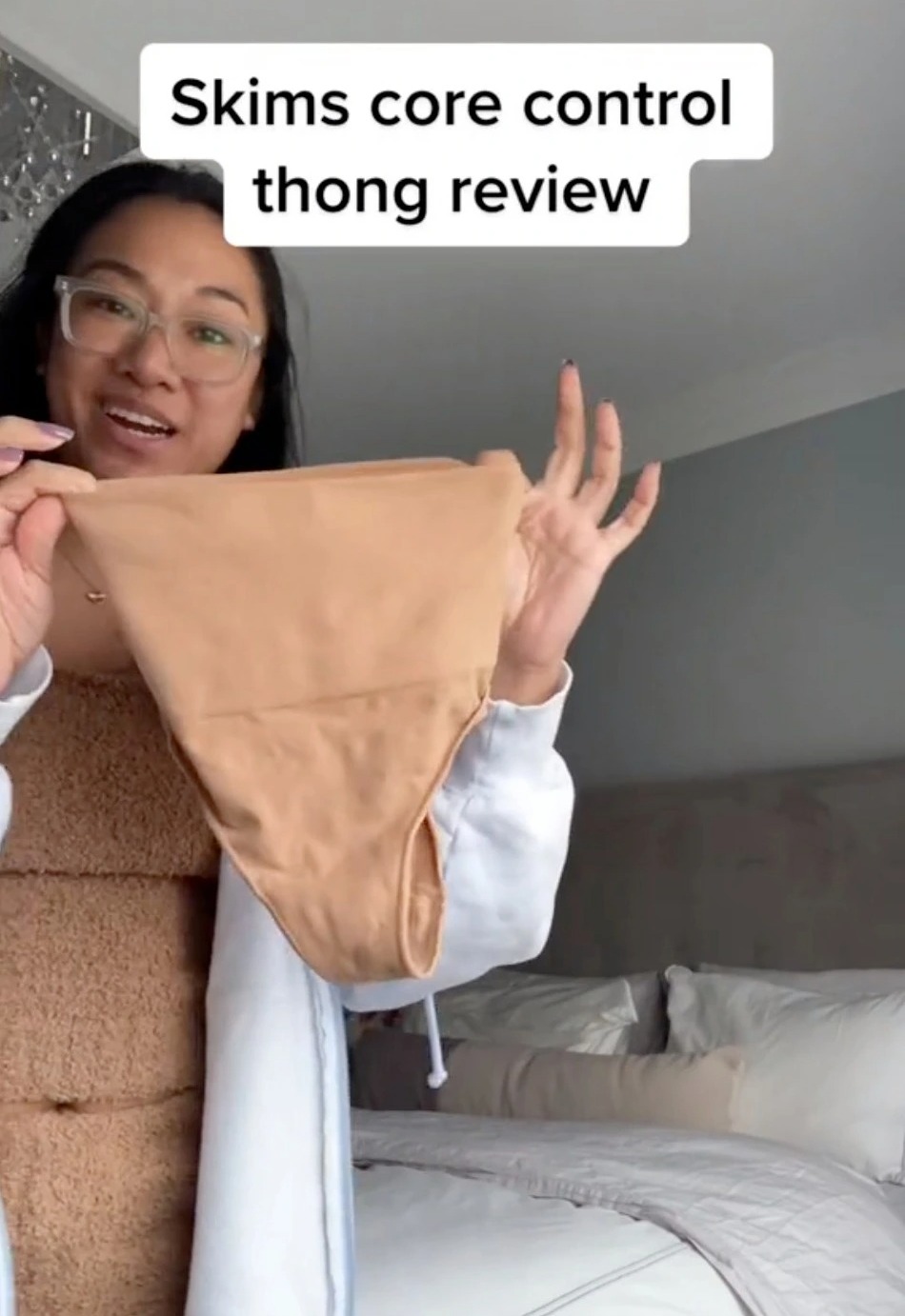 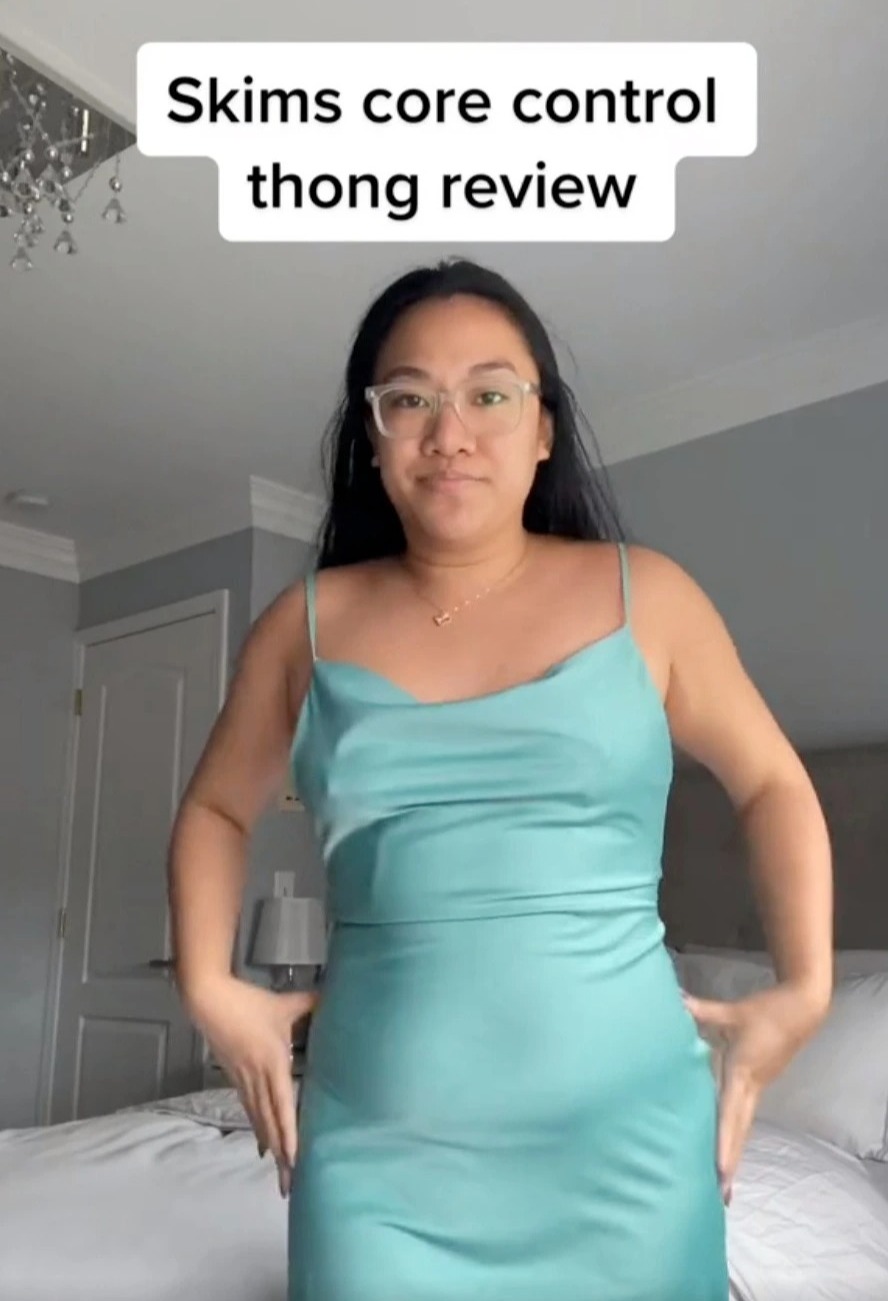 "So yeah, this is the Core Control Thong. Alright, lets put it on," Gill began in her TikTok video.

She continued: "I'm gonna show you guys what it would look like without the shapewear and like a regular dress, then I'm gonna put this on, and show you what it looks like with the shapewear," she said.

First, she tried the gorgeous turquoise dress on without the shapewear.

"So this is the dress without the shapewear," she said. "Looks normal.

"All right, let's put the shapewear on babe."

While struggling to put the Skims Core Control Thong ($34) on she exclaimed: "This is tight. So, Kim doesn't want us to breathe. She said no breathing today, babe.

"Oh my God, why is it rolling? I don't like that it's rolling. OK, whatever. I guess if I wear this out I'm just gonna have to tape it down."

Having successfully put the shapewear on under her dress, she came back on camera.

For a second, she looked amazed.

"My only complaint is that it keeps on rolling down, and I don't like that. Like, why is it doing that. I mean I would probably rate this like a seven, maybe even a six because it's rolling."

Upon taking the dress and shapewear off, in the next clip, she had on pajamas and concluded her review. 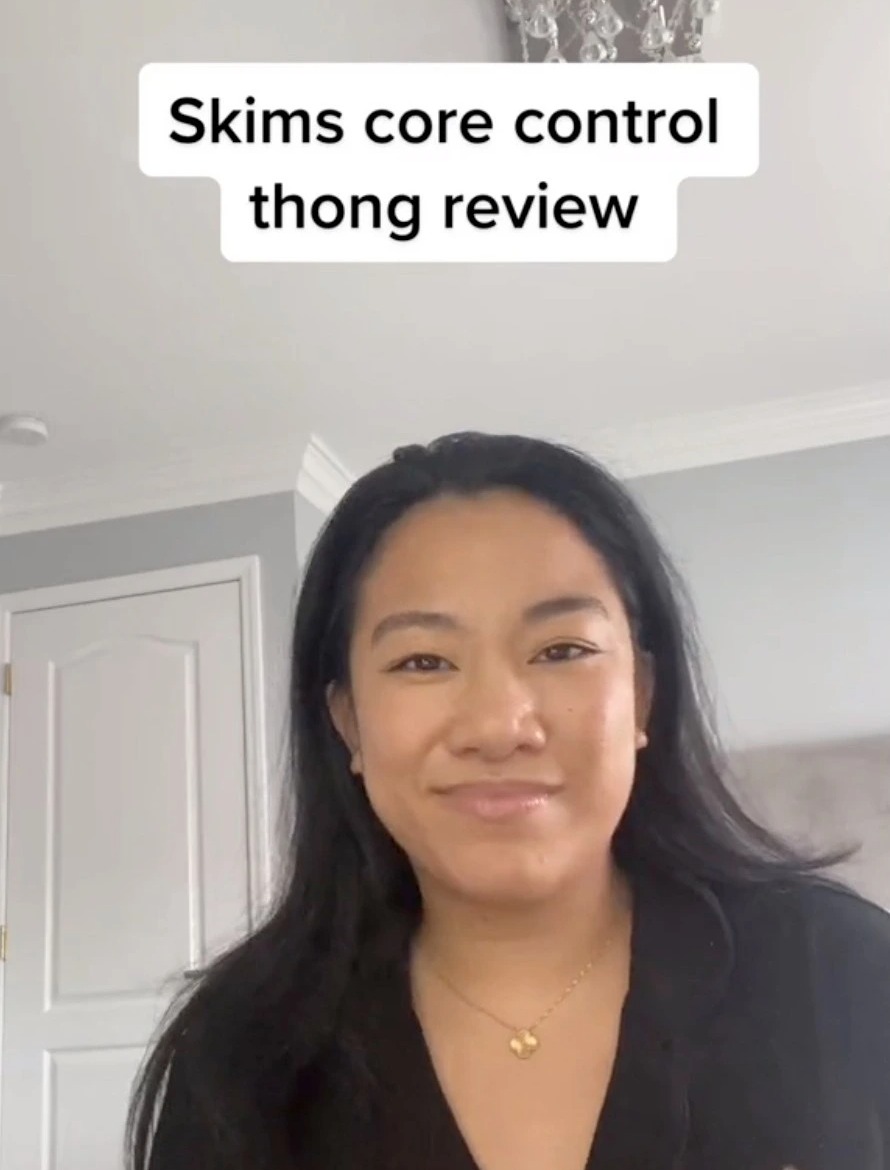 "Final thoughts on the Skims core control thong. I mean it's not terrible. It defined my body really nicely if that makes sense.

"It like made my natural shape look nice. But I don't like that like it's rolling down, and that you can kind of see the outline.

"But it just like, half worked, if that makes sense. I'm not like wowed by this particular item, so."

Some viewers in the comments section of the video shared the same concerns as Gill about the shapewear.

"Mine kept rolling too, IDK why it says that it’s not meant to roll and stuff," one person wrote.

"I just got mine today, I’m just like damn that’s tight," added another.

"I just got mine today and I’m super disappointed myself. The sizing made no sense… ordered a S/M and it rolled and looked so weird even with dress," a third person chimed in. 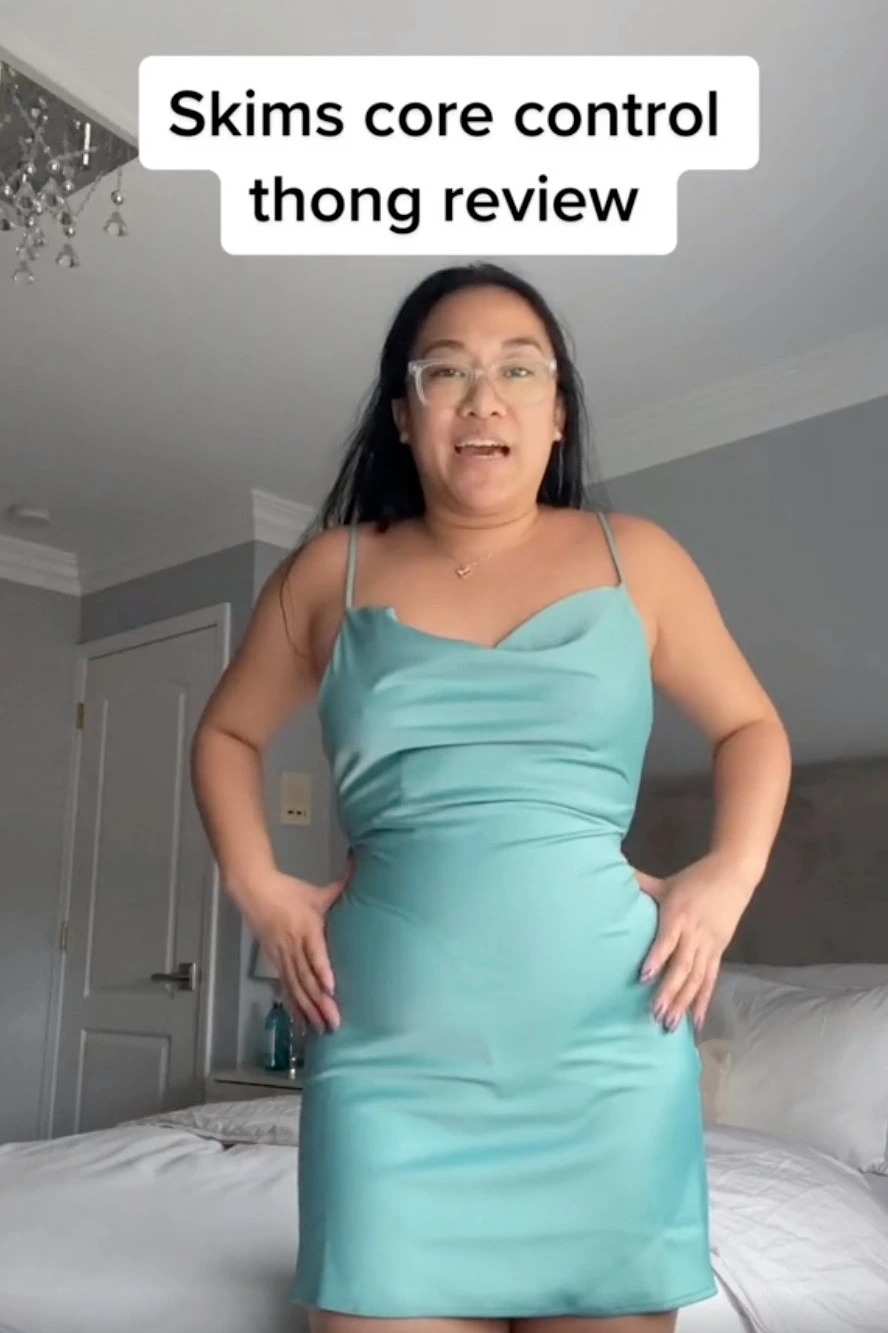