A SECRETARY has asked viewers for their opinion about her choice of work attire.

Some people say the outfit is not appropriate for the office, but the content creator thinks it's fabulous. 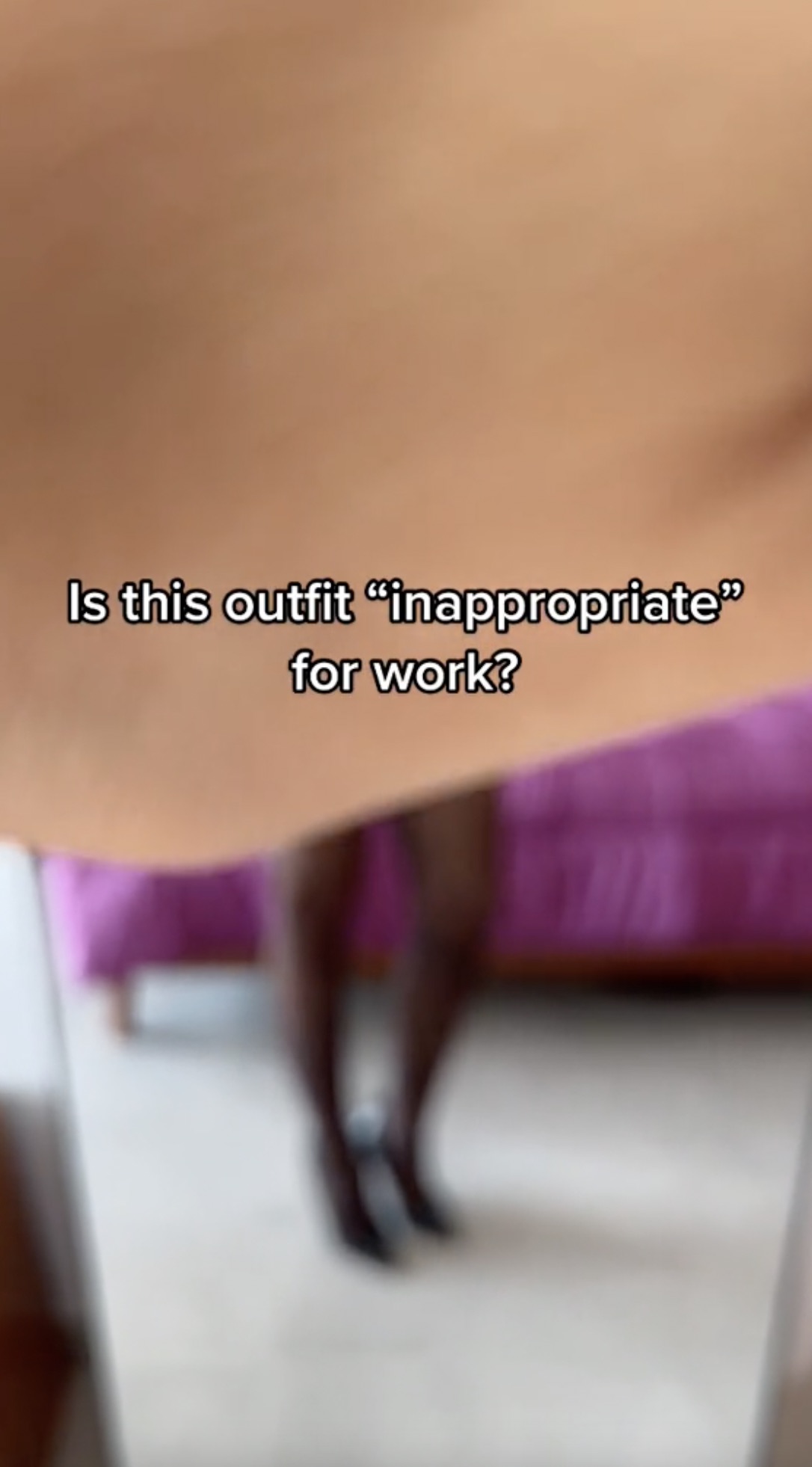 TikTok creator Anna Romanova normally posts salacious content where she shows off her curvy body and sense of fashion.

In a video, the content creator gives viewers a glimpse into what she wears to the office.

She showcases her curves in a chic outfit that she has been told looks a bit too much for her workplace.

In the end, the secretary doesn't care about what others may think about it because she thinks that it's "fabulous."

The video began with the busty blonde visible from the waist down as a hand covered the camera to only show her long legs.

Her audience could blurrily make out legs covered in a black skirt, black tights and standing in black pointed-toe heels.

The subtitle carefully placed over the hand read: "Is this outfit 'inappropriate' for work?"

Romanova then removed the hand to reveal the full fashion ensemble.

She is wearing a short black skirt that she pairs with black high-leg socks with a lace detail at the top that peeks out of the slit in the miniskirt.

The beauty also tossed on a pink patterned long-sleeve blouse that plunged deep in the front to show off her bosom.

There were differing opinions about the blonde's inquiry in the video about her sense of style.

"Looks great babe but I'm not sure if you're male work colleagues will be able to concentrate lol xx," one viewer commented.

"Depends on the job LOL," another added.

"Omg absolutely not I love it what an amazing figure and body and outfit you are absolutely gorgeous," a TikTok user shared. 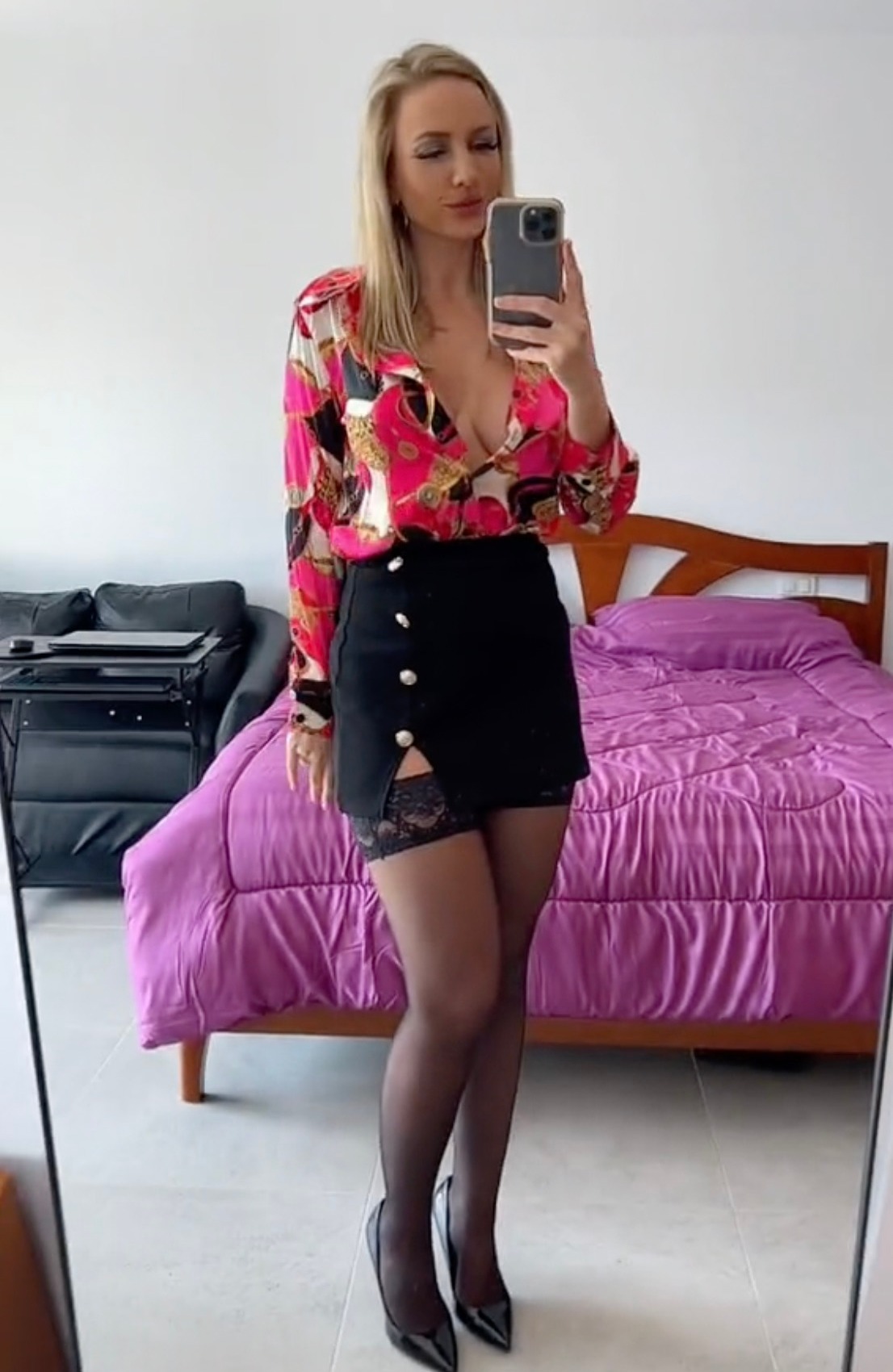