Spoiler alert! Do not proceed if you have not watched the premiere episodes of Prime Video’s Making the Cut. Read on for ET Style’s episode recaps and shop the weekly winning looks on Amazon.

Making the Cut has returned! The first two episodes of the design competition series’ second season are now available to stream on Prime Video. Heidi Klum and Tim Gunn are back as hosts to find the next great global brand. This season takes place in a bubble set up in a ranch in Malibu, California, as the show was filmed amidst the coronavirus pandemic.

Klum and Gunn welcomed 10 established designers from around the globe to compete for the grand prize of $1 million, a mentorship with Amazon Fashion and a chance to design an exclusive full collection for the online retail giant. Creative director of Moschino Jeremy Scott and international model Winnie Harlow join Klum on the judging panel. 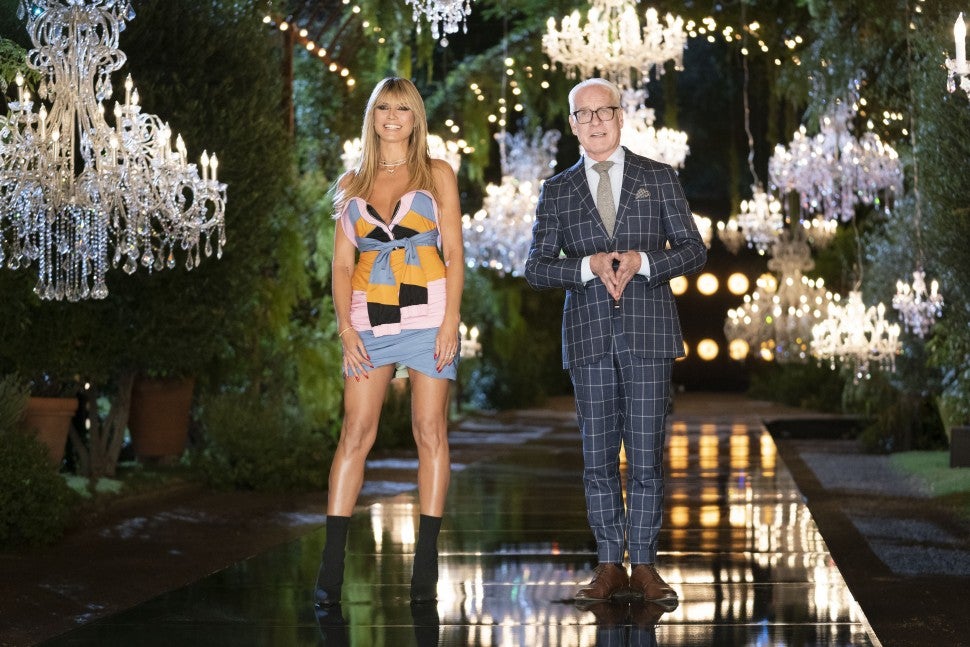 The first episode kicked off with the designers’ inaugural assignment, which they started working on from home before entering the Making the Cut studio. Each designer created two looks that embodied their brand statement — one runway look and one accessible look — that were revealed during the fashion show. The winning accessible look from each week will be sold on Amazon Fashion. Klum and Gunn added a surprise component to the challenge. Before hitting the runway, each designer was interviewed by fashion journalist Maghan McDowell of Vogue Business. Their interviews were factored into the judging.

Gary Graham was quickly chosen as the winner. The New York-based designer, who was a CFDA/Vogue Fashion Fund finalist in 2009, created two waist-tie dresses made from vintage patterns. It’s clear Graham has a knack for storytelling through his designs. The cohesive looks were inspired by a woman named Amanda who died in the 1800s at the age of 19. Graham explained the dresses are a story about redemption.

New Jersey-based Lendrell Martin was the first to be eliminated this season. London-based Australian designer Joshua Scacheri barely made the cut. Scacheri was safe when Harlow decided to give the designer another shot after seeing tailored designs from his portfolio.

Next up, resort wear. In the second episode, the designers were assigned to create their brand’s version of vacation clothing. Fashion designer Prabal Gurung joined Klum, Harlow and Scott on the panel. 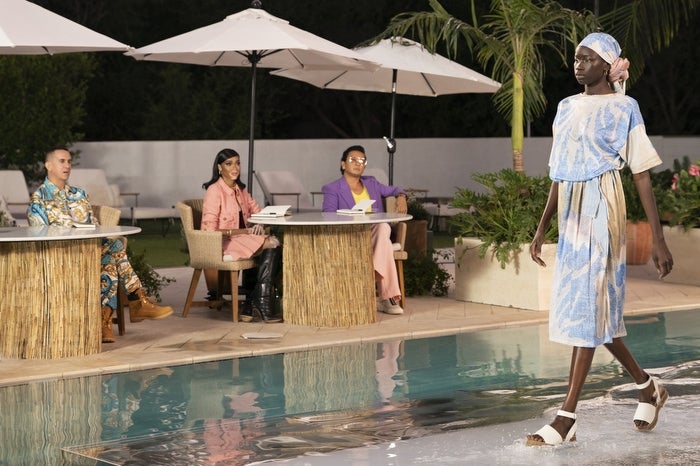 Additionally, the designers posted a social media image for their resort wear looks. Four fashion influencers voted on the best post. The winning designer of this week will have the chance to collaborate with an influencer on Amazon Fashion’s limited-edition fashion line, The Drop. 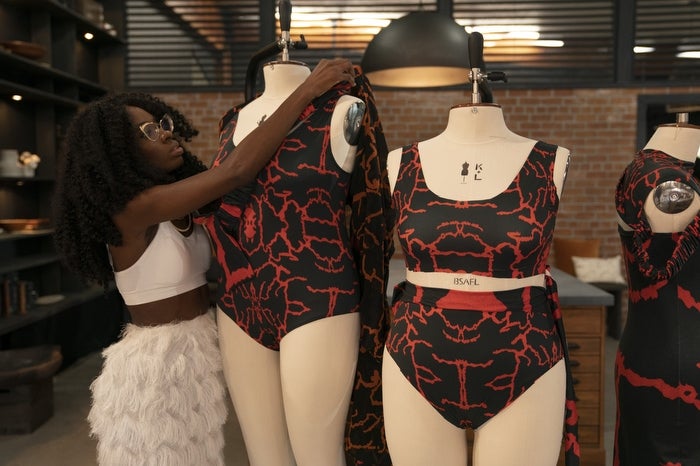 Jaipur-born, Los Angeles-based designer Dushyant Asthana was eliminated in this episode. Scacheri completely turned around from the last judging panel with his bright men’s tailored suit jacket and shorts for the runway look and a women’s printed robe and yellow wide-leg pant for the accessible look. Brooklyn-based bridal designer Andrea Pitter has been one to watch since the first episode. Her black-and-red abstract print asymmetric gown and swimsuit with coverup also won over the judges. Their social media posts were the tiebreaker, and Scacheri was made the winner.

Check back next week to shop the winning looks from episode three and four!