A BLOKE has found himself savaged online after telling his wife he'll never forgive her if she decides to have a water birth.

Turning to others for advice, the woman quizzed whether she was being "unreasonable" to think that it's up to her how she chooses to give birth and not down to her husband's preferences. 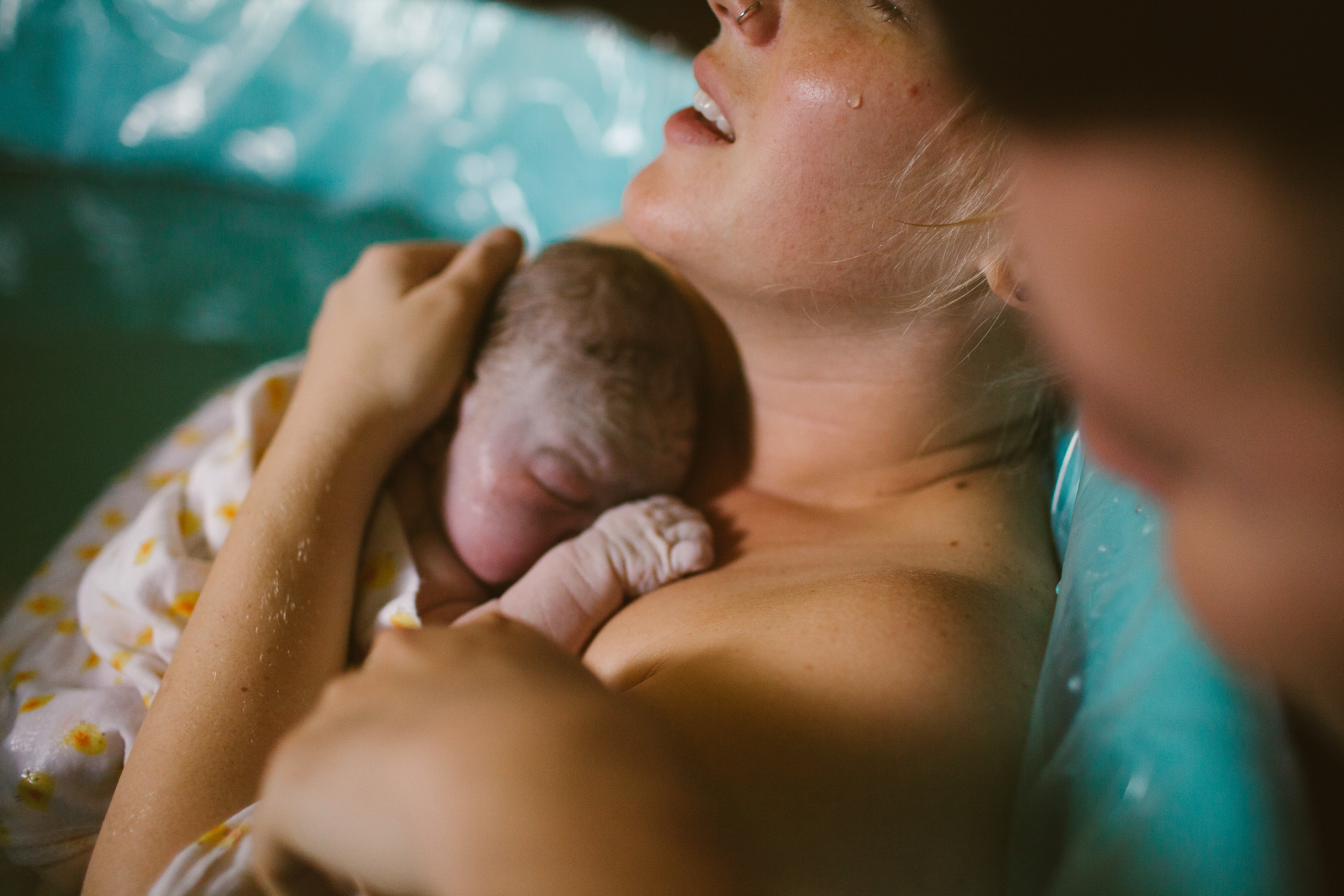 The wife explained that she and husband have repeatedly found themselves fighting over whether or not she should have a water birth, despite the fact that she's not even pregnant.

She shared on Mumsnet that she is hoping to fall pregnant soon, but her husband is against her wishes to have a water birth, telling her that he thinks the "more pain you go through, the better your bond with your baby".

The wife wrote: "So I'm not pregnant but hoping to be in the next few months. I have previously told OH I would ideally like a water birth, which he was totally against.

"He is very much of the opinion that a 'normal birth on land' has worked for 1000s of years so why should I want to do something different. Last night I brought it up again after reading a study that showed water births can decrease tearing and generally improve a mother's wellbeing during childbirth.

"He believes that the more pain you go through, the better your bond with your baby, and cites statistics about mothers who have c-sections being more likely to develop PTSD or PND."

Frustrated, the woman slammed her husband for being a "child" and not taking her opinion on board – so much so, that he even suggested looking into a surrogate who will have a "normal birth".

"It's like debating with a child. He doesn't listen to my point of view or really take my feelings into consideration at all in the situation," the woman vented.

"'I'd rather we find a woman who will carry your egg and give a normal birth than choosing to lay my eggs in water when they should be laid in a nest,' I mean come on… he basically said if I had a water birth he would never forgive me."

It's like debating with a child. He doesn't listen to my point of view or really take my feelings into consideration at all in the situation

When the wide suggested seeking advice from a doctor or midwife, her husband refused.

She explained: "I've said we can speak to a doctor or a midwife and seek their advice but he is dead set against it and has 'had his last word on it'.

"Am I being unreasonable to think that ultimately the way I give birth is my decision, and he should have more consideration for how I will feel in this whole thing?"

Her post racked up hundreds of comments, with fellow mums calling out the husband for his behaviour and urging him to "grow up" as they sympathised with the woman.

One person posted: "Oh ffs tell him to grow up, your body your decision. If he has such t***y views about birth what else does he have stupid views on. Do you really want a child with this man?"

Another said: "Tell him when he gives birth he can deliver in the manner he wishes…."

A third wrote: "Errr well I wouldn’t be planning on having a baby with him first of all. He sounds like an arrogant sexist pig. No uterus, no opinion."

One more quizzed: "He thinks using a surrogate is more natural than a water birth?"

"Not his decision. Just tell him you're having a water-birth. If he can't support your decision you need a different birth partner," insisted another.

Baffled by the husband, one person bluntly claimed: "I wouldn't reproduce with this moron."

Meanwhile, one bloke reveals 'I’ve put my pregnant wife on a diet to help her lose weight once the baby comes, she wants me to do it too but I won’t'.

Plus, a mum shares 'I was told I was having girls during FIVE scans so I spent £500 on clothes… then ended up with triplet boys'.

And another mum reveals 'I had the world’s smallest baby bump at 7 months pregnant – people accused me of my faking it & said I was just bloated'.