A TATTOO artist who turned to fine art watercolour painting during lockdown to pay the bills has seen her beautiful masterpieces snapped up by collectors across the globe.

Becca Millerchip-Brown, the owner of tattoo studio Freakshow, in Newbury, West Berkshire, has covered 95 per cent of her body in ink – but not everyone’s a fan of her look, with the single mum admitting people “think they’re better than me” or treat like her like she’s stupid. 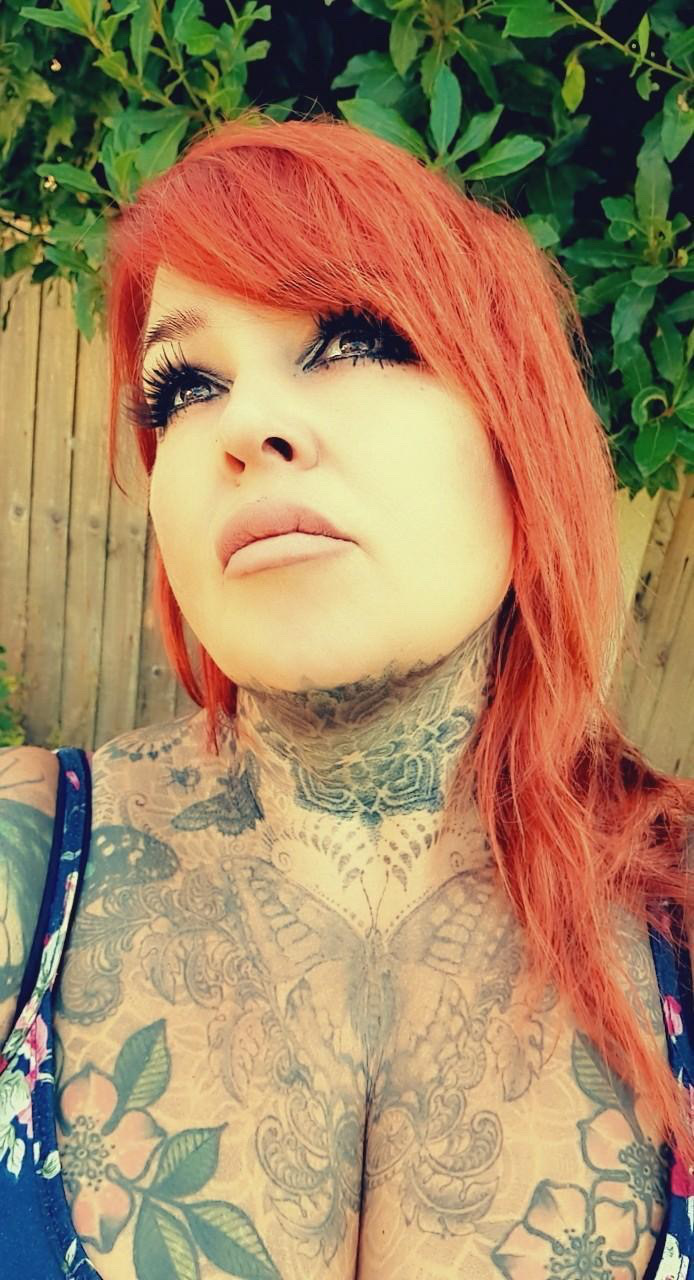 With tattoo parlours forced to close for much of the past year, Becca, who lives with her two teenage boys, in Wroughton, Wiltshire, built up a reputation as an animal and nature painter.

She began painting every day, taking photographs of nature on her daily walks, which became her inspiration.

Becca was surprised at the interest in her fine art and now vows to continue painting even after reopening her studio, despite being spoken down to by people in the art world about her eye-catching array of body art.

The defiant mum proudly displays her fine art alongside tattoo pics on her Instagram page as she sees both as serious artwork, just different mediums. 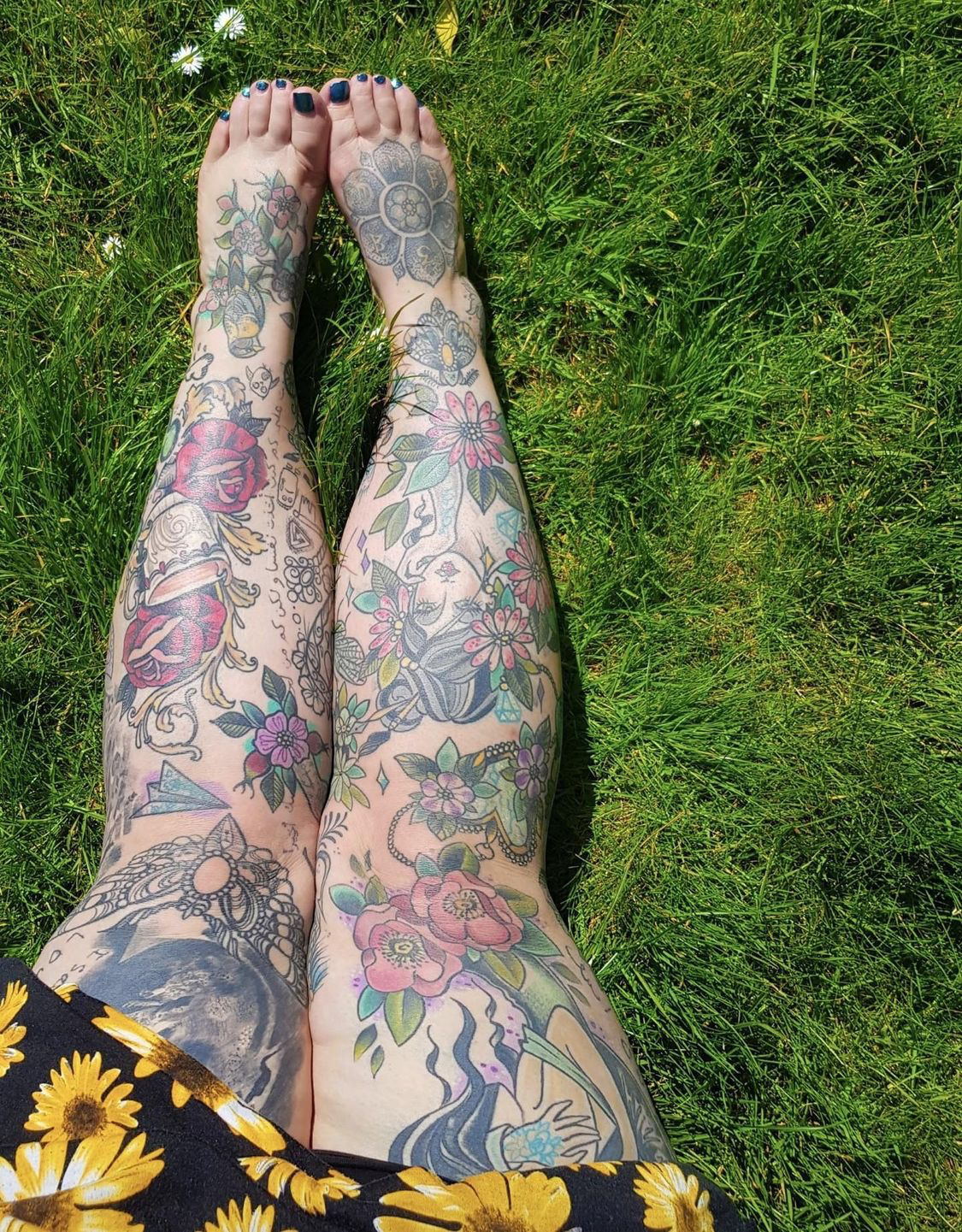 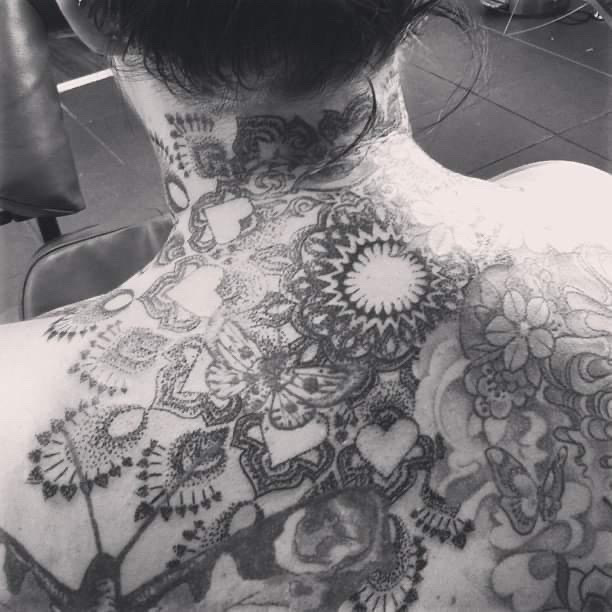 The 44-year-old said: “I've had both positive and negative reactions because I am pretty covered in tattoos. People I’ve met in the art world who are 'eccentric rich' love my appearance.

“The negative reactions I’ve had are from the ‘wannabe middle class’ who think they're better simply because they chose to conform to a standard in their appearance.

“There are people who have an initial opinion of me based on my tattoos and how I look who speak to me in a very condescending way, who are surprised when I can respond in a reasonably articulate manner.

“I do find it quite funny. I put my paintings alongside my tattoo work because to me it's all art just different mediums.”

The only part of Becca’s body which isn’t tattooed is her face, although she does have inks under her hair.

She said: “When people have asked how many tattoos I have, I normally say ‘one’ because they all join up.

“Most of the time I get positive reactions, people stop and say ‘nice tattoos’. I have heard little children say: ‘That lady has pretty flowers on her’ and things like that.

“In the summer people do stare, but I've noticed it more when I've been on holiday abroad. I’ve even been asked to have my photo taken with people on holiday simply because of the amount of tattoos I have. 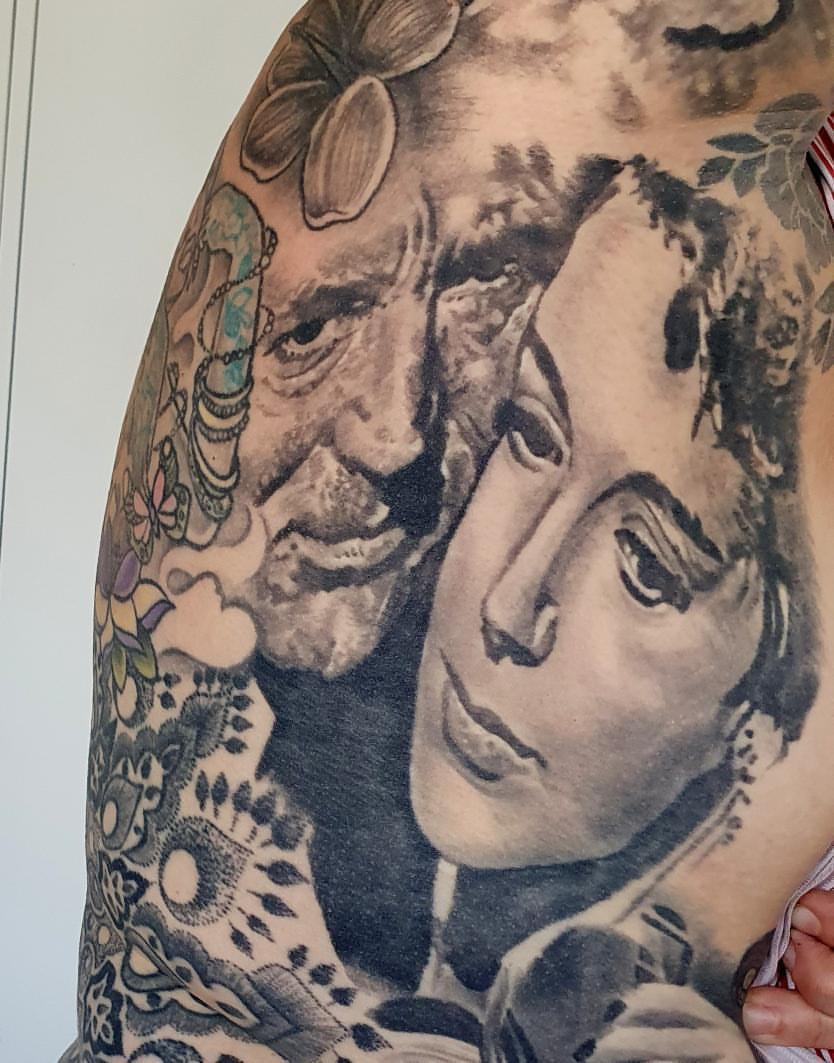 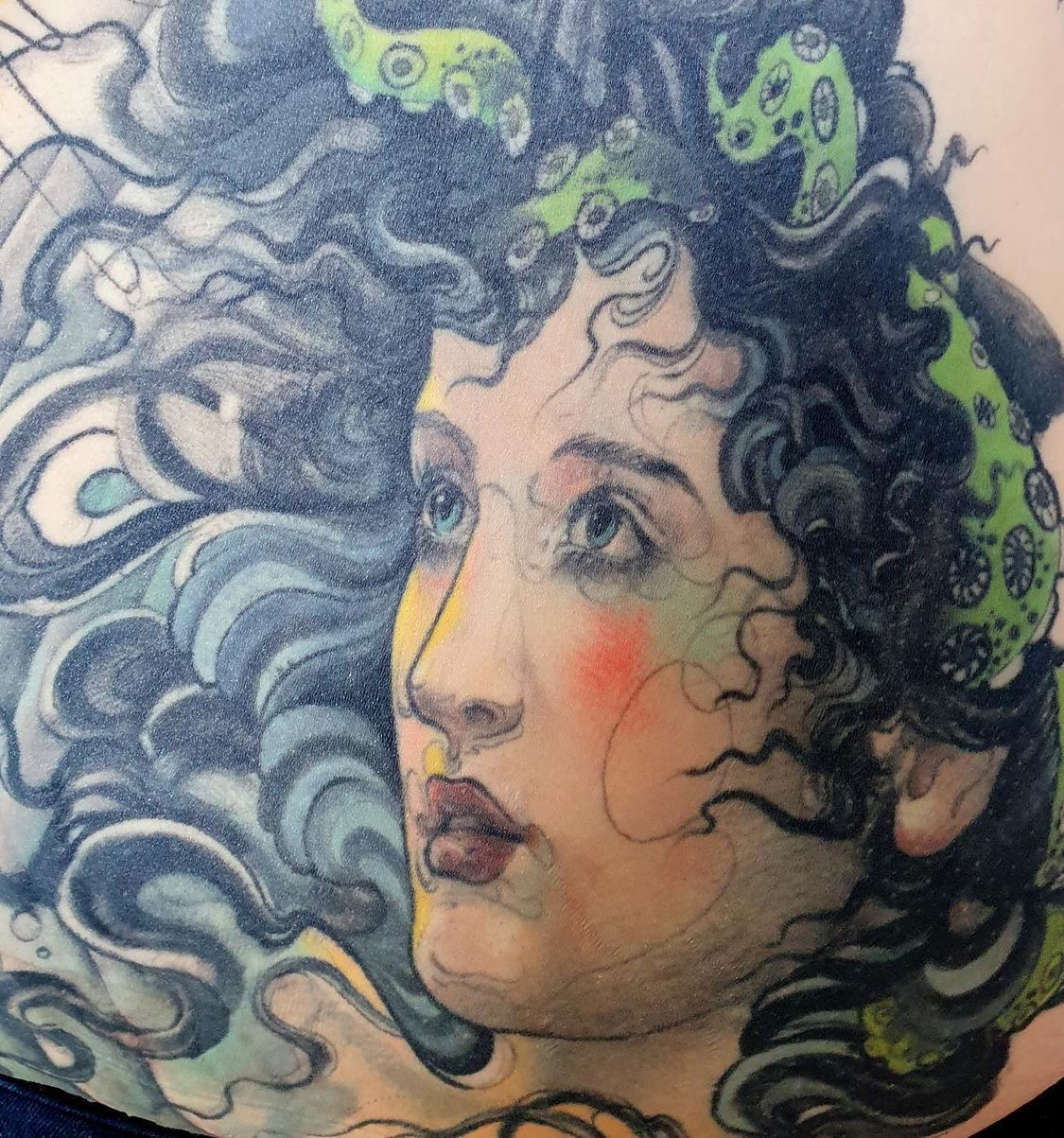 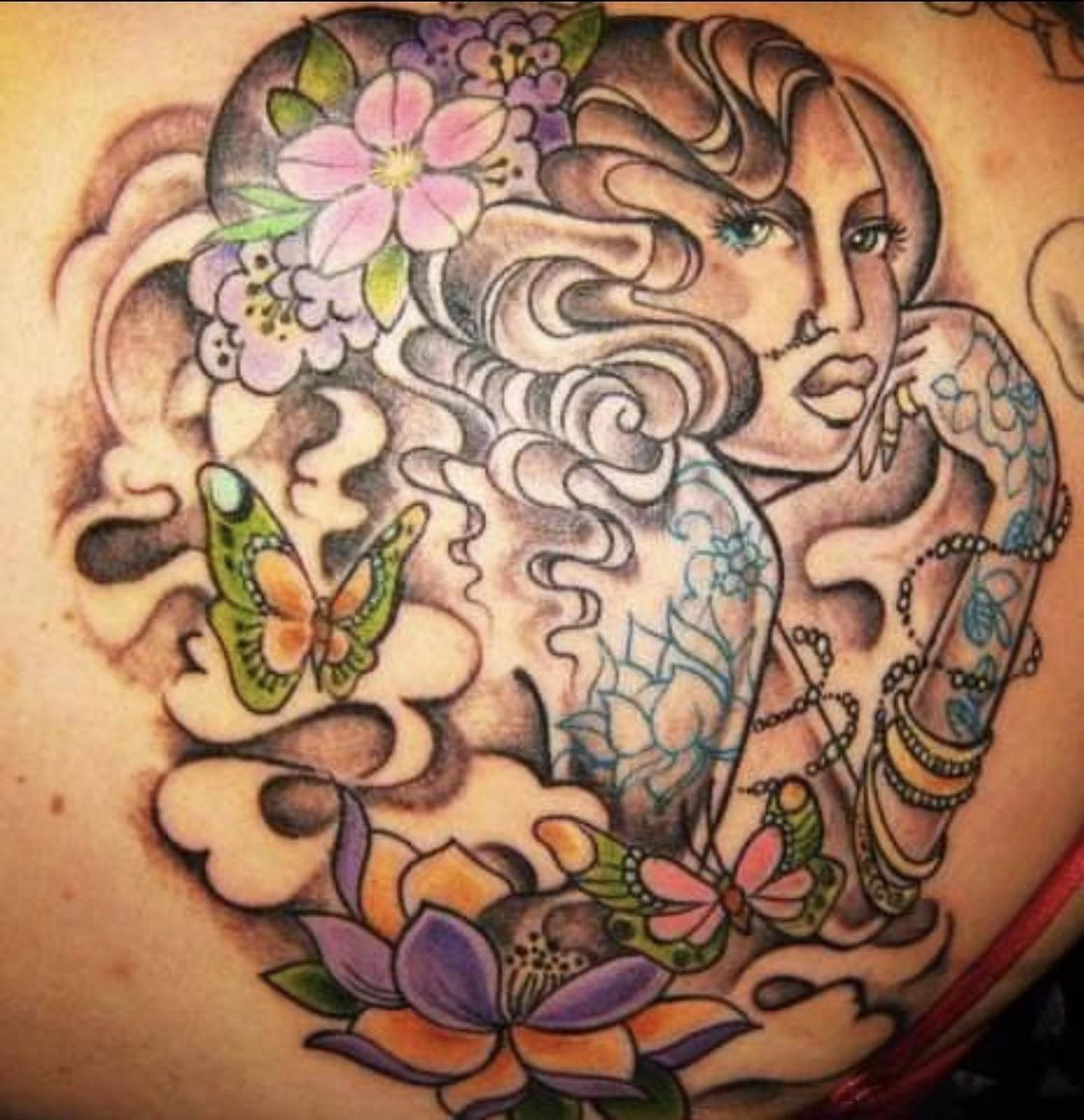 “My look definitely coincides with my shop name ‘Freakshow’ when people think you're a freak or oddity in a sideshow. I do understand why, because it is unusual to have as many as I do, especially for a female.”

Becca has owned her studio Freakshow for almost a decade and it’s a real extension of her personality.

Freakshows were a popular form of entertainment during the Victorian period, when people flocked to gawp at unusual, novel acts.

This theme runs throughout the interior of Becca’s studio, with walls covered in murals and prints from the era, displayed taxidermy, a hall of mirrors on the stairway and candy carnival stripes on the banisters.

The artist has attempted to tattoo herself before, but it didn’t go to plan, and instead travels far and wide across the UK to get inked by tattooists she admires.

People think you're a freak or oddity in a sideshow – I do understand why, because it is unusual to have as many tattoos as I do

Becca had her first tattoo underage at just 15 – a scorpion, which she soon had covered up because she didn't like it. That early mistake made her think very carefully about her future tatts and their meanings.

Her favourites include a portrait of Cary Grant and Deborah Kerr from the film 'An Affair to Remember' as she used to watch old movies with her grandmother.

She has a mayfly on her leg because her dad once told her that the insect only lives for one day, so it's a reminder to live each day to your fullest potential.

Daffodils on Becca's legs are for her mum because they're her favourite flower, and a cup of tea, also on her leg, was chosen because her parents love a cuppa. 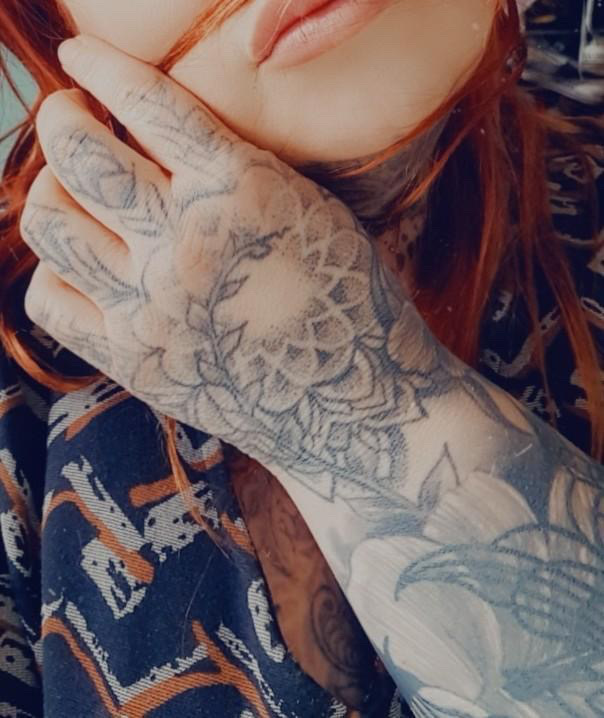 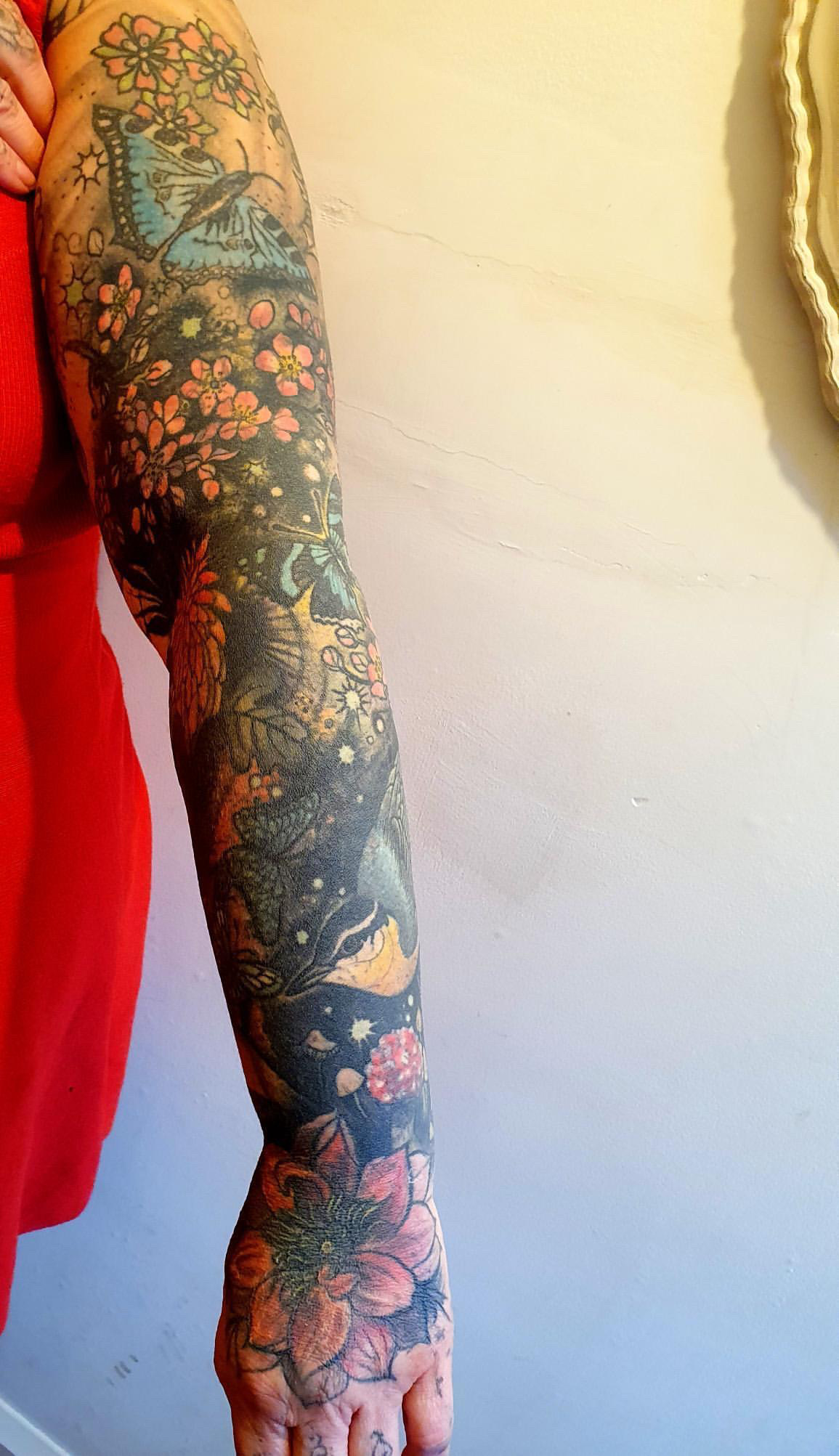 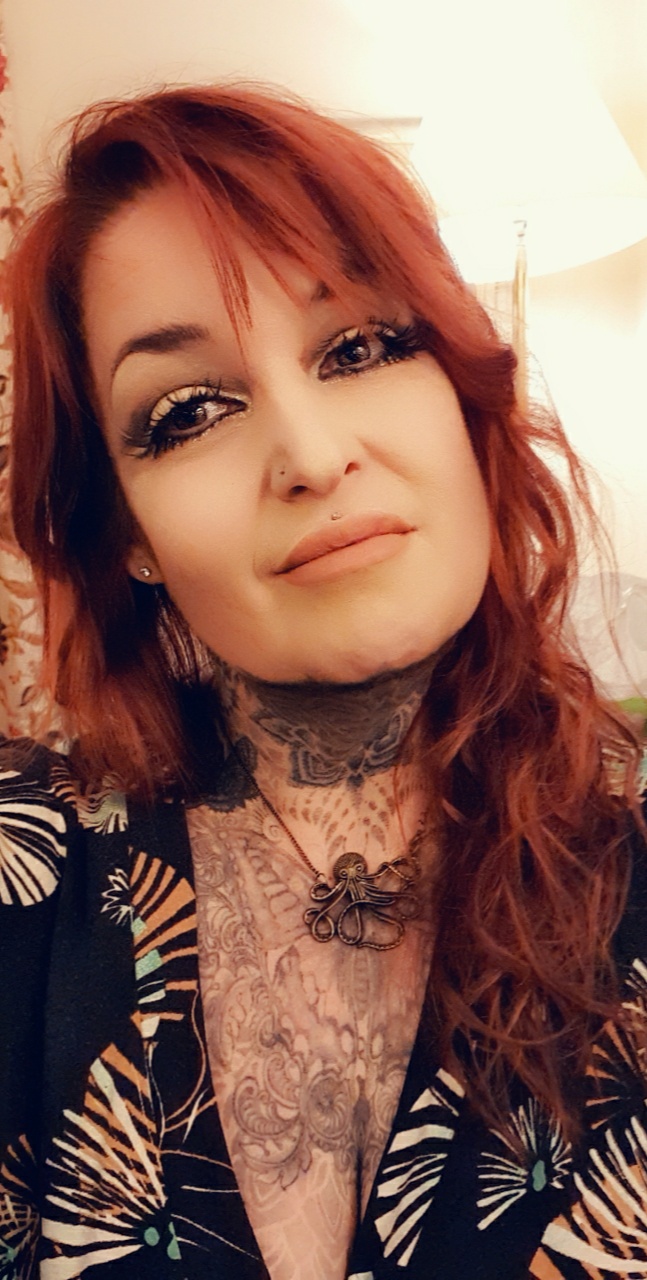 She has a lady playing a violin on her leg because her eldest son plays the violin and an owl her youngest drew.

She said: ”It's pretty much a struggle to find any gaps now, I'm so very covered. I will fill in any gaps with more tattoos but it's annoying that I can't get any larger pieces anymore.

"I love art so much and have paintings and art all around my home, so I see this as a similar thing."

Becca has been interested in art from a young age; she’d miss lessons at school so she could attend extra art lessons, going on to study art at college, followed by a fine art degree at De Montfort University, gaining a 2:1.

She’s exhibited at the Royal Academy in Edinburgh, sold a painting at Bond Street Sothebys, has had artwork on display at art festivals and sold commissions locally before getting into tattooing. 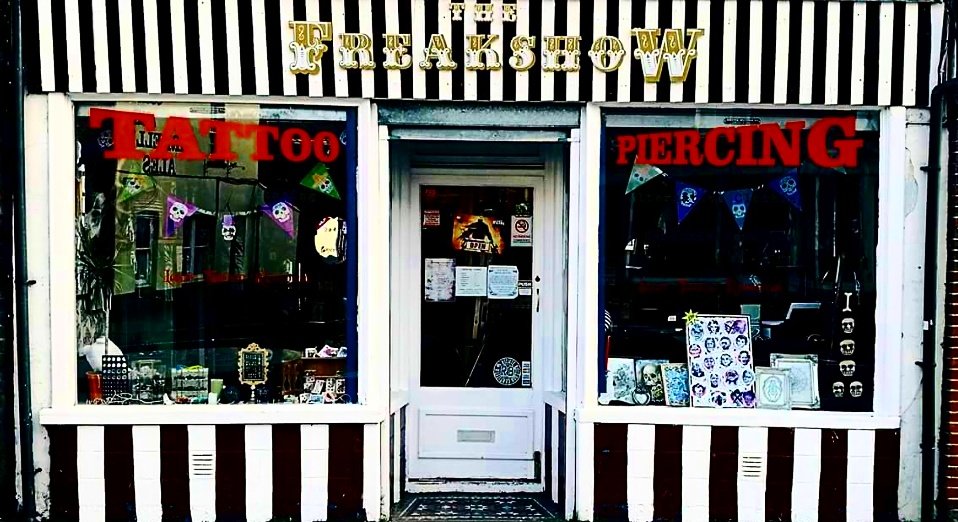 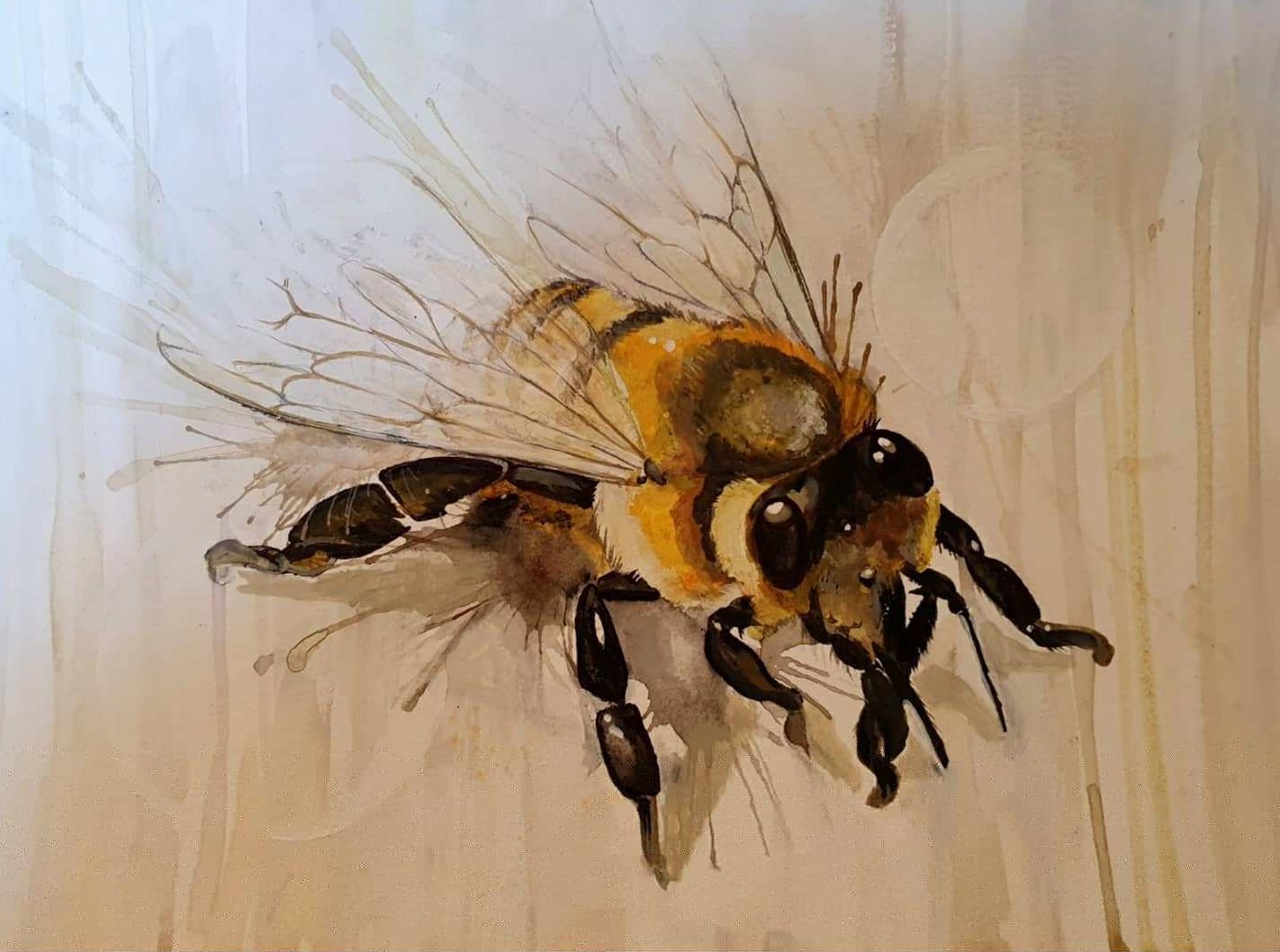 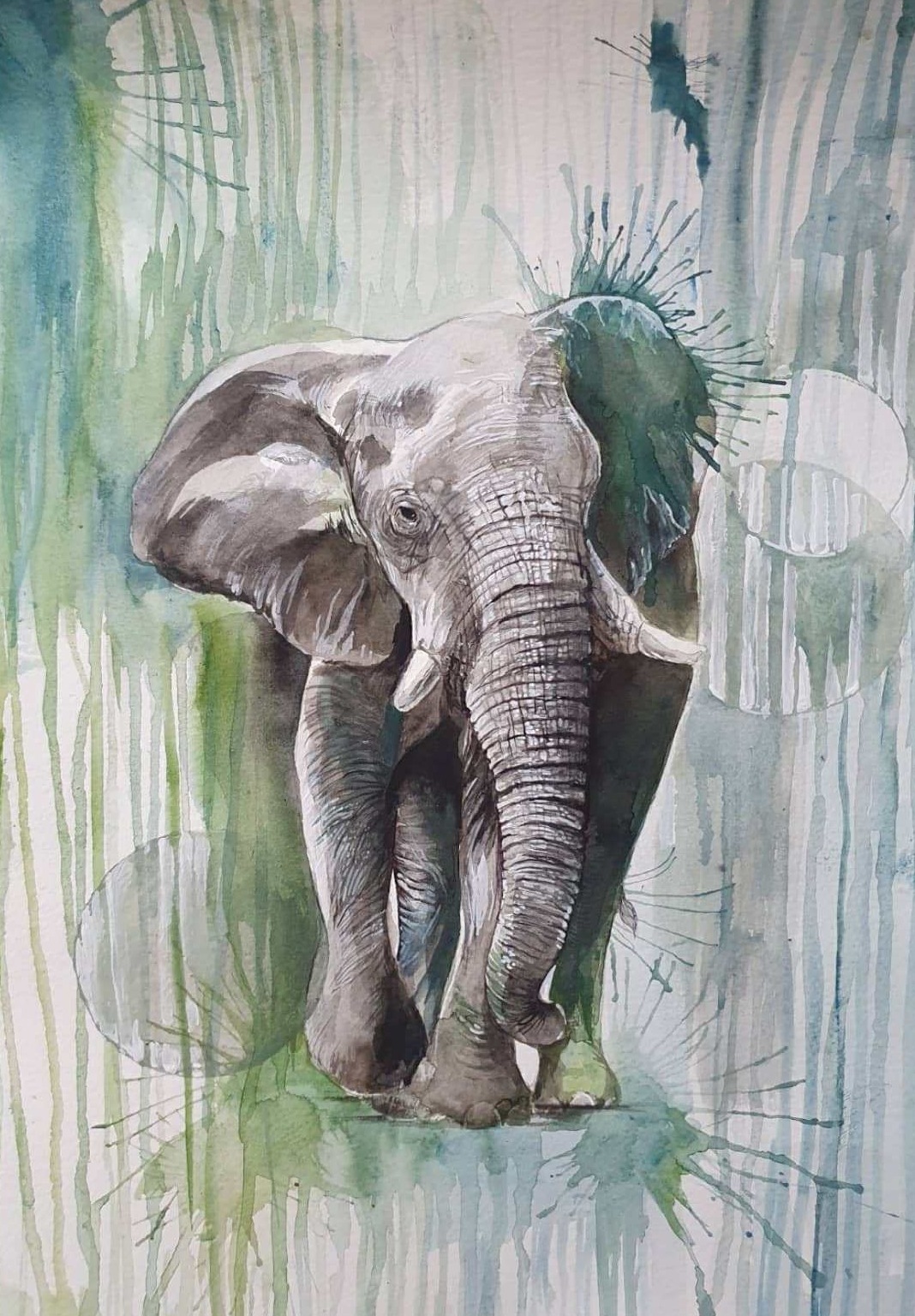 Before the pandemic, tattooing provided her biggest income, but she hopes to continue fine art painting more regularly after her shop opens on Monday.

Becca said: “This past year has been a real struggle mentally and financially, especially as a single mum-of-two. Suddenly being told your only source of income isn’t allowed to continue, I’ve had to adapt.

“All this made me determined to keep myself productive and paint daily. I need a shop to go back to which has meant keeping up with payments there and also at home.

“During lockdown I’ve had commissions both locally across the UK and abroad including Denmark, France and America. 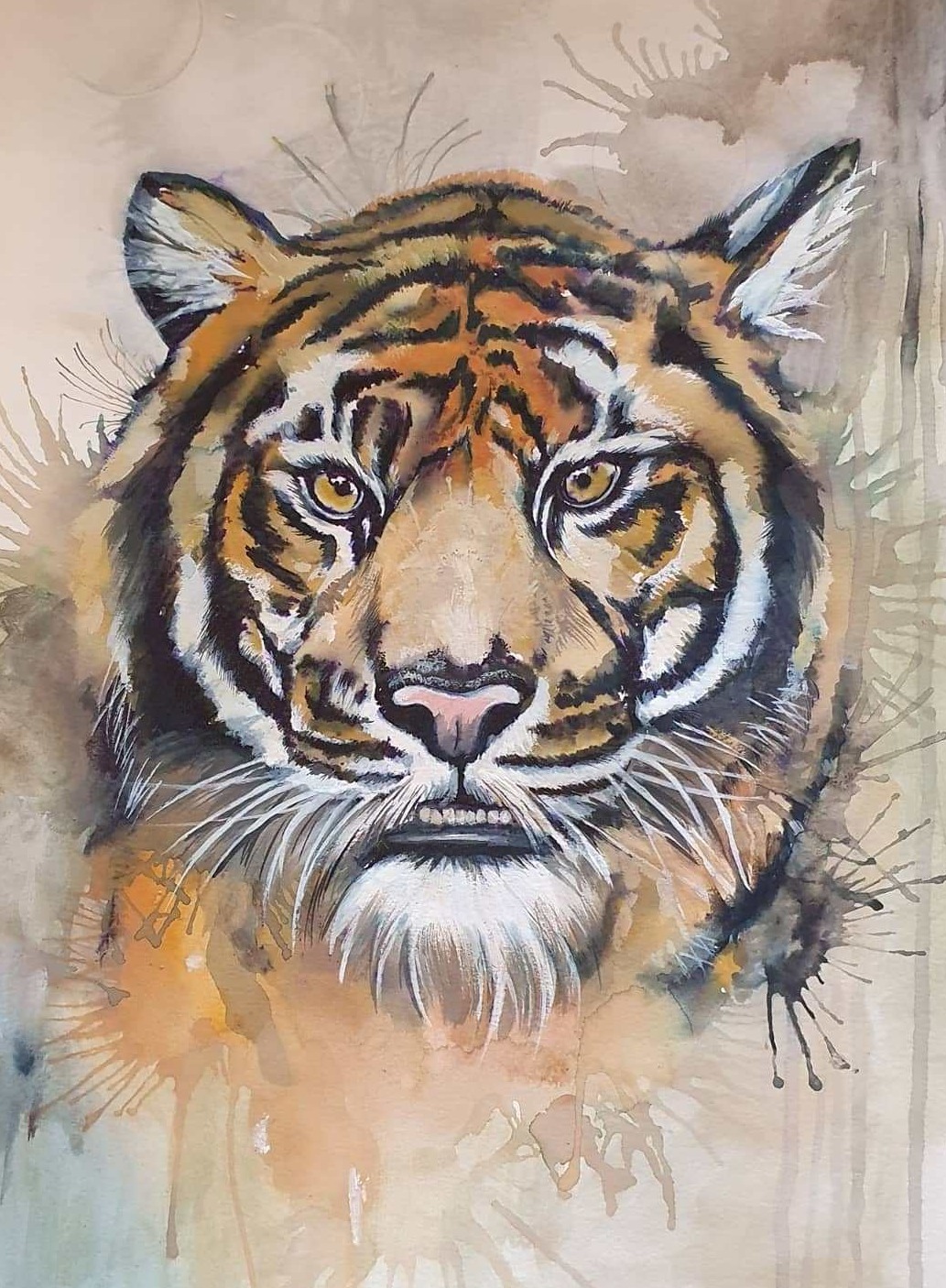 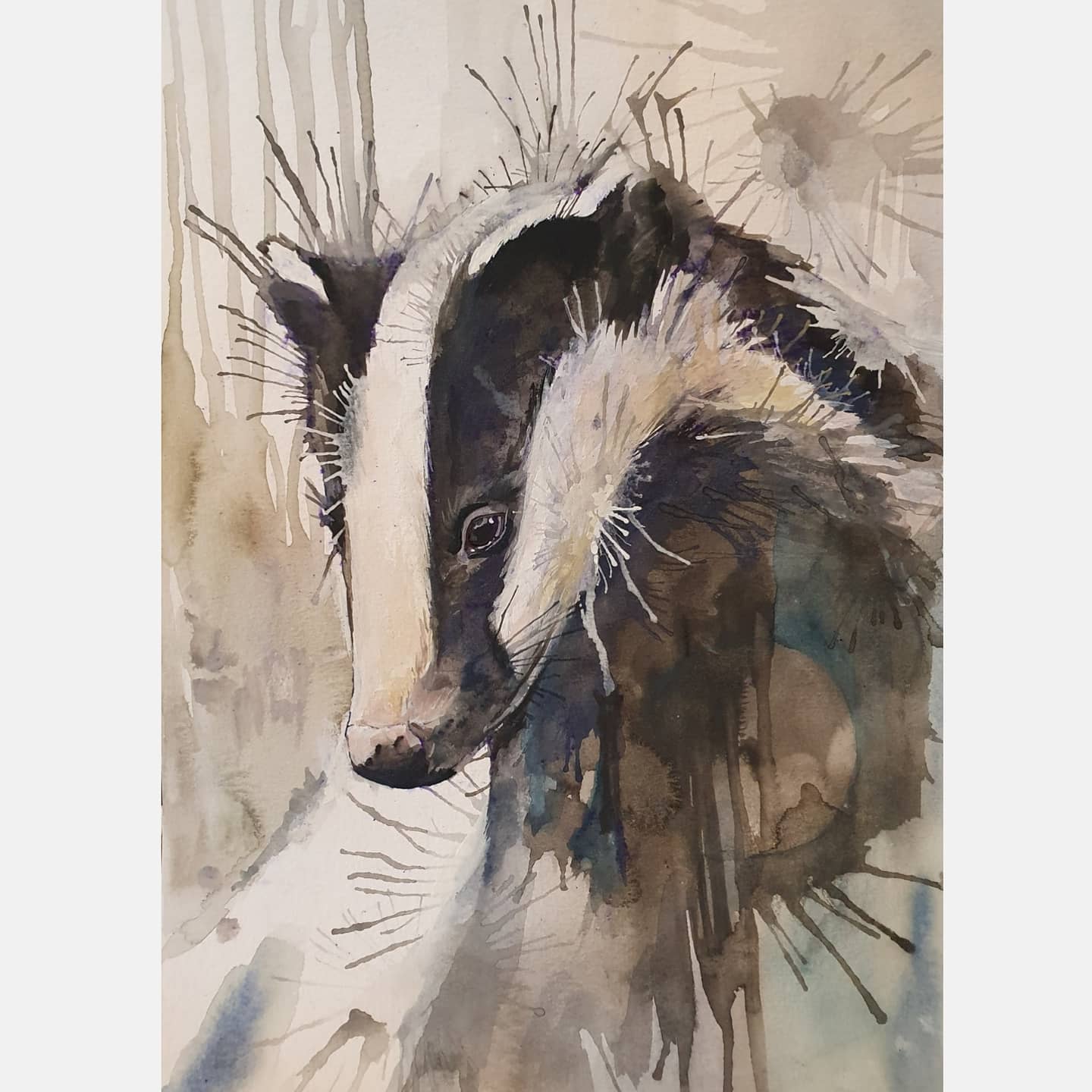 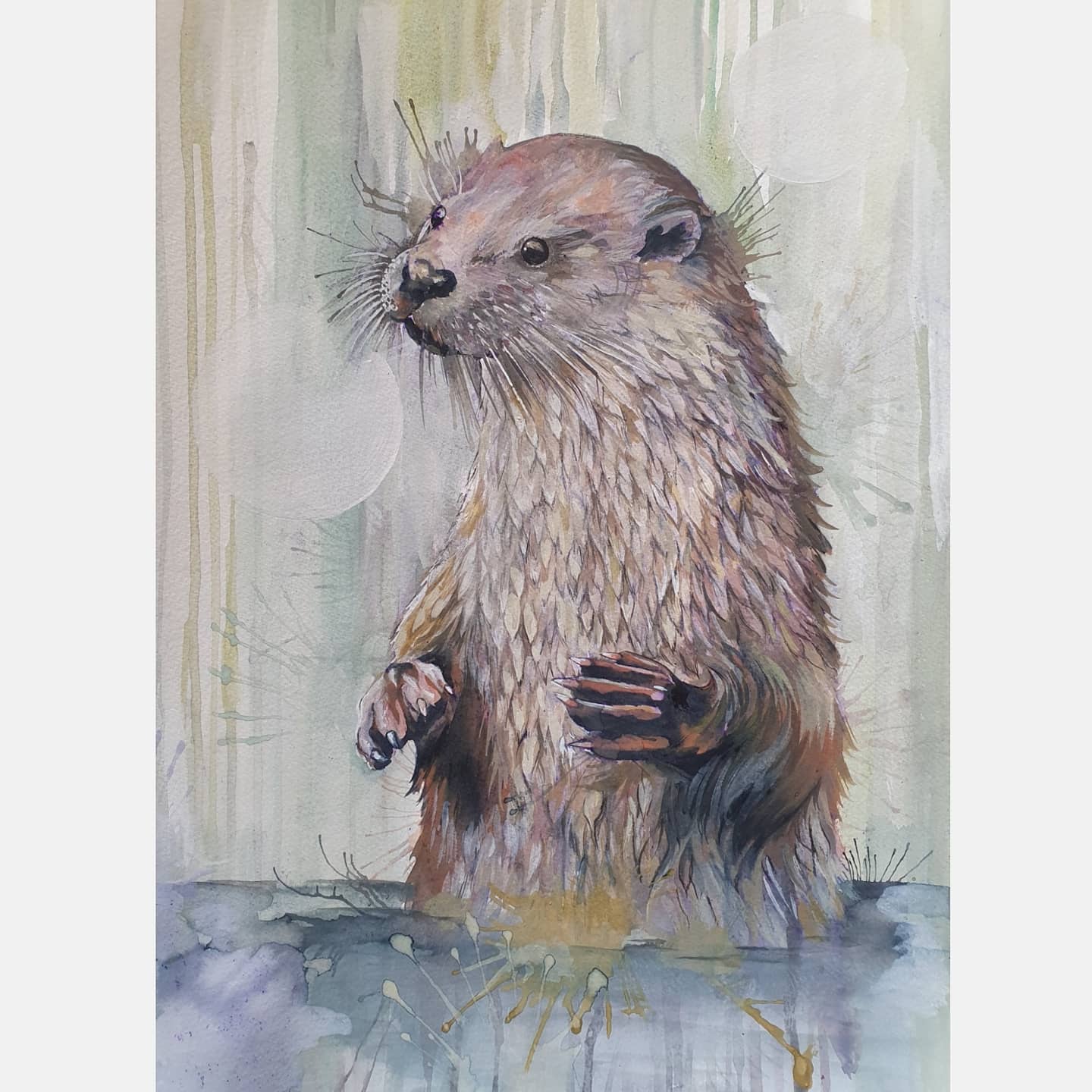 “I have painted a lot of pets, mainly dogs, cats, but also guinea pigs, a pet chicken and a pet goat. Lots of wild animals and flowers too. Nature is what I truly love painting and drawing and lockdown walks have kept me inspired.

“I'm used to drawing daily for tattoos as all my tattoo work is uniquely designed for each client so the artwork side of it goes hand in hand.”

Becca plans to exhibit any paintings that are not sold after lockdown. Her work can be found at www.instagram.com/beccambtattoo and www.thefreakshowtattoos.co.uk.

Meanwhile, one woman went blind after tattoo artist botched job of inking her eyeballs, but she doesn't mind because she loves her look.

Plus, one man's lavish proposal went viral after he popped the question with not one, but five rings.

And one super organised mum reveals why she sets 12 alarms per day and schedules playtime for daughter to military precision.