“I want people to think radically,” said Noname, the 28-year-old rapper, in a phone interview this month from her home in Los Angeles. She is outspoken, especially on Twitter, about dismantling patriarchy, white supremacy and capitalism, but over the last year she has also been opening people’s minds through a more analog medium.

It started in July 2019, when she posted a photo of “Jackson Rising: The Struggle for Economic Democracy and Black Self‑Determination in Jackson, Mississippi,” a collection of essays about the movement to develop cooperative economic practices in the capital of America’s poorest state. Later, another Twitter user replied with a photo of the book and suggested that they become “pen pals and swap notes.”

Thus began the Noname Book Club, a reading group focused on texts by authors of color (tagline: “reading material for the homies”). Hers is one of many Black- and women-led book clubs people are turning to in the midst of a virus that has alienated people from their communities and a continuing global conversation about anti-Black racism.

What is essential to each of these groups — and why members find them appealing — has a lot to do with leaders creating a space free of the white gaze.

Black Book Clubs Then and Now

The Black book club has, over time, served as a space of critical study, leisure and fellowship. In the 19th century, free Black Americans in the North saw literary societies and the organized literary activities that they sponsored “as one way to arrest the attention of the public, assert their racial and American identities, and give voice to their belief in the promises of democracy,” Elizabeth McHenry wrote in “Forgotten Readers: Recovering the Lost History of African American Literary Societies.”

Dr. McHenry also notes in her book that “not every member of African American literary societies wanted to be a writer or enjoyed an unmediated relationship with texts.” Some members weren’t even literate, so they relied on others to share information.

At the end of the 20th century, the Black-led book club became a national phenomenon and a commercial success. Oprah’s Book Club, founded by Oprah Winfrey in 1996, introduced readers to Black authors including Toni Morrison and Pearl Cleage in the 1990s and early aughts. Ms. Winfrey helped bring Black literature to non-Black consumers and created a blueprint for celebrities of all stripes to become literary tastemakers.

Of course, many of Oprah’s readers — and the authors she has recommended to them — have been white.

The protests following the killings of George Floyd, Tony McDade, Breonna Taylor and countless others have led many people, most of them white, to immerse themselves in books about race in America, like the best-selling titles “How to Be an Antiracist,” by Ibram X. Kendi, and “White Fragility,” by Robin DiAngelo. 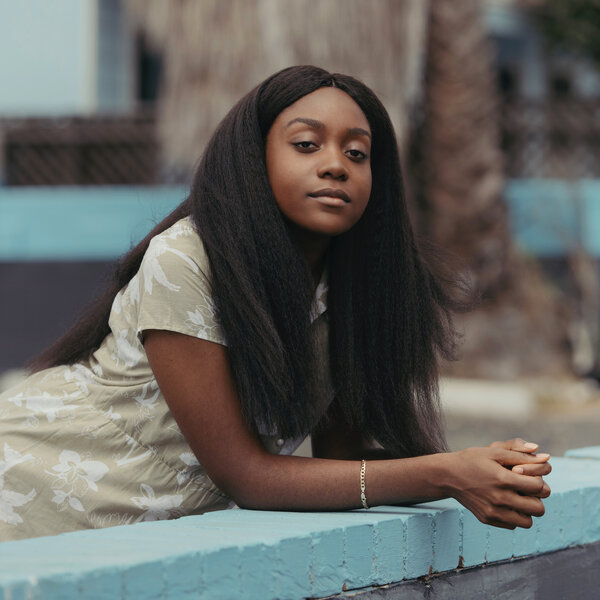 The Radicalization of Noname

Since its founding in August 2019, Noname’s book club has grown to nearly 10,000 Patreon subscribers, who pay at least $1 a month for membership. Others follow her book recommendations on Twitter and support the club by buying merchandise.

Though her mother, Desiree Sanders, owned a bookstore in Chicago, Noname did not necessarily inherit her bookish tendencies.

“I wasn’t really interested in reading,” she said of her grade-school years. And even now, “I’m pretty insecure about it. I’m just doing it now because I think it’s important, and I do love language and literature.”

Her more recent interest in reading was born out of the formation of her politics. “I’m still doing the reading, learning,” she said. She supports abolition — “of the U.S. empire,” she said, but especially the police, an idea that has gained broader support in recent months. Activists have pushed for local policing budgets to be redirected toward social and mental health services.

She posts about many of these ideas on Twitter, where she is the recipient of much adoration and vitriol.

“Anything that’s going to be pro-liberation, I’ll always tweet that without hesitation,” she said. “I think when you start questioning systems, it helps you to open up other parts of your humanity.”

Her work expands to other forms of social activism, including sending literature to incarcerated people. The future of her book club includes plans to start a grocery drive and provide cooked meals for the homeless in Los Angeles, where she lives.

“The Free Reading Program,” which she plans to start once she reaches 10,000 subscribers, will focus on one essay a month and will be facilitated by organizers and educators, according to the book club’s Patreon page. The program is specifically focused on political education, and will focus on themes like Marxism and feminism.

“We read books, but under the umbrella that I am continuously trying to expand different initiatives through book club,” she said.

The vlogger known as Jouelzy, who founded the book club Smart Brown Girl, believes there is a privilege associated with selecting and interpreting texts, so the space she has created is an attempt to remedy that.

“We have a cohort of Black women graduate-level researchers who produce what we call syllabi that walk you through the readings we’re doing to make the books more accessible,” she said. Those materials include background on each author, a book overview, themes and motifs, reading tips, discussion questions and suggestions of similar books to read next.

Expanding the kinds of Black stories that are centered is what prompted K Bailey Obazee, 30, to start OKHA, a book club in London that she describes as “hella Black and hella gay.” (“Okha” means “tale” in Edo, the language spoken in the state in Nigeria where she is from.)

Ms. Obazee grew tired of seeing the same Black authors promoted over and over again. “We kind of try and make sure that you are reading books, not just by the same people and not just by people who are well known,” she said.

Beyond the texts that are discussed, physical space is also key, particularly for Ms. Obazee’s largely queer membership (though the pandemic has put in-person meetings on hold).

The club serves as an exhibition as well, where Black and queer artists’ work is on display.

“That’s an opportunity for people who come to the book club to also become accustomed to the other forms of storytelling,” she said, “because it’s not just written. We tell stories in varying mediums.”

There are chapters of the Well-Read Black Girl book club, founded by Glory Edim, 36, in independent bookstores across all 50 states, thanks to a partnership with the American Booksellers Association. The clubs are self-directed but follow the same book recommendations, which include one monthly title for adults and one for Y.A. readers.

The book club also holds an annual festival, now in its fourth year. Past participants have included the novelist Jacqueline Woodson and the poets Aja Monet and Staceyann Chin.

“Last year our theme was reading as resistance, and it being a kind of radical act,” Ms. Edim said. This year’s event, which does not yet have a date, will be virtual, but its ambition is just as huge: “Trying to find ways to just have a really positive impact and move towards the Black liberation,” she said.